Vader Is Back; What Else Should Return In “Rogue One?” 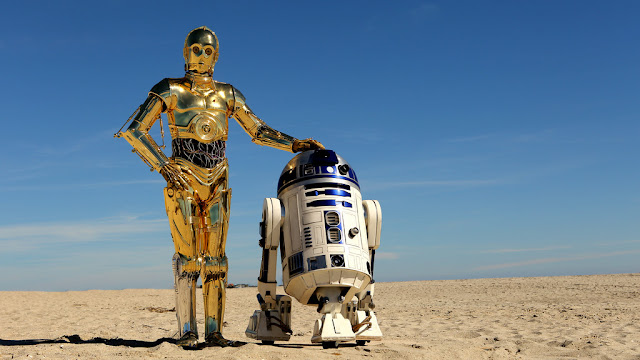 Fans of the original Star Wars trilogy from the '70s and '80s have to be excited about the first spinoff film coming from the revamped franchise this December. It’s called Rogue One: A Star Wars Story, and rather than furthering J.J. Abrams’s continuation of the core series, it will jump back in the timeline to the days in between The Revenge Of The Sith and A New Hope. Specifically, it will concern the rebels’ efforts to obtain the detailed plans for the Death Star that they conveniently have at the outset of A New Hope, filling in one of the bigger plot holes in cinematic history.

The hope, particularly for retro film fans, will be that Rogue One can actually feel like an older movie. Naturally, the visuals will be cleaner and the graphics more sophisticated, but if director Gareth Edwards can capture the atmosphere of the original film, it will be a triumph. And one of the ways in which he can most effectively do that is by infusing iconic elements of A New Hope and the old trilogy into this new film. The Verge, often on top of the latest information regarding major releases, posted the recently unveiled trailer for Rogue One and discussed plenty of exciting elements. This included everything from familiar ships, Stormtroopers, humanoid droids and, of course, the much buzzed about cameo by Darth Vader himself.

That trailer whipped the Internet into a frenzy, but it also begs the question of what other features, props, and characters from the old Star Wars world will be reappearing. Here are a few we think ought to be included...

It could be that this will be the first Star Wars film not to include a lightsaber at all, but that seems like a little bit of a gamble. This is undoubtedly the most popular prop in the Star Wars universe, and in fact that’s even been demonstrated at auction. Lottoland, a site that hosts the Irish lottery, sometimes comes up with fun articles on how a lottery winner might spend significant riches, and in one such post they delved into film memorabilia — ultimately revealing that Luke Skywalker’s lightsaber from A New Hope once sold for $240,000 at auction!

This is the legendary weapon of the franchise, and it would be a shame not to see it. Granted they can’t use Luke’s specifically, but some Jedi presence seems wholly necessary, even if the film takes place at a time when the Jedi were largely decimated. Perh aps a subtle appearance by Obi Wan himself would do the trick.

It’s easy to forget that R2-D2 was playing a role in the galactic conflict well before Luke got on the scene. Everybody’s favorite droid was rolling and beeping along doing God-knows-what (probably something heroic) and just happened to be used by Princess Leia and wind up in Luke’s hands one day. Sadly, his appearance in Rogue One would now function as something of a tribute.

News recently broke that Kenny Baker, who played R2-D2 in the original trilogy, passed away at the age of 81. There would have been no Star Wars as we know it without Baker, so for his sake, as well as that of lending some old school flavor to the new movie, it would be wonderful to see the droid once again.

One of the most popular characters from the Star Wars universe, Boba Fett may actually be getting his own spinoff akin to Rogue One some day. He’s always had an outrageously recognizable costume (something like a cross between a Ninja Turtle and a Stormtrooper), and in fact the site Star Wars Helmets (you can guess what they do) has several different replica designs of the helmet available for sale. But the thing is, the classic costume is pretty much all Boba Fett ever had going for him.

If he’s going to warrant a spinoff, his story could use some depth. There are threads all over the internet about this character being overrated, and when you think about his actions, and not just his cool look, he never really did that much. Rogue One could be a chance for him to become a deeper character more deserving of his reputation.

Some of the more recent Star Wars films have gotten a little carried away with vehicles zooming all over the place. One of the marks of simplicity in the older movies was that speeders that hovered a few inches off the ground were more popular modes of transportation, at least on planet surfaces. Who could forget Luke and C-3PO chugging along in what looked like the space travel equivalent of the sedan you inherited from your grandfather? The Force Awakens embraced this imagery a little bit with Rey’s own favorite land speeder, but it would be good to see more of the same in Rogue One.

This list could go on for quite some time, but you get the general idea. The presence of these props and characters would satisfy generations worth of Star Wars fans, and would help to make this film feel like an appropriate prequel (of sorts) to A New Hope.
Newer
Older