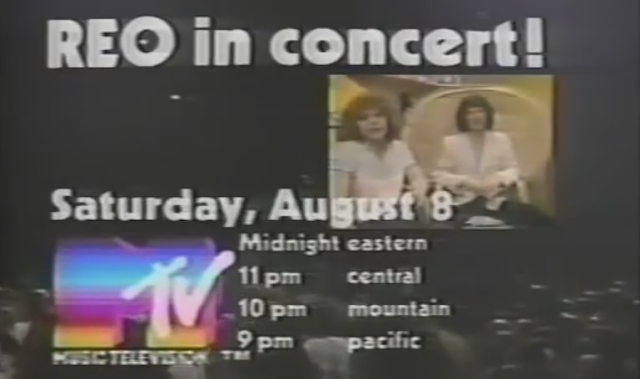 35 years ago today on August 8 1981, just a week after its initial launch, MTV broadcasted its first concert in stereo! Stereo sound was the high definition of it's day and referred to as high fidelity or "Hi-Fi." For those who had the home audio equipment to receive stereo, it was a big deal to now listen and watch concerts on MTV.

The inaugural band to be featured in MTV's first stereo concert was appropriately REO Speedwagon. The American rock band was on a new level of success, coming off the release of their 9th studio album Hi Infidelity which was a play on the Hi-Fi audio term. It would become the #1 rock album of 1981 and feature the band's first #1 hit "Keep On Loving You."


I couldn't find the full broadcast of the concert from Denver, CO, but I did manage to find several individual videos and saved them to the YouTube playlist below. Crank up your stereo sound and enjoy REO in concert!