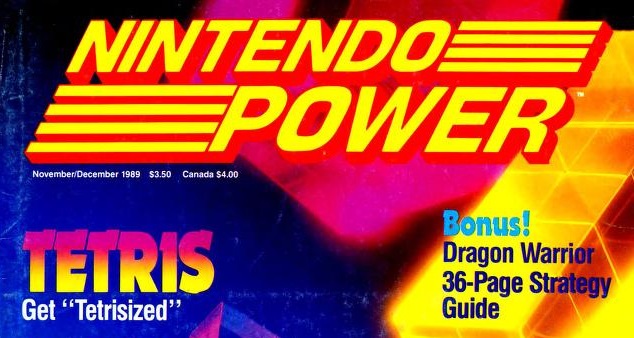 If you remember running to your mailbox to see if the latest video game cheats and hints were inside, then you probably remember subscribing to Nintendo Power magazine. Just this week, Archive.org began posting over a decade's worth of scanned retrogaming nostalgia for you to rediscover. Right now, the website has the first issue from 1988 up through June 2001.

I remember subscribing to the magazine for a season, but forgot how much each issue was jam-packed with information. It was my main source for NBA Jam codes to unlock all those secret characters like the Phoenix Suns gorilla mascot and President Clinton. I also remember the magazine being one of the pre-internet ways to find out if you wanted to purchase certain games and to know when the new releases were hitting stores.

Scrolling through several copies this week, I noticed some articles that made me realize that kids were getting more than just video game walkthroughs and passwords. The articles and games themselves were teaching kids real world cheats to prepare them for the future! Here are a few examples of how Nintendo Power prepped kids for high school, college, and even adulthood... 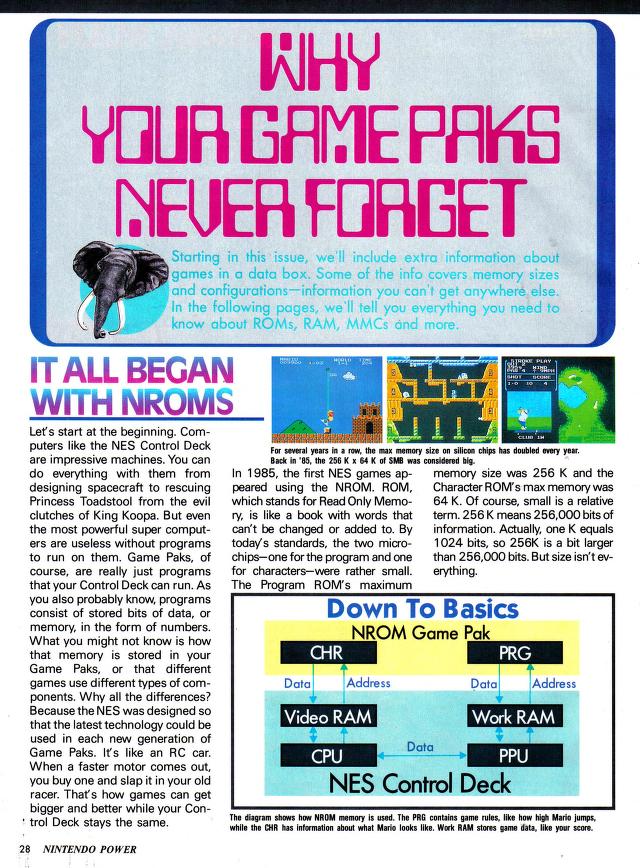 How To Be A Future Video Game/Computer Engineer - Beginning with an article in the Jan 1991 issue, Nintendo Power released all kinds of information like data box technology, memory, and compression which basically gave kids a crash course education in how video games work. Reading these articles should've earned kids college credits! 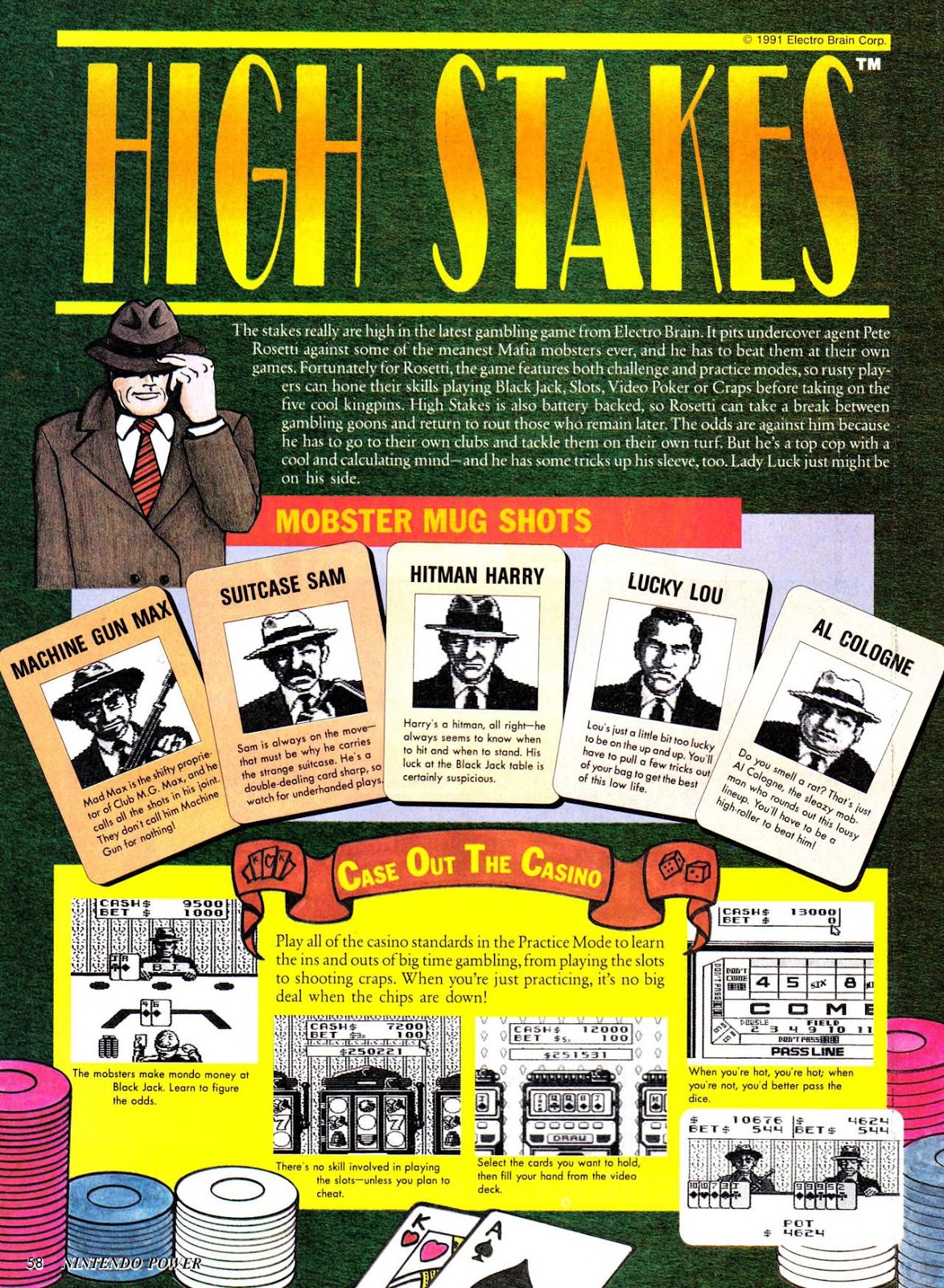 How To Beat The House - Do you want to learn the "ins and outs of big time gambling?" Back before the days of the internet and online casino guides like Casinority AU, kids could learn how to gamble with High Stakes Gambling for Gameboy and a little strategy from Nintendo Power. The feature in the March 1992 issues gave tips at how to be mobsters at Black Jack, Slots, and Draw Poker so I guess kids could make a run at Vegas if they saved up enough allowance. 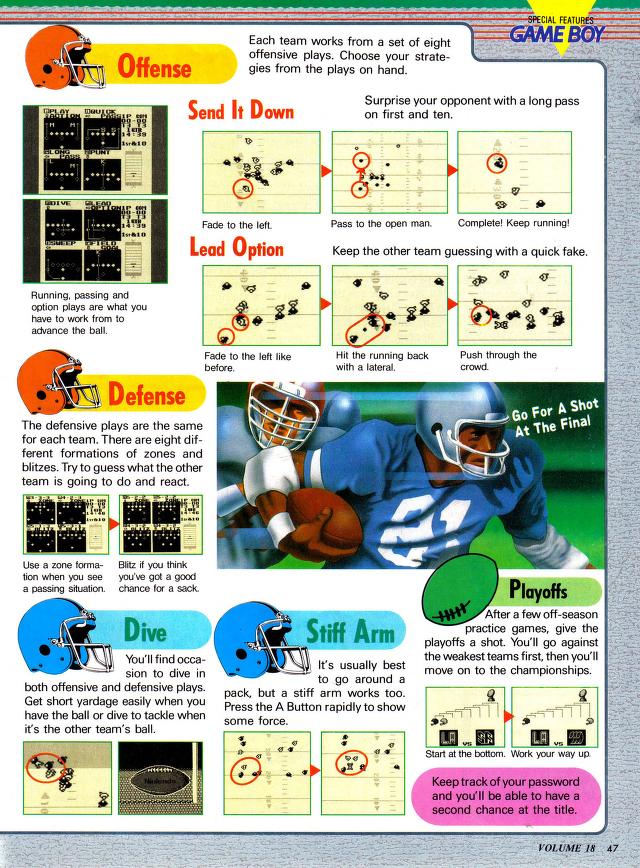 How To Excel At Sports - This strategy guide for Play Action Football on Gameboy from the Nov/Dec 1990 issue is one of many examples of kids being coached organized sports. Understanding how plays are executed and knowing how to avoid would-be tacklers prepped kids for organized football before even receving their first playbook. 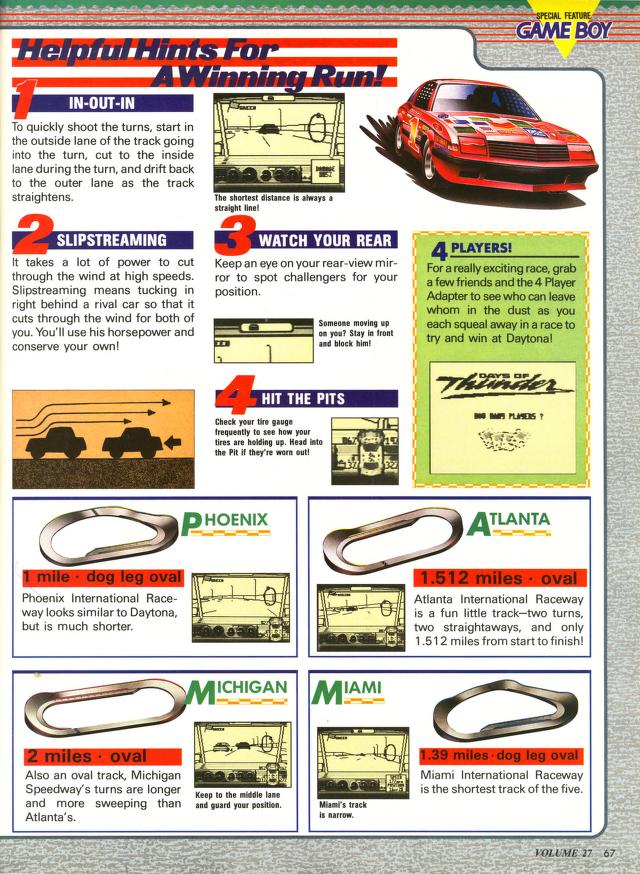 How To Drive A Car - Okay, maybe this is a stretch but teaching kids about wind resistance, checking your mirrors, shifting, and more was basically a preliminary driver's ed course. Racing games inspired us to be professional drivers but before we could dream of being on the racetrack, we were taught the basic controls and physics of our dream rides. 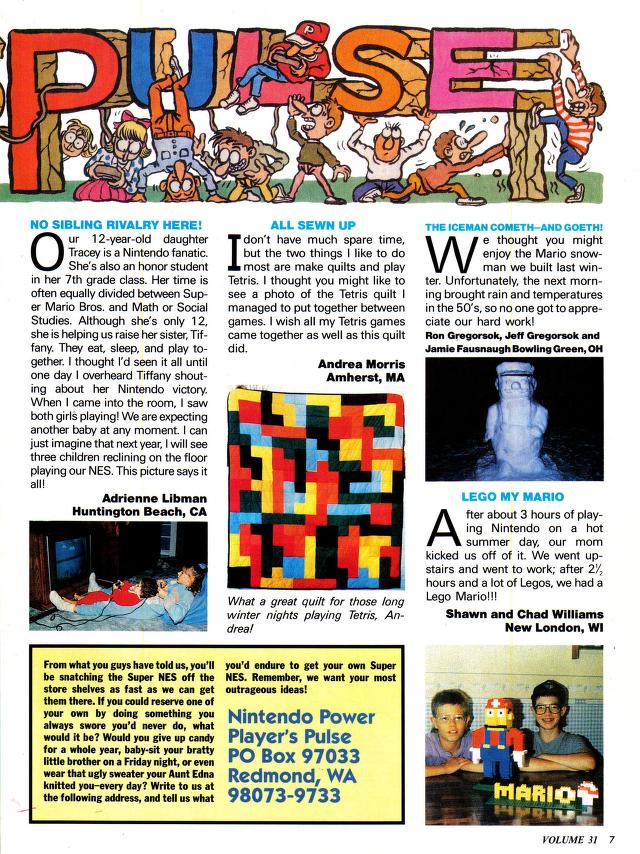 How To Express Yourself - If you had parents like mine, video games were looked at as an indoor activity when the weather was bad and playing more than an hour on a good day meant you were an addict. Through the "Pulse" section of Nintendo Power, kids learned they could take their gaming passions and express them outside the (TV) box when parents took away the controllers. And some of us "kids at heart" are still doing that nowadays through art, podcasts, and blogging.

What else do you remember looking forward to in Nintendo Power?