6 More Games and Apps That Explode With Vibrant 80s Flair 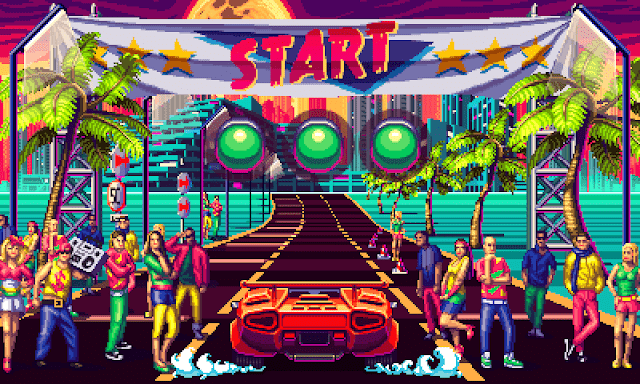 1980s style continues to flood the gaming and app market with neon colors and synthesized tones that are time-warping fun. Adapting classic games into the app store like the recently announce Super Mario Run is always appreciated, but new original games that incorporate vibrant '80s flair are also fun to discover. Several of these games have been reviewed right here including Chrome Death and 80s Mania Wrestling as well as fan-driven games like Nothing's Gonna Stop Me Now.

Even beyond the mobile games and online emulators, '80s style is now invading the digital platform Steam and Nintendo 3ds handheld consoles. Here are six games, some currently available and others close to being released, capture the culture we long to surround ourselves in during our gaming experience.

80's Overdrive is a 16-bit old school racing game with a modern touch or as they describe it's "like Outrun, but cooler. Like Rad Racer but more rad." Published by Insane Code, the racer features handcrafted, stereoscopic 3d pixel art graphics and retro-electronic music which is the formula for '80s style. It features the familiar beat-the-clock mode that so many classic racing games incorporated along with a career mode. You can find 80's Overdrive for Nintendo 3ds and check out more screenshots (besides this article's headline image) on the official website.

Coming to Steam in October is Brigador, an isometric vehicular action game that puts you into what feels like an '80s sci-fi film. The first commercial title by Stellar Jockeys is a mission-based game that showcases mech destruction in a cyber-punk style environment that screams Blade Runner. The techno-synth soundtrack also meshes with the theme. Early access on Steam begins Oct 16 with the final release date later this year. Check out the launch trailer on YouTube. 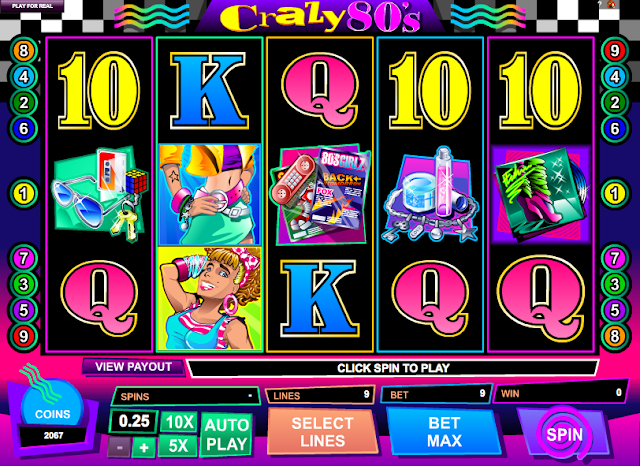 Online bingo and casino sites are swiftly becoming some of the most popular gaming sites on the Internet, so it’s no surprise that they are embracing the glorious decade that is the 80s. Whilst most other websites host retro arcade and console games, online bingo brands like 32Red Bingo are home to entirely new yet nostalgic games including the popular Crazy 80s game. This bingo room transports you back to the 1980s when neon legwarmers and huge hair were at the height of fashion whilst maintaining the modern standards of gameplay we’ve come to expect. If you’re a fan of tacky jewellery, aviator glasses and audio tapes, then Crazy 80s is for you.

If you're interested in similar casino and bingo titles that with that 80s flare, in addition to 32Red there’s also Online Casino City where you’ll find 80s-themed games like the 80’s Boombox and 80’s Night Life online slots, both of which are packed with nostalgia as well as free spins and bonus rounds. Based in the USA, Online Casino-US also has a slot entitled So 80’s that is so retro you’ll feel like you’ve gone through a time portal. Needless to say, online casino and bingo players are certainly not short of exciting 80s games! 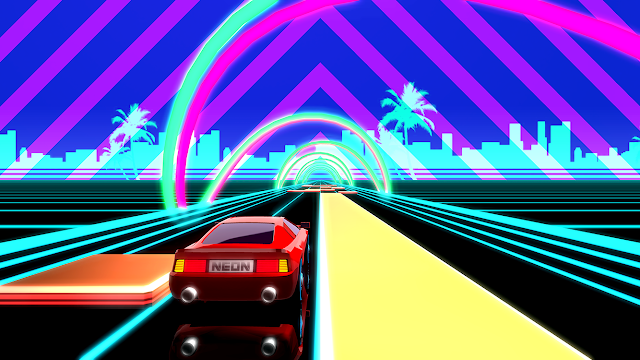 Neon Drive is a slick retro-futuristic, obstacle-dodging game developed by Fraoula "that will make your brain melt." It's safe to say that most endless runners can't boast about having this much neon, chrome, and robots. Neon Drive also features a killer retro synth soundtrack that is perfectly in sync with the obstacle course. You can find it through Steam for both PC and Mac as well as an iOS version in iTunes. Visit the official site also has rad wallpapers for your cpu or mobile device. 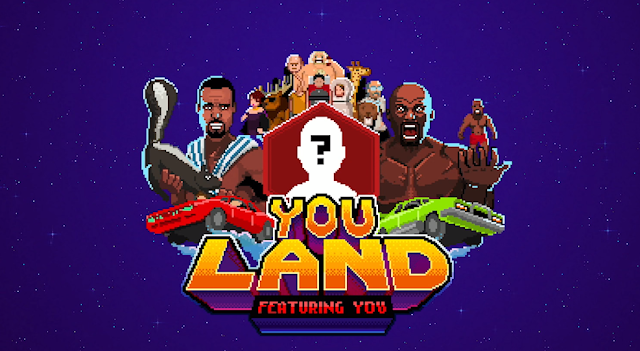 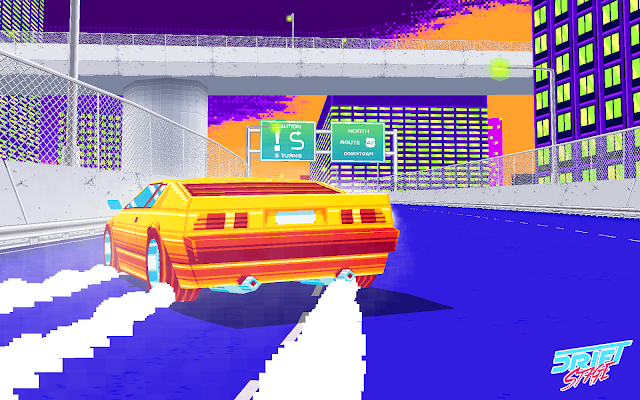 Drift Stage is a modern evolution of the classic arcade racer, updating gameplay while also keeping vibrant 80's style. Featuring a roster of cars inspired by the mid-late 80's and early 90's racing, Drift Stage will have tracks ranging from city streets to coastal beaches and everything in between. The game comes fully loaded with single-player modes including a character oriented career mode, circuit races, and leaderboard chasing time trials. Local splitscreen and online multiplayer races will also be in full swing. The Kickstared game is  currently targeting an initial PC/Mac release with a possible mobile/console release following.
Newer
Older