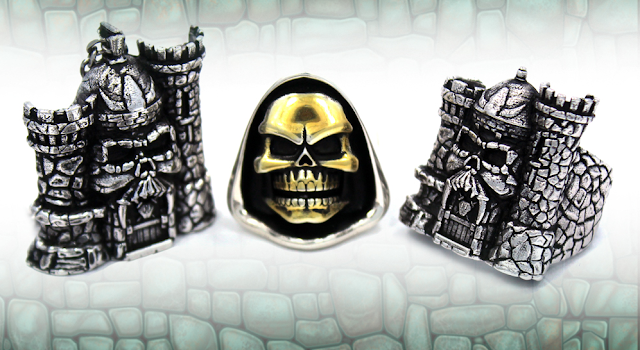 A few weeks back I featured powerful and officially-licensed jewelry from Han Cholo which includes properties like Star Wars, Voltron, and Masters of the Universe. Two new spectacular designs have been added to their MOTU collection and will be featured this weekend at New York Comic Con.

The new Castle Grayskull design is a long time coming for Han Cholo creator/designer Brandon Schoolhouse. When he first started the company, Schoolhouse he had been itching to get the MOTU license and design a Castle Grayskull just like the playset toy from back in the day. Now that Han Cholo holds the license, his idea has come to life in a high quality sterling silver ring and pendant as well as a stainless steel keychain. 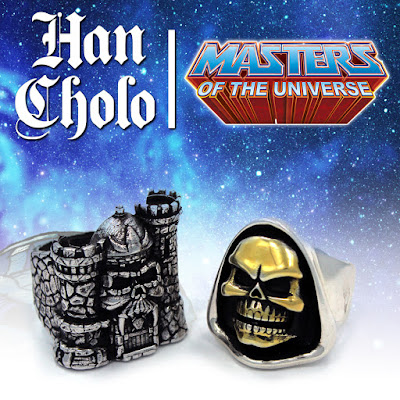 The new Skeletor ring is a take on the character from the original Filmation TV series, mimicking the laughter of He-man's nemesis. The new ring is also made from high quality sterling silver and 14k gold-plated vermeil. Take a closer look below:

If your planning to attend NYCC over the weekend, check out the Han Cholo booth #127 for an up close and personal encounter with the new pieces and more form their MOTU collection. If you can't make it to New York, you can order now online at Han Cholo and view their entire collection. Word is sales have been pouring in since the release so get yours in now! 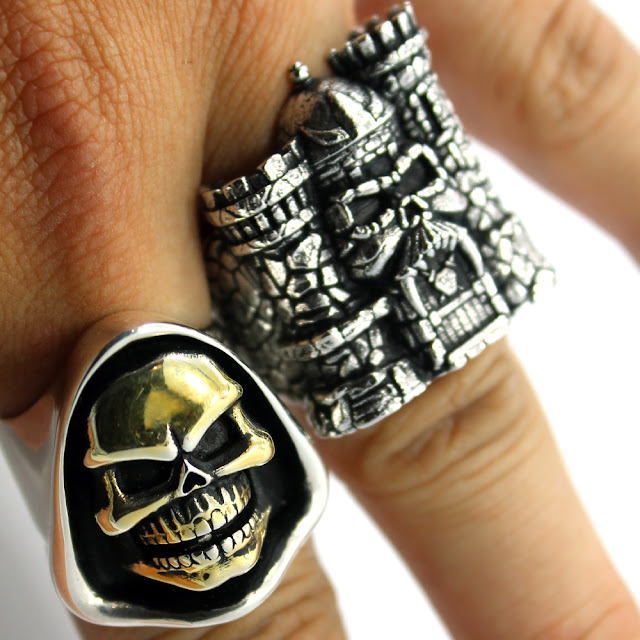