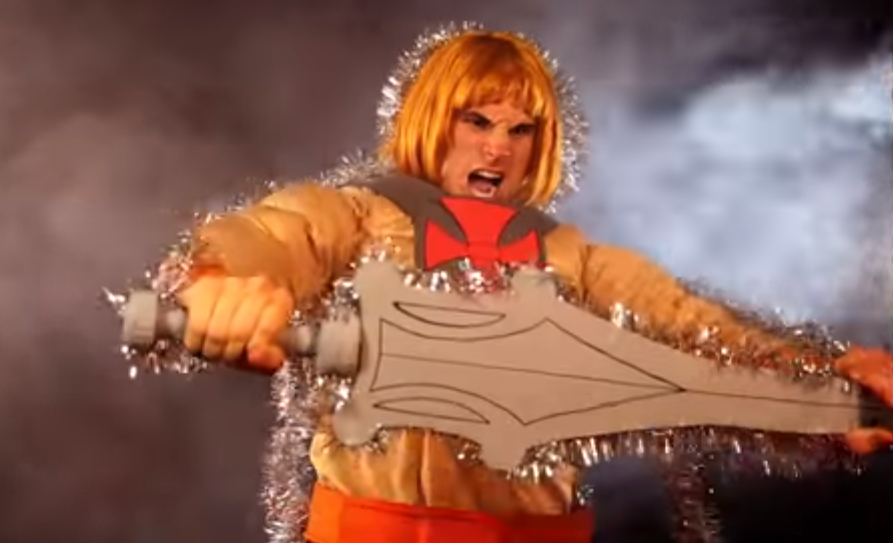 Continuing their homemade video series, Cinefix took a break from filming modern movie trailers and took a step into the past. Their latest video recreates the intro for the 1983 He-Man and the Masters of the Universe animated series! Using live-action actors along with some classic action figures, the new video takes each scene from the opening sequence and recreates them shot-for-shot without any visual effects.


Pretty awesome, right? What really impressed me is watching it side-by-side with the original and seeing just how close they recreated it. The practical effects and costumes make it very fun to watch but it takes some filming talent to get as close as they did to the original Filmation opening. Watch the side-by-side video below and if you still want more, go behind the scenes.