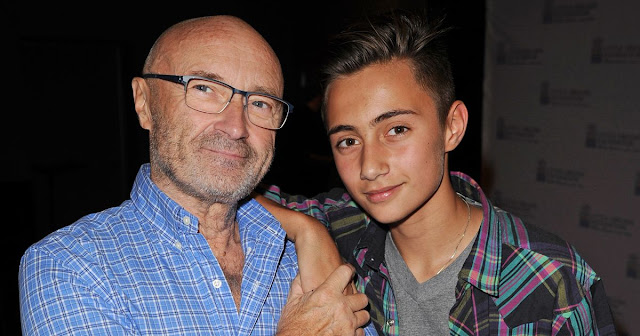 Phil Collins is set to release his memoir Not Dead Yet on October 25 and will embark on 3-city mini tour in Europe to support the book according to NME. Collins is expected to be very candid about his life, three marriages, alcoholism, and the "heartbreak that’s inspired his music." While his physical ailments have also been public and forced his "official" retirement in 2007, he is making steps to come back into the music world with this new tour and recent performance at the U.S. Open Tennis Tournament. He is also entertaining new collaborations with artists including Pharell Williams.

Collins is also making stride in his personal life with plans to remarry his third wife Orianne Cevey and his 15-year old son joining him on the new tour. Nicholas Collins has taken after his father's footsteps and been playing drums from "as early as he can remember" according to a recent interview. It sounds like he also wants to make a career of it and has a new band What You Know to prove it. (Collins older son Simon also has a band called Sound of Contact.) Check out some recent performances featuring Nicholas Collins on drums.