Muppets 'Pigs In Space' Returns To YouTube With 'Alien' Episode 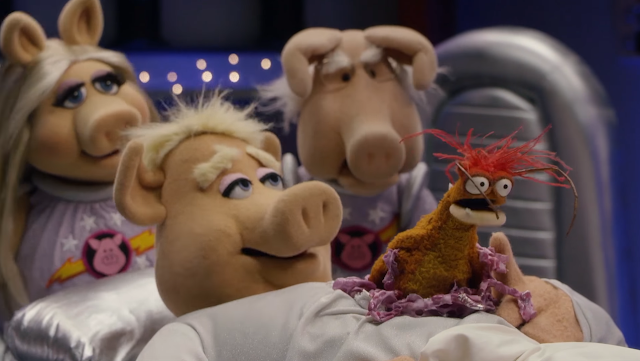 After more than 20 years of floating in the final frontier, "Pigs in Space" is returning to the official Muppets YouTube channel with new episodes! Rejoin Captain Link Hogthrob, First Mate Piggy, and Dr. Julius Strangepork aboard the S.S. Swinetrek for all-new episodes beginning with "Alien: Look Who's Coming to Dinner."

Watch the fun Alien parody below as the crew tries to match wits with an annoying alien stowaway who really knows how to get under Capt. Hogthrob's skin. Subscribe to the official Muppets YouTube channel to be the first to watch new episodes...