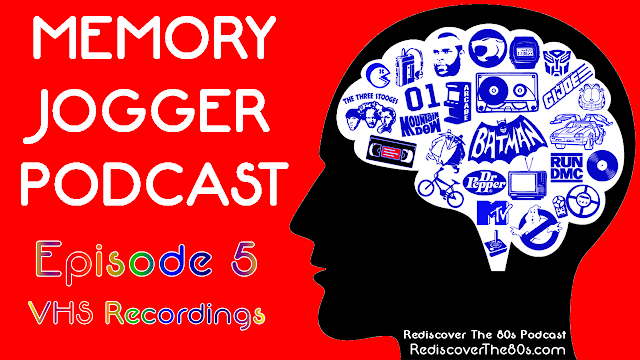 In episode 5 of the Memory Jogger Podcast, Jason & Wyatt discuss their VHS Recordings through the years after digging through their actual libraries. We talk about our first interactions with a VCR up through the last shows/movies we remember taping. After listening to the show, interact with us in the comments below and we'll follow up on our next show.


You can find the new Memory Jogger Podcast as part of the Rediscover the 80s Podcast feed. Search for it in your favorite podcast app or find it on iTunes, Google Play, and Stitcher. You can also find the show on the Throwback Network of podcasts and listen to the raw audio from our recording session on the RD80s YouTube channel...