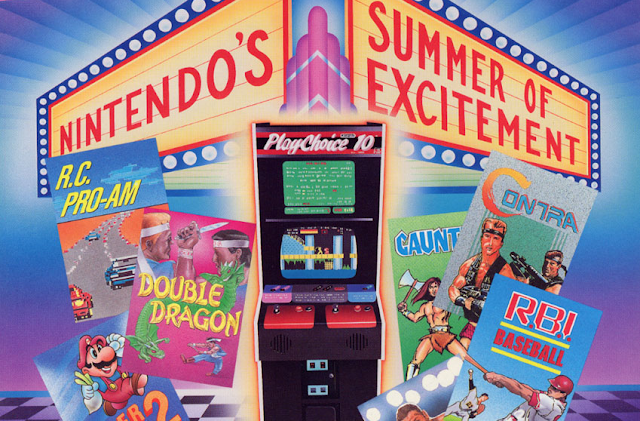 Over the last several years, there has been a big boom of companies ready to build the ultimate arcade cabinet. In one machine, you can now get thousands of games at your fingertips instead of housing several machines. Back in the '80s when the arcade industry was at its peak, it seemed rare to find a machine with 2, 4, or if you were real lucky, 10 games that you could choose to play on one machine!

The arcade I visited last year during my Road Trip To 40 had a Neo Geo arcade machine. Just walking up to it and scrolling through the games was somewhat overwhelming. Now, I'm not snubbing the technology by any means, but as a kid (and during my arcade experience last year) I loved the traditional arcade setup. For me, there was nothing like going from game to game and engulfing myself in each machine's individual style.

Using the Arcade Flyer Archive, I thought I'd dive into the history of multi-game arcade machines and see just how far back the technology began to hit the market. 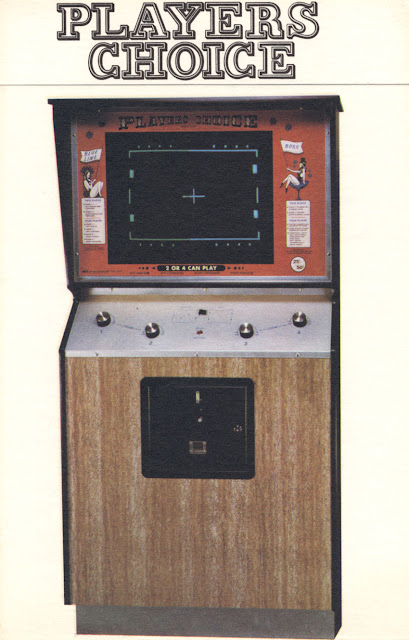 Players Choice by P.M.C. Electronics (1974) - Players Choice was versatile in two ways, offering two different games and 2 to 4 players. Blue Line was a hockey simulation game with "features galore." Boss was an elimination style game that was a combination of Pong and Breakout. Players could use the paddle to catch, aim and fire balls at opponents. The machine itself came in either an upright cabinet or sit-down console. 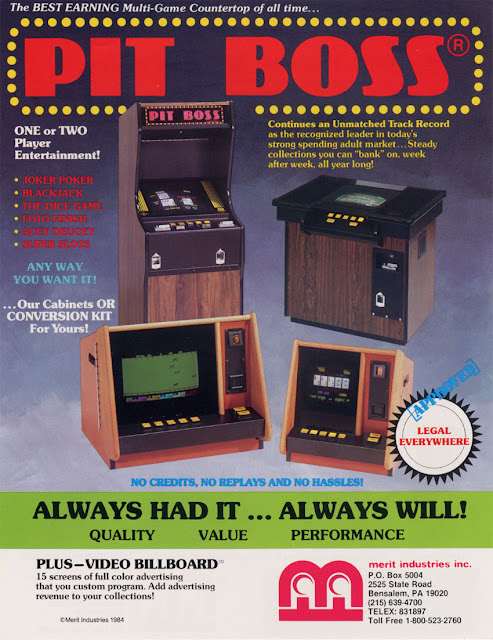 Pit Boss by Merit Industries (1984) - Pit Boss wasn't the first multi-game arcade machine for Merit, but would be one of their most successful with sequels in the late '80s and '90s. Before you could get your gambling fix online at casinos like Mega Jackpot, Pit Boss offered six traditional casino games in four different style machines. With Joker Poker, Blackjack, The Dice Game (craps), Super Slots, Foto Finish (horse racing), and Acey Duecey games, players could enhance their gambling skills for the low-risk cost of 25 cents. Merit also gave the style options of an upright cabinet, sit-down cocktail, or a countertop in two different sizes. Pit Boss was even developed into Pit Boss Super Touch 30 in 1998 offering touch screen play and other game genres like trivia, word, and puzzle games. 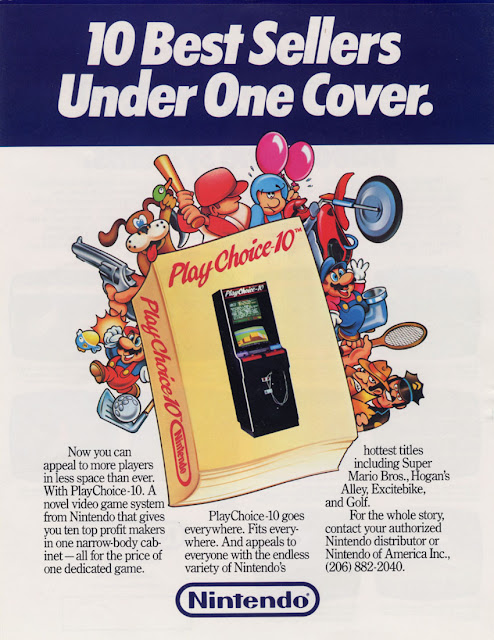 PlayChoice-10 by Nintendo (1986) - PlayChoice-10 was a true "game changer" featuring 10 of Nintendo's popular NES home console games into one upright cabinet. A quarter gave players a time limit to play and even switch between games as many times as they wanted. The cabinet also gave owners the option to switch out games over the years and keep it fresh with 54 total games being released until 1991. PlayChoice-10 was the first machine that had an impact on my gameplay at the arcade since I owned a Sega Master System and only played NES when I visited my friends. 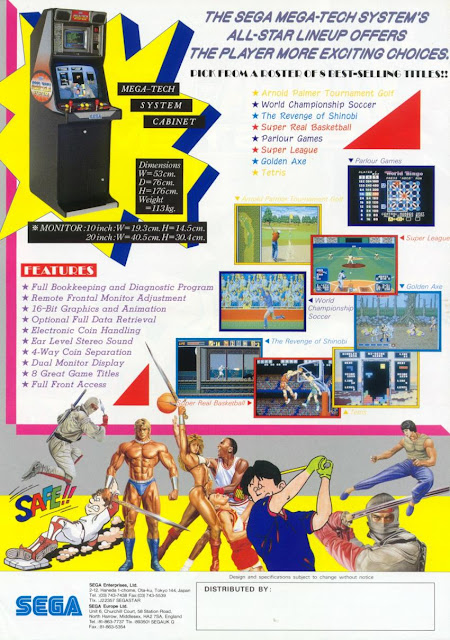 Mega-Tech System by Sega (1989) - In response to the PlayChoice-10, Sega released the Mega-Tech System featuring eight popular 16-bit games released on Genesis (Mega Drive). Sega Master System titles were also later ported to the arcade cabinet. US residents would have missed out on it because tt was released only to Europe, Australia, and Asia. 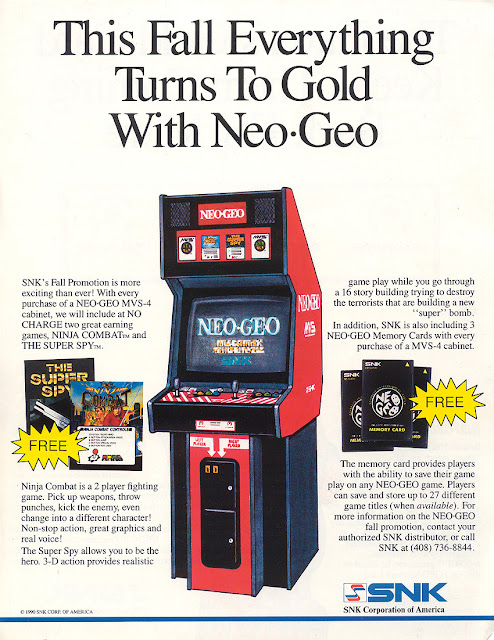 Neo Geo by SNK (1990) - Neo Geo was another technology breakthrough in the multi-game arcade industry. The cartridge based system was more powerful than any console and rival machines of the time. Players could also save their game progress on memory cards to continue at a later time or even resume on the Neo Geo home console. 148 games were officially released for Neo Geo up through the early 2000s.
Newer
Older
Powered by