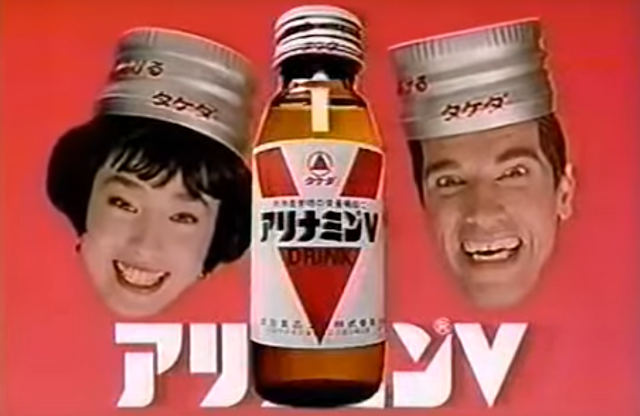 Back when international action star Arnold Schwarzenegger was telling us "I'll be back" and to "get to the choppa!", he was also appearing in several TV commercials in Japan. Now, you might expect him to be the spokesman for fitness equipment or vitamins, but instead he mainly appeared in outlandish ads for household food products. Among those products were Kowa coffee, Alinamin V energy drink, and Nissin Cup of Noodles. 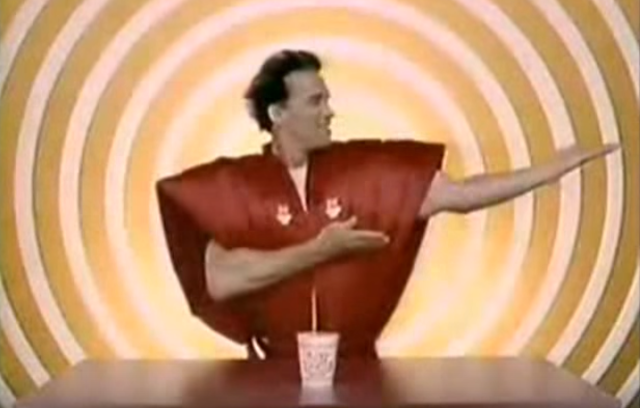 Thanks to right-hand column of suggested videos on YouTube, I recently came across a supercut of 30 Japanese commercials starring Arnold Schwarzenegger. My first thought was how much did he get paid to appear in all these bizarre ads? Being one of the most popular actors of the time, you would think in the tens of millions, right? Or was this just a marketing ploy for Japanese households to watch his films? I supposed the likely reason was for both exposure and the paycheck (and maybe to be one-upped by rival action star RoboCop.)

I guess it's just weird to me that Arnold didn't do many American commercials during the height of his popularity and now only seems to appear in zany beer ads during the Super Bowl or ads for the Mobile Strike app. We got glimpses of his humor in films like Twins and Kindergarten Cop, but these Japanese commercials simple take fun to a whole other level. Check out the supercut below...