The 6 Best Game Show Mascots from the '80s 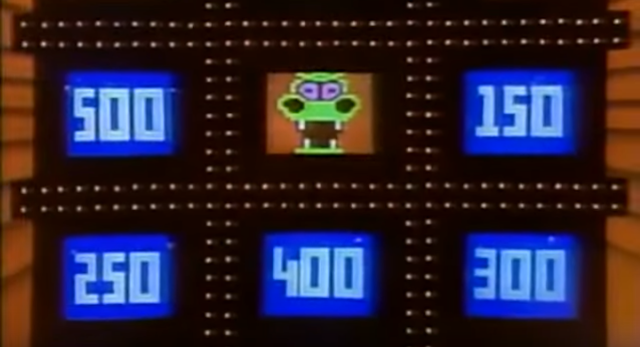 I've always been a fan of game shows and the '80s were packed with some of the best. Whether it was network shows that aired in the morning or kids games in the late afternoon, I was always ready to play along. I remember when the USA network also ran a block of game show reruns in the afternoon hours and I watched often during summer breaks from school.

'80s game shows even had mascots, some that were intentionally part of the game while others were more just "regular" appearances of characters, people or even animals. Game show mascots led a couple different purposes, but the most common was usually the show's villain or "booby prize" that took away the contestant's winnings. Let's look at some of the best mascots appearing in both US games shows and also across the pond in the UK...

Whammy from Press Your Luck (1983-86) - One of the most famous game show mascots, not just of the '80s but all of television history, is the Whammy from Press Your Luck. It's probably my favorite game show ever mainly because of the Whammy and all of his (and hers, if you remember Tammy) animations that would appear on screen to take away the contestant's money. The Whammy was the ultimate equalizer and always appeared no matter how much you dedicated your spins to deities, family members, or Lady Luck.

Dragon from Tic Tac Dough (1978-86) -  The Tic Tac Dough dragon was incorporated in the 1978 for the bonus game. After winning the normal round, contestants got to choose from the numbered 1-9 squares to win extra cash and prizes. Finding the dragon meant you lost any winnings tallied in the bonus game. At one point, the show incorporated an audience Dragon Finder game which was like a reverse bonus game where the goal was to be the first to find the dragon. 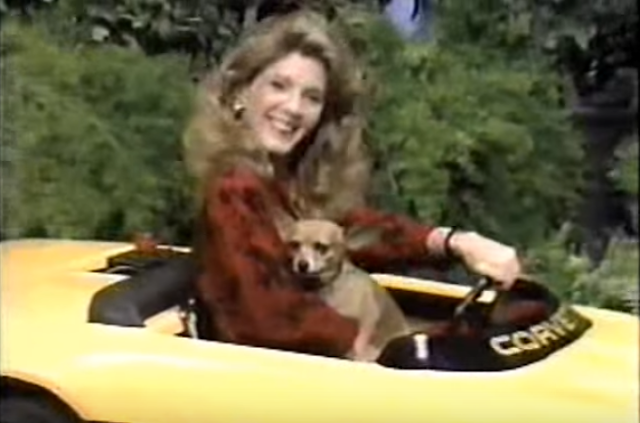 Pokey from Classic Concentration (1987-91) - Alex Trebek's assistant Majorie Goodson (producer Mark Goodson's daughter) on Classic Concentration would present feature prizes during the show. On occasion, she would be accompanied by her dog Pokey. While the chihuahua didn't appear on every show, he was still in my eyes the show's mascot with Trebek frequently telling the contestants he wasn't included with the prize. 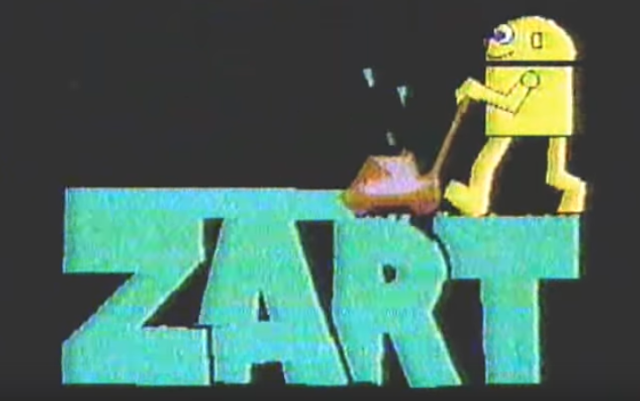 Herbie the Robot from Catchphrase (1985-86) - The short-lived game show Catchphrase featured an animated robot Herbie who would assist with explaining the game to the contestants and audience. As shown above, Herbie is mowing the grass showing the word "zart" so the catchphrase is "Mozart." The UK verison of the show was a huge hit and ran from 1986-2004. It featured a similar mascot except their robot was called "Mr. Chips" and had a more predominant red nose. 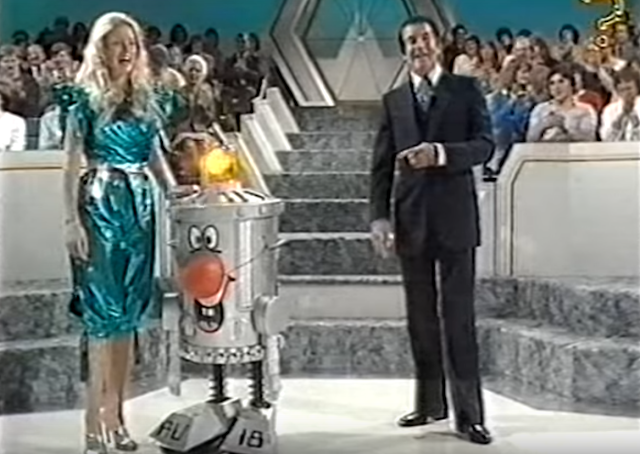 Dusty Bin from 3-2-1 (1978-88) - Speaking of red-nosed mascots, the popular British game show 3-2-1 featured a robotic trash can with a red clown nose called "Dusty Bin." The character appeared animated in the opening credits and also during show as well as a stage prop who was remote controlled (cutting edge technology when the show debuted.) Each show featured a theme and along with the hostesses, Dusty would also be dressed up in costume. 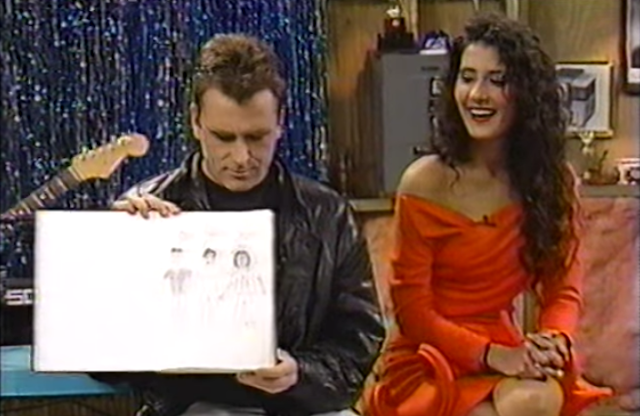 Colin Quinn from Remote Control (1987-90) - Hosted by Ken Ober, MTV's Remote Control featured a supporting cast of mascots/co-hosts/sidekicks that would help with trivia questions or showcase prizes. While the show featured several hostesses over its 5 seasons, one staple member of the supporting cast was Colin Quinn who I see as more of the show's mascot. What did he do exactly other than occupy space or sketch the contestants? I guess he was officially the announcer but to me, he was just the cool guy that hung around and kept you entertained during the show. 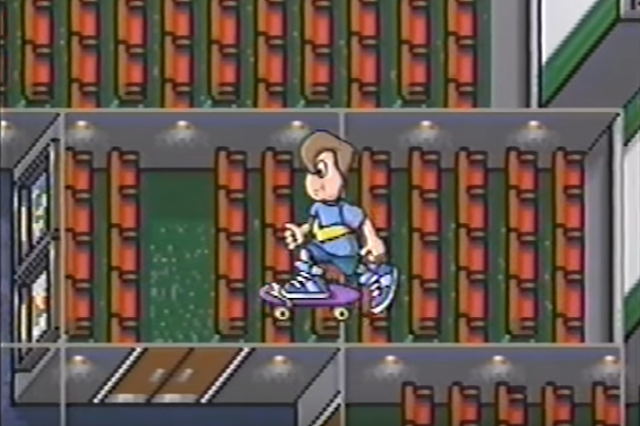 Mikey from Nick Arcade (1992) - In the early '90s, I remember watching Nick Arcade on Nickelodeon which was a fun game show that put you inside a video game for the bonus round. But during the early rounds, teams of contestants answered questions to move "Mikey" across the virtual game board. Each square in Mikey's world offered either points, puzzles, pop quizzes, or prizes.