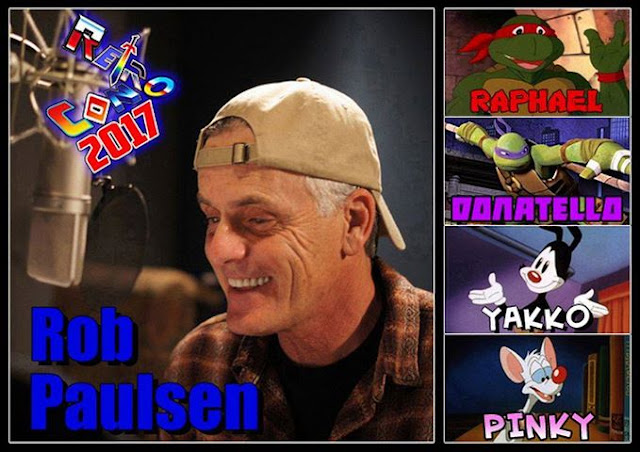 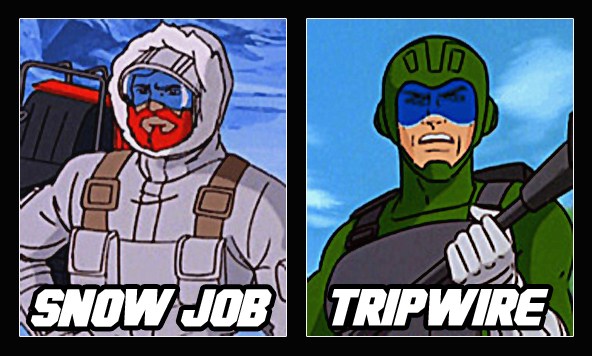 Paulsen started his voice acting career in 1983 as Snowjob and Tripwire in the original G.I. Joe: A Real American Hero miniseries. He would later portray characters on The Smurfs, Transformers, The New Adventures of Johnny Quest, Ducktales, Saber Rider and the Star Sheriffs, Disney's Adventures of the Gummi Bears, and many more. He not only is Donatello now, but was also Raphael in the original Teenage Mutant Ninja Turtles series. Paulsen also has several '80s live-action credits including guest appearances on MacGyver and St. Elsewhere plus an uncredited role and voice of Dink in Spaceballs (according to IMDB.)

Paulsen furthered his voice talents in the '90s including the award-winning role of Pinky in Pinky in the Brain, and more shows like Tiny Toons Adventures, Goof Troop, Might Max, Biker Mice From Mars, Animaniacs, Stanley Ipkiss in The Mask. and Spike in the many The Land Before Time film sequels.

Paulsen joins fellow G.I. Joe alum Arthur Burghardt (Destro) at RetroCon 2017 along with Transformers tribute band The Cybertronic Spree in what will be an epic show on October 14 & 15 in Oaks, PA! Visit Retrocons.com for more info on advance tickets and vendor tables. RD80s contributors Jason and Wyatt are planning to attend and report on all the action so we hope to see you there! Be on the lookout for more Retro Con announcements as the show nears.
Newer
Older