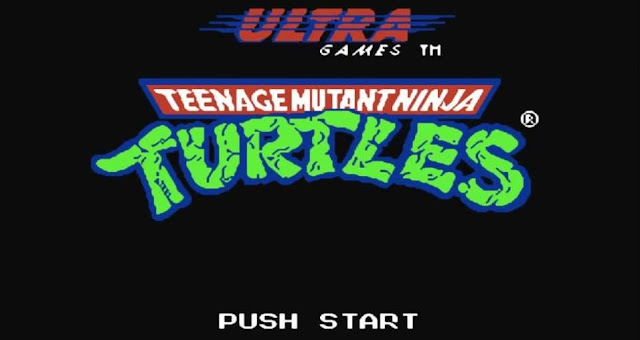 Back in the 8-bit day, I feel like I was drawn into certain games more than just by its improved graphics. Sure it was exciting going from a blocky Pitfall Harry on Atari 2600 to ALF on the Sega Master System but I believe that the game soundtracks impacted me as well.

As I mentioned, I got a Sega Master System (I guess to be different) while most of my friends had the Nintendo Entertainment System. Not having an NES right away made those trips over to friends' houses a little more special when we would fire up the video games and I heard the soundtracks. While the SMS had some great soundtracks (which I might tackle at a later date,) the NES seemed to have many more games that I enjoyed alot more as a kid.

I think some of the sounds were so satisfying just because of the progression. The farther you made it in a difficult game, it was exciting to hear the new music when you made it to the final stage or boss. The sound effects also mattered because those were likely what you heard most throughout the game whether it was shooting a gun or simply jumping. Of course, the Super Mario Brothers soundtrack is the prime example with the different themes like the main, underground, and water levels themes we all know by heart. Add in all the sound effects for jumping, fireball, and shrinking and hopefully you understand just how important the audio was to making it one of the NES video game icons.

Thanks to WiiGuys 8-BitStereo channel, many of the 8-bit era soundtracks across all platforms are available to rediscover on YouTube. Here are several of my NES favorites that instantly take me back to visiting my friends' houses as a kid.


Teenage Mutant Ninja Turtles - I first played TMNT at my friend Mike's house. I remember having his Nintendo Power magazine on hand to help us with strategy and the map of all the buildings when you drive the Party Wagon. We spent hours on that underwater stage that it's theme is forever ingrained in my brain. But no matter how frustrated we got, hearing the title theme was enough to get us charged to press start again.

Contra - I have a deep love affair with Contra. In fact, if Contra was an Olympic sport I think I could win the gold medal. It all started when I visited a little league baseball teammate after practice one day. He introduced me to the game and for years, it was probably the main reason I wanted an NES of my own. I still love to play it even now and the soundtrack is a big reason why. The music really sets the tone for the fast-paced action and the sound effects are perfect too. The stage clear effect has been by text message notification for awhile now.

Double Dragon II: The Revenge - LOVE this soundtrack and it's probably the reason (and the hurricane kick) why I think Double Dragon II is the best game in the series. Again, the music gives me a sense of progression in the game in that there is a different theme for each stage. Plus, the melodies seem to match the surroundings like for the Mansion of Terror stage. I also lived for the stage clear theme in this game like Contra.

Super Mario Brothers 3 - I can vividly remember my first viewing of the game. It was at a friend's birthday party and he literally tortured his guests by making us watch him play his new present. That's right, there was no passing the controller that day. The best part was, just watching the game and hearing the soundtrack made it okay to give him all the glory that day. The themes like for the Air Ship and Boss Battles made the game all the more exciting and intense. It was like that first time I experienced the original Super Mario Brothers but to the Nth degree.


Sky Shark - I played this game mainly at my pal Wyatt's house. It was a difficult game then and even when I play it now. But even though it was frustrating at times, the title theme (also used in stage 2) had a nice rhythm that seemed to keep me wanting to hear more of it. In fact, we would often fire our plane's missiles with the theme's beat. And when we did manage to make it to stage 3 or 4, it was like those themes were the greatest 8-bit tunes ever created.

So that's my five favorite soundtracks from the NES days. I know some of you will have different favorites seeing my lack of Zelda and Mega Man from the list (I just didn't play much of either of those.) Let me know the NES soundtracks that enhanced your gaming experience in the comments...
Newer
Older