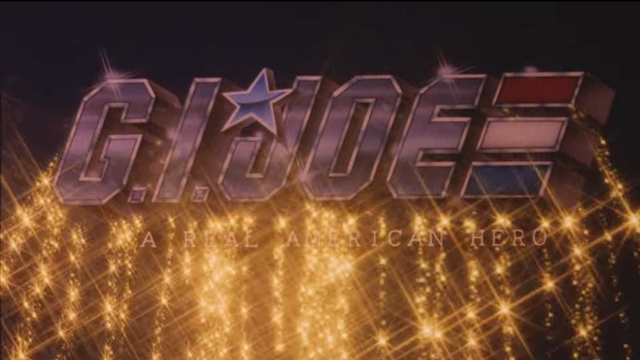 April 18 marked the 30th anniversary of G.I. Joe: The Movie and I recently got to be a guest on a fun retrospective podcast. Thanks to the poor box office performance of Transformers: The Movie and My Little Pony: The Movie, the 93-minute battle between G.I. Joe and Cobra was instead a direct-to-video release. The film would also be broken up into a 5-part miniseries as a part of the syndicated G.I. Joe: A Real American Hero TV series.

The movie (and perhaps the best animated opening title of all time) has been part of my VHS collection for many years. I got to rediscover it recently as a part of the brand new Horror Movie BBQ Podcast hosted by Chad E. Young. Chad was recently a guest on the new Rank 'Em show for the Rediscover the 80s Podcast and also appeared several times on the now defunct Recurrent Events show that I hosted.

Chad also invited fellow '80s enthusiast Shawn Robare of Brandedinthe80s.com to give our collective thoughts on the film 30 years later. We go into detail about the title sequences, the weirdness of Cobra-La, favorite characters that debuted in the film and much, much more. Check out the podcast now in iTunes or subscribe to the Horror Movie BBQ RSS feed. You can also stream the episode below.

Leave your thoughts on the podcast or G.I. Joe: The Movie in the comments below!