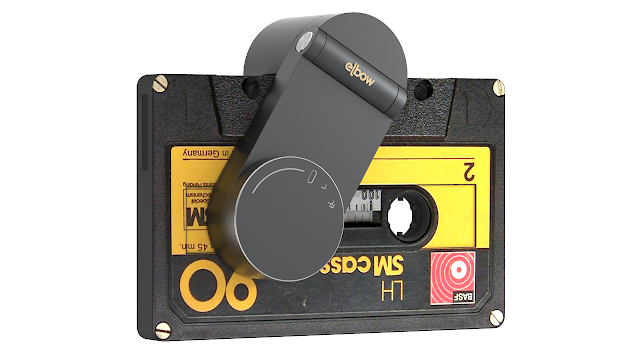 It could be time to raid your storage boxes thanks to a new audio device with the potential for resurrecting audio cassettes! The Elbow Cassette Player by BrainMonk is a modern, simplified concept for playing (and wearing) your cassettes that have been collecting dust. Elbow's design allows the cassette to, in a way, play itself by attaching to the actual cassette instead of inserting into a tape player like the classic Sony Walkman.

Here's an official video showing off the concept:

Elbow's functionality is executed through its biaxial arm that swings to insert in either cassette wheel. A control wheel on the arm would provide playback, volume, and fast forward with variable speed. Of course, the Elbow would have the standard 3.5mm audio port for headphones, but also a mini-USB port to charge the device AND transfer audio from the cassette to a computer! 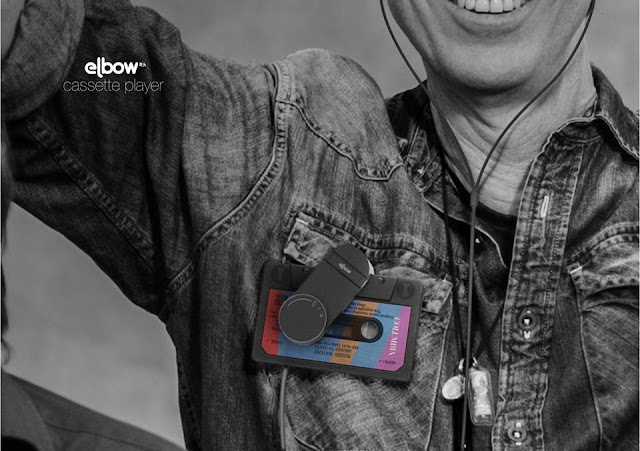 The Elbow Cassette Player is now in prototype stage after gathering market research data and even winning a couple design competition awards. According to Facebook, its designers are using the survey data to crunch the numbers on "product pricing, target audience and features, and deciding on further course of the project."

As far as my first impressions of the Elbow Cassette Player, I am beyond excited to get my hands on one. There have been many modern devices that have given us a new way to consume '80s pop culture like the NES Classic Edition console. But the Elbow would allow us cassette hoarders to use our original tapes which is very appealing when compared to removing the tangibility of '80s technology. I mean, how many looks would you get at the gym with a cassette pinned to your shirt instead of a phone strapped to your forearm? That's what I'm looking forward to...the potential culture shock imposed by the Elbow rather than listening to the music itself. I've been slow to build a digital library for my favorite '80s albums and even went back to collecting vinyl, but the portability of the Elbow over vinyl also makes it so appealing.

Leave your initial impressions of the Elbow in the comments below!