How Retro Arcade Games are Making a Comeback 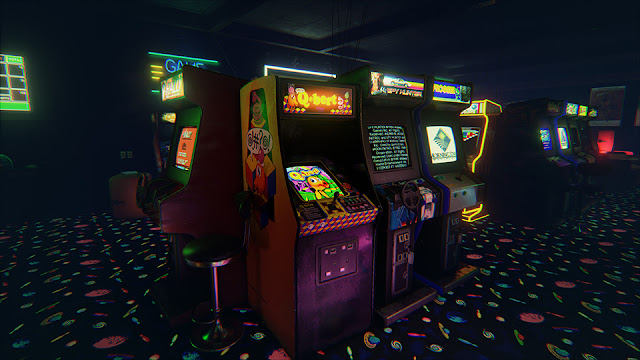 How Retro Arcade Games are Making a Comeback
by Gene Goodman

Besides big hair and loud guitars, the '80s brought us the era of the video game. In the early '80s, arcade video games started popping up everywhere, often referred to as the golden age of arcade games. Pinball machines were revenue-driving machines in arcades before video games took over. Games like Donkey Kong, Pac-Man, and Dig Dug became what the younger generation wanted to play. Very quickly, the industry caught up with the demand. From 1980 to 1982, the demand for these arcade video games more than doubled. There were over 360,000 Space Invaders sold alone, the highest-grossing entertainment product of its time.

Manufacturers of these games came out with amazing looking cabinets. The artwork would grab your attention and make you feel like you are almost a part of the game. These machines sold for thousands of dollars because they made the locations thousands of dollars. By 1981, the arcade video game industry earned 5 billion dollars in revenue.

You could find arcade video games in every mall, movie theater, and corner store. Kids would line up around the corner with all the change they could come up with just waiting to play. There was something special about saving up all of your money just to spend it in a single day playing your favorite game and making sure you had the highest score. It was also the only way to play the latest video games available was to go to an arcade.

In the late '90s and early 2000s, things began to change. A newer generation wanted better graphics and more game options. Home gaming systems started keeping players out of the arcades and it was consoles that then got the latest and greatest video games. Arcade machines became dinosaurs that no one wanted and the number of arcades started to decline. Arcade locations that stuck around were mostly in malls and restaurants and these even pushed what are referred to as ticket redemption games which attracted players by winning prizes. While some of the classic '80s video games remained, arcades mostly converted ticket redemption games.

However, classic arcade video games have made a comeback! Titles like NBA Jam, Mortal Kombat, and Street Fighter II are in high demand. The generation that grew up playing these games in the '80s now has a disposable income that allows them to purchase the machines they loved for their home. Arcade themed slot machines have also taken advantage of the heightened popularity. There is something about the feel of a joystick and being in front of the machine you can’t get from a home system and these veteran arcade players want to own these machines. They want games that look and play just like they remember. The home arcade market has now expanded with man caves and game rooms.

Commercially, a new type of arcade has hit the industry recently called “barcades.” These arcades are designed to attract adult players, where you can have a meal, cold beer, and play classic arcade video games. These barcades are popping up all over the country, filling up with the classic arcade games that people remember playing when they were kids. Barcades carry everything from Missle Command to Madden Football. And it’s just not video games you will find as original skee ball machines are also sought after for these locations.

Fads from the '80s have made comebacks before, but classic arcade games are more than just a fad. Almost everybody can remember the experience of an arcade. Just like hearing a song that you remember listening to, you always remember the video game you loved playing while growing up.