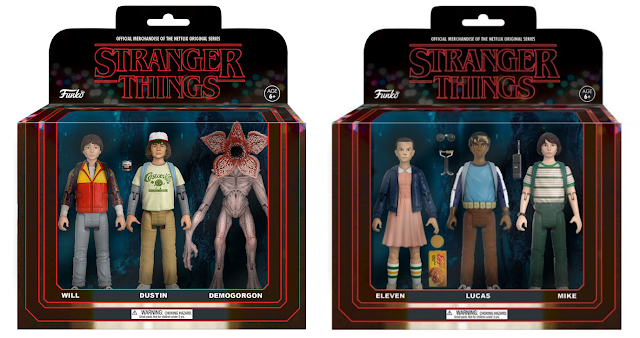 It's been nearly a year since the first season of Stranger Things was released to Netflix. It's also another long 4 months until Season 2 debuts on Halloween 2017. But in the meantime, Funko just announced a great new way to celebrate the first season, new 3 3/4 inch action figures!

Our favorite Hawkins, Indiana kids, Eleven and the Demogorgan will be featured in two 3-pack sets. Set #1 includes Eleven with a pack of Eggos, Lucas with a slingshot and binoculars, and Mike with a walkie talkie. Set #2 includes Will with his backpack, Dustin with a can of chocolate pudding, and the frightening Demogorgon.

You can find them in retail stores this August just in time to recreate your favorite moments before the new season hits Netflix. You can also reserve both sets now at Entertainment Earth and have them show up at your door in September. Also check out Funko's Stranger Things POP! Vinyls while you are there. Take a closer look at the new figures below... 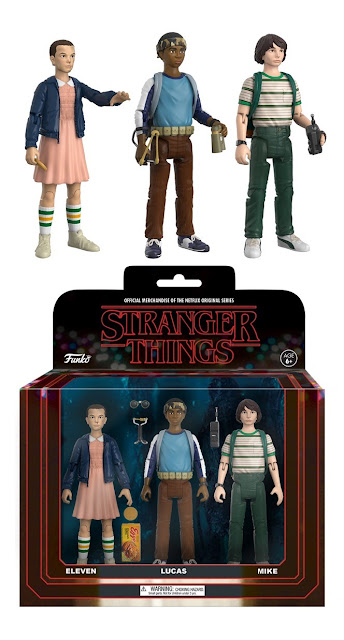 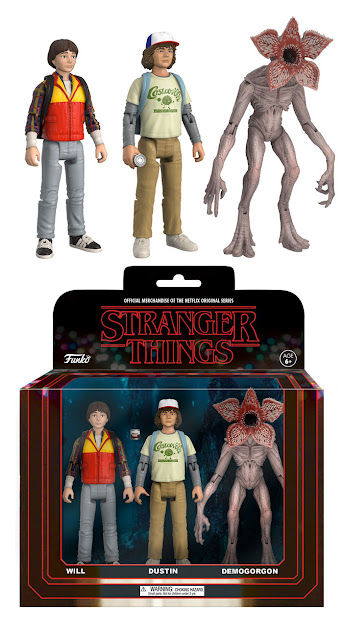