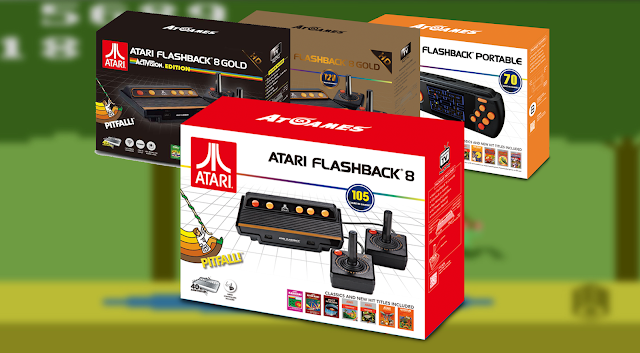 While the mini SNES might be getting all the hype this summer,  you may not know that Atari is also getting a new release in Fall 2017. AtGames has developed four new versions of the classic Atari 2600 system and will be available this September at major retailers. For those of you who might have previously seen consoles from the Atari Flashback series on the market (or even purchased one,) a new press release holds the details on new games and features you can expect for the Atari Flashback 8 series. 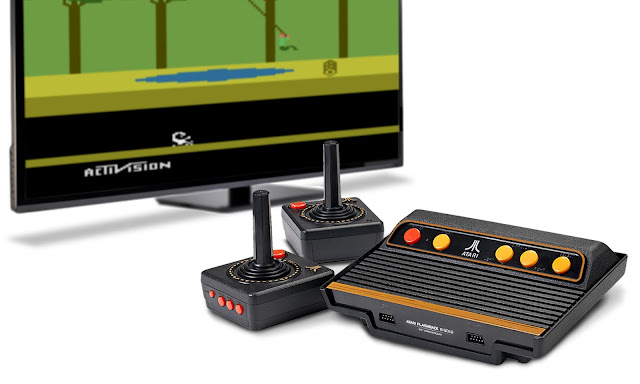 The brand-new Atari Flashback® 8 Gold features 120 built-in all-time favorites. These games include iconic Atari 2600 classics like Missile Command®, Asteroids®, Centipede™, and Millipede™, as well as many other legends like Konami’s Frogger™, and Activision’s Pitfall! and River Raid™. Two all new high performance 2.4ghz wireless controllers, styled after the Atari 2600 originals, are included, as well as two legacy controller ports for optional wired joysticks or paddles. Other new features for the Atari Flashback 8 Gold include 720p HDMI output, scan line filtering, and a save/pause/rewind feature for every game. 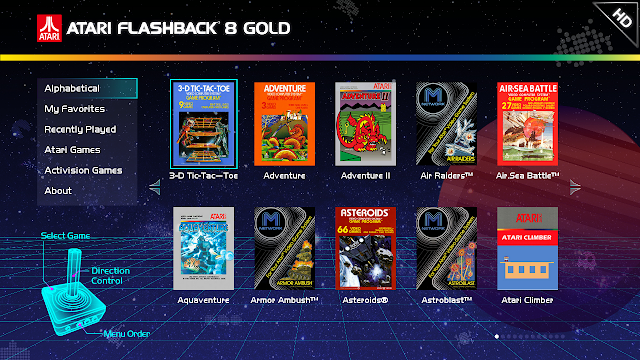 Atari Flashback 8 Gold will also have an Activision Edition console with 130 games, 39 specifically to satisfy your Activision craving. Those looking for a value-priced edition can opt for the Atari Flashback 8 Classic Game Edition which will come with "105 all-time favorites. Amazing new additions to the game line-up include Activision legends like Pitfall!™, Kaboom!™, and River Raid™. Two wired controllers, styled after the Atari 2600 originals, are included, as well as two legacy controller ports to add your own optional wired joysticks or paddles."

Last year AtGames debuted the Atari Flashback Portable and it returns again this year with a whopping 70 games including the BANDAI NAMCO arcade hit PAC-MAN™. "Other blockbuster games include Dig Dug™, Pitfall!™, and Frogger™, and you can even add your own games with an optional SD card. A built-in, rechargeable battery means the on-the-go fun never ends. Games can be played on the portable’s built-in, high-resolution 2.8” display, or on a TV via optional cable."

Preorders begin July 2017 with consoles appearing on shelves in September 2017. I'm really excited to see Atari and AtGames continuing to produce retro products and integrating them with existing controllers. While the Atari Flashback 8 does not have a port for cartridges, the new Sega Genesis Flashback will! Look for details on that new console on RD80s very soon.

Give me your thoughts on the new Atari Flashback 8 consoles in the comments...
Full Press Release
Newer
Older