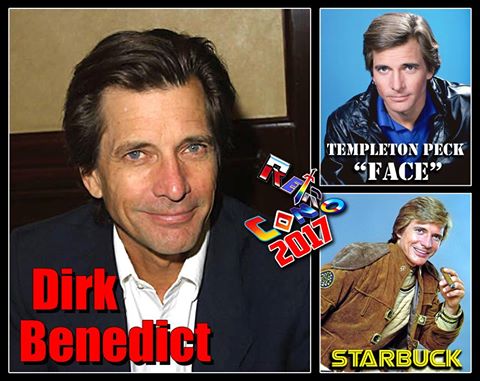 The plan for Retro Con 2017 has officially come together with the latest attendee announcement. Dirk Benedict who portrayed Templeton "Face" Peck on The A-Team is planning to attend both days of the show. The smooth-talking con man for the most wanted team in LA's underground also played the charming Colonial pilot Starbuck on the 1978 sci-fi series Battlestar Gallactica.

Benedict joins fellow A-Team member Dwight Schultz for Retro Con 2017 along with a replica of B.A.'s van which will make for a great photo op for any fan. Benedict and Schultz will also be available for questions about The A-Team and other work during a discussion panel on Sunday October 15. Photo and autograph prices to be released closer to the show date.

For a refresher on Dirk Benedict's role as "The Faceman", check out his 10 Best Scams. 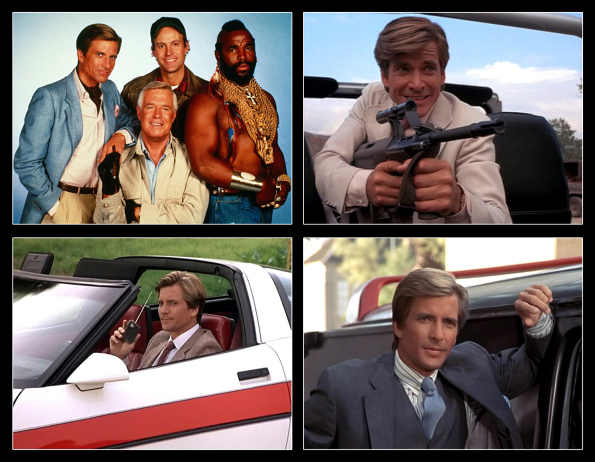 RD80s admins Jason and Wyatt will be in attendance for both days at Retro Con so we'd love for you to join us on October 14-15 in Oaks, PA. Visit Retrocons.com to purchase day or weekend passes on what will be a great show for fans and collectors alike. Vendor booths have been sold out so be prepared for endless tables of retro collectibles. And don't forget, voice actors Rob Paulsen and Arthur Burghardt will also be attending the show as well as a concert by Transformers tribute band Cybertronic Spree!

Much, much more planned so check out all the details at Retrocons.com and we hope to see you there!!
Newer
Older
Powered by