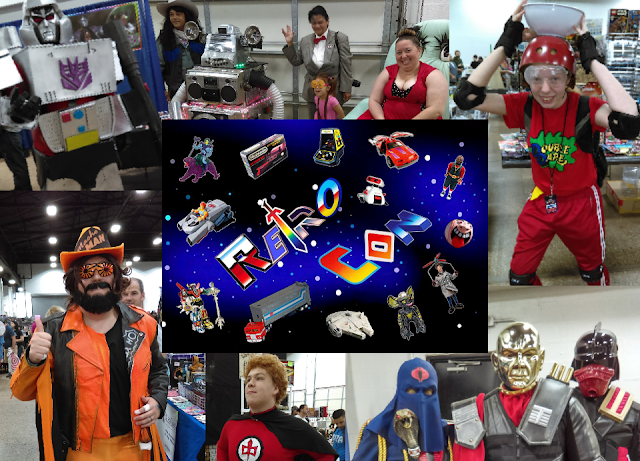 I had the privilege of attending Retro Con 2017 this past weekend with my pal Wyatt. This being my 2nd trip to Oaks, PA, I somewhat knew what to expect yet still managed to be blown away by the experience. In case you missed the pics and videos I shared on social media over the weekend, I'll be doing a wrap-up of the con over the next few days. Be prepared for tons of pictures, videos, and even a podcast as we try to show just how excellent Retro Con 2017 was!

First up, is the cosplay. This year did not disappoint as I spotted many retro-inspired costumes on both days of the show. Plus, a special thing happened as I shared my favorite cosplayers on Twitter. Hands down, my favorite was a family who came as characters from Pee-Wee's Playhouse. The "headed turner" was a life-sized Conky robot who played the theme on loop! 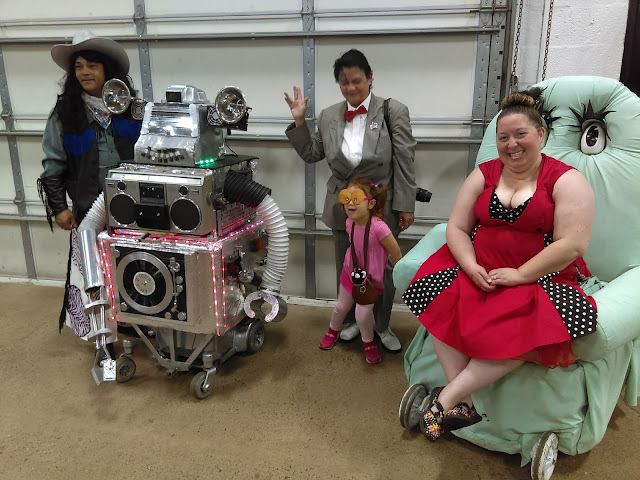 Both Conky and Chairy were remote controlled and escorted Pee-Wee, Cowboy Curtis, Miss Yvonne, and Penny throughout the expo center. After snapping the photo, I posted it on Instagram and then also on Twitter as we were driving away from the show. I tagged Pee-Wee's official account in the photo and he actually retweeted and added his own comments!

I have had some celebrity encounters on social media before but this was very exciting that not only did Pee-Wee retweet to his 2 million followers but also commented. It really made my day and was very happy he got to see this family's tribute. 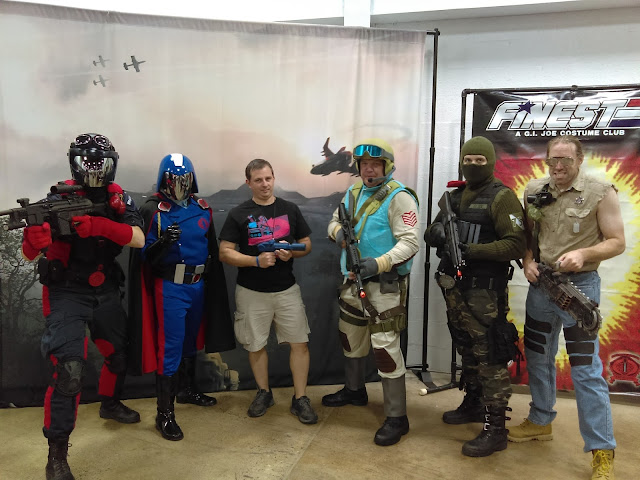 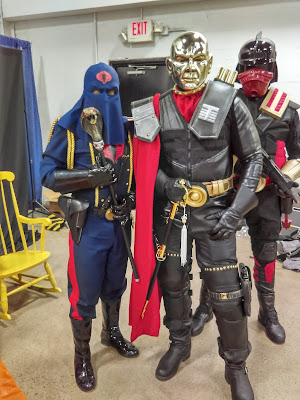 G.I. Joe (and Cobra) always represent some of the best cosplayers each year I've been to Retro Con. I got to chat a little bit with one of the members of The Finest Costume Club which is a worldwide group of G.I. Joe cosplayers. Most members in the US are current or former military and they even raise funds for the USO through donations at events. They did allow me to pose with them but Cobra Commander only gave me a weapon suitable to my non-member status. 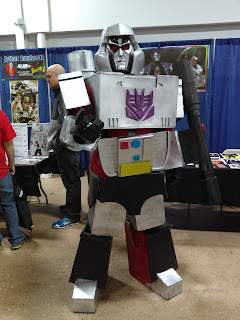 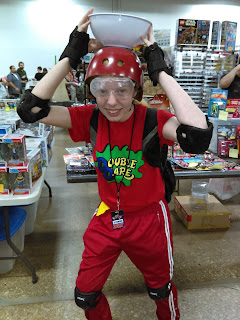 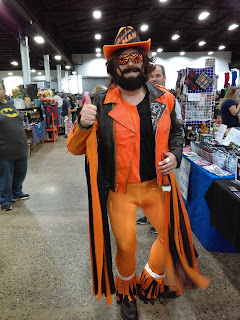 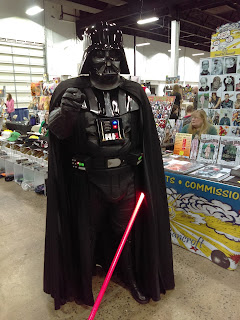 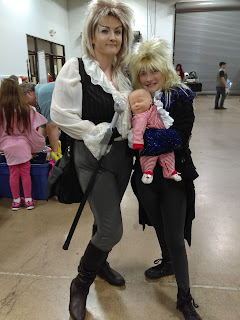 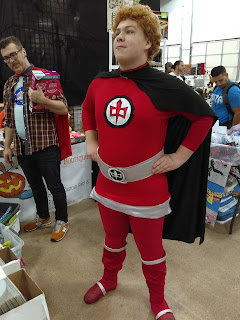 More of my favorites from the '80s included a superb G1 Megatron and a Double Dare girl that was ready for a physical challenge. "Macho Man" Randy Savage seemed ready to shoot a Slim Jim commercial and Darth Vader who I witnessed having a force battle with Eleven from Stranger Things (Sorry, just missed the photo op!) Finally, I snapped two Jareth's from Labyrinth and The Greatest American Hero! 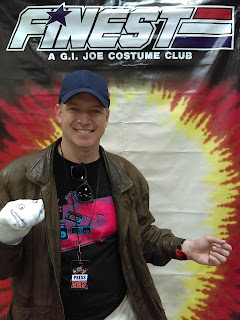 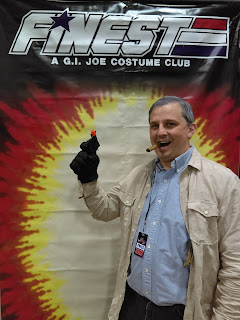 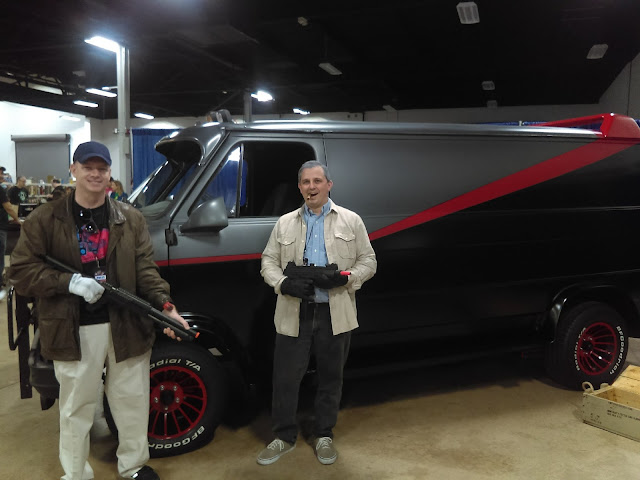 Lastly, my pal Wyatt and I decided to try cosplay for the first time! With Dwight Schultz and Dirk Benedict being at the show, we decided the opportunity was too big to miss dressing up as characters from The A-Team! Wyatt chose his favorite character Murdock complete "Socky" the sock puppet and a lobster claw hidden up his sleeve. While the obvious choice was for me to play "Face", I went with a Hannibal costume including black gloves, spray-in white hair, and a cigar. While we definitely weren't the best cosplayers, I think the actors got a kick out of our humble tribute to one of our favorite TV shows.


More to come from Retro Con 2017 including our experience meeting one half of The A-Team, Cybertronic Spree in concert, and a wrap-up podcast!
Newer
Older
Powered by