Heartbroken: Tom Petty Dies at 66, My 5 Favorite Songs In Tribute 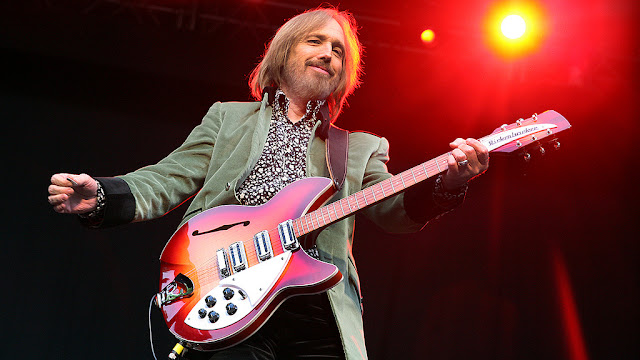 It’s a “heartbreaking” day in every sense of the word as news circulates about the death of Tom Petty. From reports yesterday, Petty suffered from cardiac arrest a couple nights ago. He was rushed to the hospital and placed on life support. With no brain activity, his family removed life support yesterday afternoon. Petty held on for several hours with news media reporting his death prematurely. However, Petty’s publicist confirmed today that he died at 8:40pm last night.

Tom Petty’s death was truly unexpected as he just recently completed a summer tour marking the 40th anniversary of Tom Petty and the Heartbreakers. As I was reflecting on the band’s long legacy yesterday, it struck me how their music has connected with so many generations. It seems many bands reinvent themselves in order to become popular again or try to connect with a new audience. But the more I think about Petty’s voice, the overall sound of the band, and hit records, they never deviated much from what fans knew them for…great rock and roll.

Tom Petty and the Heartbreakers emerged in the mid ‘70s with their first hit single “Don’t Do Me Like That” climbing the charts in late 1979. Petty had huge success in the ‘80s, capping the decade with one of his most successful albums, Full Moon Fever, as a solo artist. Petty was never far from his band on his “solo” albums as several Heartbreakers would assist along with fellow members of the Traveling Wilburys. The ‘90s brought success in the form of the 12x platinum selling Greatest Hits album and several hit singles from Wildflowers. Petty would continue to release albums (with and without The Heartbreakers) through the 00s with The Last DJ and Highway Companion among them. His final studio album Hypnotic Eye in 2014 would hit the #1 position on the Billboard 200 chart despite any singles being released.

Petty’s music definitely impacted me throughout my life. I remember watching his music videos on MTV in the ‘80s as a kid. The Alice in Wonderland tones of “Don’t Come Around Here No More” and the cartoon adventure of “Runnin’ Down a Dream” definitely made an impression on my young mind. In my college years, I remember putting on the Greatest Hits and Wildflowers CDs during homework sessions in my dorm room. His track “Saving Grace” is one I associate with our move to Montgomery in 2006 as I scanned the radio dial for new stations.

Petty has always been a constant in my personal music library and while his music will continue on, our prayers and thoughts are with his family and friends through this period of grieving. As I’ve done in the past on RD80s (seemingly too often in the last year or so), here are my 5 favorite Tom Petty tracks as a tribute…

There are several artists which I can attribute their first impact on my music taste from watching MTV. Tom Petty's impact definitely came from watching him as the Mad Hatter throw sugar cubes at Alice in "Don't Come Around Here No More". It was just one of those videos that strangely pulled me in and wasn't able to change the channel until it finished.

One of my favorite music videos of all time. It was one of the first I remember totally using animation to bring the vision of the song. I wasn't aware of the comic strip on which the cartoon was inspired but it never bothered me. Sliding down an endless maze of banisters and climbing skyscrapers were enough to grab my attention every time.

While this track never was a pop hit, it's one I've enjoyed since the moment I heard it. With Petty's sound remaining true throughout the years, I always thought you could've added "You Wreck Me" to Full Moon Fever or even earlier albums and it would have fit right in. On a more personal note, I used it in a tribute video to Sly Rax for the Agents of M.A.S.K. YouTube channel.

I grew to love this track after listening to it on the '93 Greatest Hits album. Tom's voice is so unique and has a very low tone but in this track, he really goes high and shows off his range. Plus, he has a great speaking voice and just hearing him talk sounds cool.

"Stop Draggin' My Heart Around" (1981 as guest with Stevie Nicks)

Speaking of Tom's unique voice, you would've thought it was impossible to do a duet. But this track with Stevie Nicks proves there is a perfect match for any voice. This is easily one of my favorite duets of the '80s.

Thanks for the music, Tom. You will be missed.
Tell me about how Tom Petty's music impacted your life in the comments...