The Shirt Tales Are Back At Hallmark! 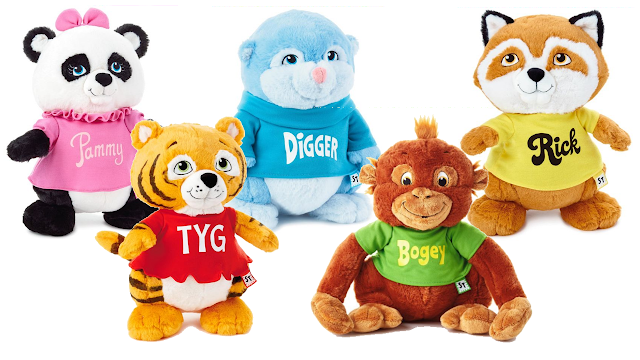 Before Chip and Dale’s Rescue Ranges there were the Shirt Tales, a crime fighting group of cute little critters who got around by driving their super cool STSST (Shirt Tales' SuperSonic Transport). A joint production between Hallmark Cards and Hanna-Barbera productions, the series lasted for two seasons and even included a character (Kit Kangaroo) voiced by Nancy Cartwright. Widely forgotten about since the series end in the early 1980s, Hallmark has recently given the brand a reboot treatment similar to it’s Rainbow Brite property and and it seems to be going well.

The product line currently consists of a collectors edition of itty bittys which include four of the five main characters: Pammy Panda, Digger Mole, Tyg Tiger, and Rick Raccoon, a book “A Perfect Day at the Park," and 14” stuffed plushies of all five main characters (including Bogey Orangutan), a puzzle, and a coloring book. 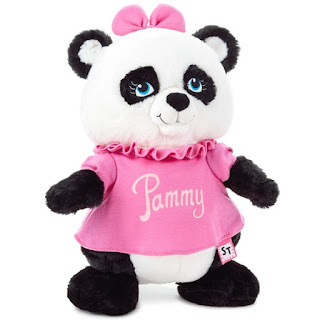 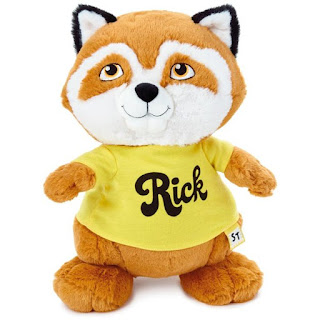 The products comes after an exclusive set of itty bitty’s released in July of 2016. That set, which sold out just two days after release, included Pammy, Tyg, Rick, and Bogey (Digger was missing). While the new itty bittys are pretty standard, looking almost identical to the ones released previously (minus the character switch) and are well done, the plushies are top notch! Super soft and cuddly cute the five Shirt Tales are incredibly well made and even more accurate to their animated counter parts than previous Rainbow Brite releases. They’re the perfect gift for a nostalgic collector a child in need of some new friends.

With the success of line, we can almost certain expect to see more of the Shirt Tales and perhaps even more characters from the Hallmark archives. Does anyone else remember The Hugga Bunch?
Newer
Older
Powered by