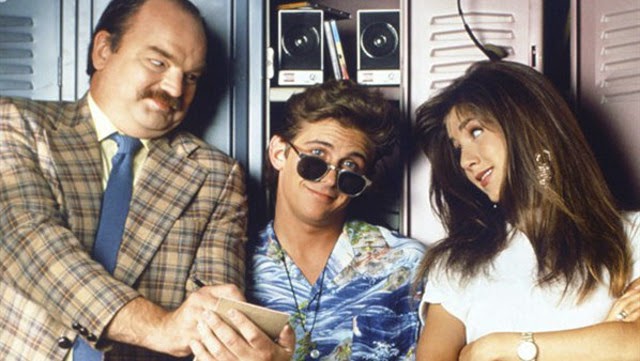 Okay, here is what I don't understand...a movie comes out, it does extremely well at the box office, the producers/owners of the movie scurry around to give moviegoers more and make more money for themselves. I get that. But what is worse...making a bad sequel that might at least get some hype before its release to theaters or making a TV series with totally new actors based on the movie that has no guarantee to make it past 13 episodes. Give me a movie sequel. Why you ask? Because before I did the research for this post, I had not only forgotten (or tried to forget) about most of the shows, but some I didn't remember even existed!

I'm not sure if there was a writers strike in 1990 or if TV producers decided to just take a vacation from creativity for the fall schedule. Five, yes that's 5 (or "cinco" in Spanish,) FIVE television series based directly from feature films made their debuts in the fall of 1990. 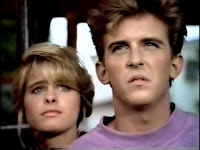 Ferris Bueller - In the fall of 1990, NBC took John Hughes' smash-hit comedy film and turned it into a laughing stock. The premise: The "real life" of Ferris Bueller, please disregard the movie. Ferris, the unpopular nerd. Ferris, the sausage king of...Los Angeles? WHAT??!! C'mon, it's not like TV producers would really take a chain saw to a character that made $70 million at the box office, would they? WHAT??!! Well, even if the writers also changed Ferris' sister Jeanie into a younger sister instead of an older one like in the movie, the casting director made a prolific choice and we got a young Jennifer Anniston...for 13 episodes. The sequel that should've happened...Ferris 2: Rooney's Revenge. 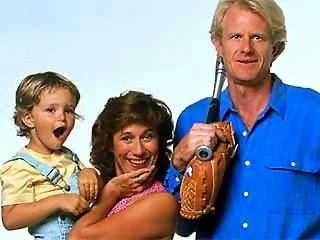 Parenthood - Hmm...$126 million at the box office in 1989...should I do a sequel or NBC television show in 1990? Yeah, no brainer. The premise: (About the same as the movie) Four generations living in the same househould, but not in St. Louis...California. NOTE TO SELF: Keep TV adaptations in original city and away from California. I don't care if Joss Whedon did write for the show and if it was one of Leo's early roles. The sequel that should've happened...Parenthood: The Next Generation. If you still don't want a sequel, next time just wait 21 years until the original film is completely completely off the radar. (53 episodes produced and still counting versus 12...you do the math.) 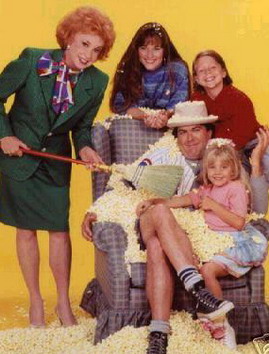 Uncle Buck - This was the revelation that started this blog post. Totally forgot that CBS tried to bring the beloved 1989 John Candy role to the small screen. The premise: Tia, Miles, and Maizy lose their parents to a car accident and Uncle Buck is designated as their legal guardian. WHAT??!! Make him move next door or something, but don't kill off the parents! What a way to begin a show! Well turns out, the show itself crashed and burned after just 22 episodes. Nothing against Kevin Meaney, but you just don't replace John Candy and almost $80 million at the box office. You are better off playing the online casinos then taking a gamble like this. The sequel that should've happened...Uncle Buck 2: Buck Moves In. 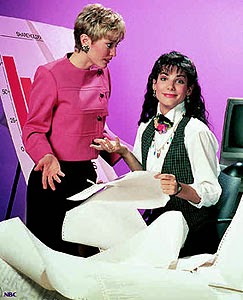 Working Girl - Yet another failure for NBC, this time as a mid-season replacement. (I'm guessing for one of the other previous two shows listed in this post.) The premise: Now a junior executive, Tess McGill continues the daily grind at the office of an investment bank in Staten Island, not California. Well, they kept the locale the same, but unfortunately the success fell short from the 1988 film which made over $100 million at the box office. Nancy McKean (Jo from Facts of Life) was offered the role, but turned it down. Enter a future wildcat bus driver that just couldn't keep the show above 55 MPH and you have an explosion at episode 8 of 12. Sorry, Sandy, just wasn't your time. Sequel that should've happened: Working Girl 2: Moving Up. 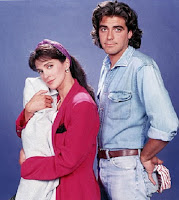 Baby Talk - Who wants to star in show based on an movie that made almost $300 million at the box office? Anyone? Bueller? Wait, he's already busy. The premise: A single mom, a wannabe boyfried, a baby whose thoughts can be heard...just like the movie, right? Well, the producers thought it best to not confuse the audience and changed the name from the original and the sequel, Look Who's Talking Too, that hit theaters the summer before the TV series release. WHAT??!! You don't want to associate it with a multi-million dollar movie?? Series star Connie Sellecca saw the writing on the wall a couple episodes in to taping the series and quit. It caused quite a stir but it wasn't a big enough red flag for ABC to cancel the show. They hired Julia Duffy and pushed back the debut from the fall of 1990 to the spring of 1991. After the first season, Duffy and George Clooney left the show, opening the door for Scott Baio...and they still re-upped the show for another excruciating season! I guess the execs at ABC needed a big red "cancel show" button on their desks to make this show die a little sooner. Sequel that should've happened...wait, a sequel DID happen! WHY, ABC? WHY??!!

As much as I hate 1990 just for the fact that it ended the '80s, going through this list just makes me hate it more. Well at least they left some the beloved '80s movies alone, like Back To The Future, Bill & Ted's Excellent Adventure, Rambo, and Robocop...wait, they made animated series out of those? Just when you thought cartoons were safe, it sounds like another round of torturing '80s movies.
Newer
Older
Powered by