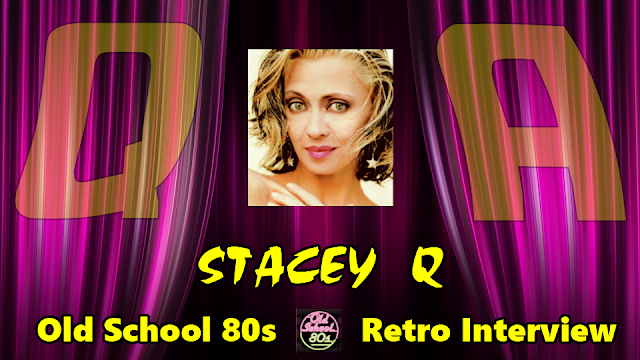 (This interview was originally published April 22, 2014 on the now-retired Kickin' it Old School blog. It is one installment in an incredible series of interviews we are republishing on Rediscover the '80s for posterity and your enjoyment. These are more than just interviews in a way; they are more like '80s timelines or oral histories on their respective subject matters. Please keep in mind the original date because some content could be specific to the time of the interview, though the majority should be timeless and totally rad.) 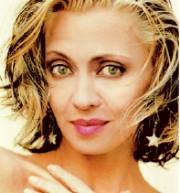 This time that awesomeness is Stacey Q. She is probably best known for her dance-pop single "Two of Hearts" which was one of the biggest hits of 1986. Interesting though, she didn't even want to record the song because it was written by someone else for someone else. Artistic integrity aside, it ended up turning out pretty sweet for her in this case. "Two of Hearts" was ranked #27 on VH1's "100 Greatest One Hit Wonders of the '80s", but she did have another minor hit from her debut album. She appeared on two episodes of The Facts of Life where she displayed some of her acting ambitions as well as performed her hit songs. Find out a little about all of that and more as we get on to some selections from my interview with Stacey Q...


Q: Please tell us a little about what you did prior to your solo career as a professional musician. 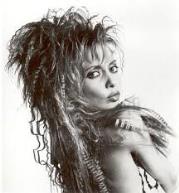 Stacey: I was a professional dancer and photographer's model. Professional here means I always tried to be professional but rarely was paid. When I was 11 years old, I was hired by Disneyland as seasonal entertainment. I later worked for the Ringling Brothers and Barnum & Bailey Circus. Did A LOT of live theatre. The Theatre is my first love.


Q: When did you know you wanted to be a professional musician? When and how did you get your own start in the music industry?

Stacey: I knew I wanted to be a professional musician in 1981, the morning after the night I met Jon St. James.My first singing project came one month later when I recorded some KMET (Los Angeles) radio sound-alike jingles impersonating The Motels, The Go-Go's, Joan Jett, etc.


Q: Why did you decide to go by the stage name Stacey Q rather than your real name?


Stacey: I didn't make that decision. Jon did. In 1981, Jon formed the synth-pop band Q and I eventually became the band's lead singer. The band name came from James Bond and the scientist responsible for all of his high-tech gadgets. Everybody in the band went by Q: Jon Q, Dan Q and Stacey Q. So I became Stacey Q.


Q: How did you become aware of and end up recording "Two of Hearts" for your solo debut album? What else can you tell us about creating your version of "Two of Hearts" which went on to have so much success? 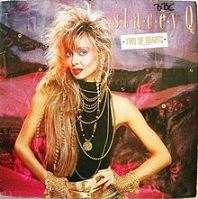 Stacey: Jon became aware of the East L.A. dance scene which I was promptly assigned to. He brought the song to me to record. I told Jon I'd rather jump from the studio balcony than sing someone else's song. The less said the better. Jon just said to trust him, but he had to pretty much make me sing it.


Even though she wasn't crazy about singing someone else's song, many people loved hearing her do it. The song was originally intended for Sue Gatlin who co-wrote it with John Mitchell and Tim Greene. Atlantic Records signed Stacey Q to a record deal in 1986 as a solo artist with Jon St. James as her manager and other former bandmates as backup musicians. 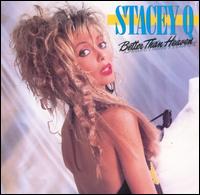 For her debut album, Better Than Heaven, they included "Two of Hearts" which had already been included on a limited release the previous year. This time, as the first single off the new album released in early 1986, it became a smash hit. "Two of Hearts" went on to sell over a million copies while peaking #3 on the Billboard Hot 100 and #4 on the Billboard Dance chart. It achieved worldwide popularity reaching the Top 20 in at least seven other countries. Here is the music video for "Two of Hearts" by Stacey Q...


Q: What changed for you personally after the song's success? Were you prepared for attention and all of the other things that come with a pop stardom? What are some of your best memories at the height of popularity back then? 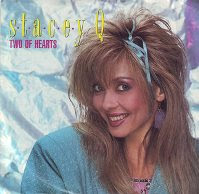 Stacey: I opened a bank account and people stopped asking me what I was going do with my life. Attention I could handle. Cruelty and money-grubbing, back-stabbing, fair-weather poseurs I was not as gracious about. Ask anyone. There is no preparing for that. There is relatively little that I do not look back on fondly. It's like one big, best memory. Thanks to everybody for making it such fun for me!


Q: Your video received lots of exposure on MTV back then. What memories can you share with us about making the music video for "Two of Hearts"?


Stacey: Jon Anderson of Yes hung out with us all day and through the live shoot at the Tropicana that night. We sold out the mud wrestling venue and shot that part in black and white super 8 no less!

Q: What are your thoughts on the impact that MTV had on music in the 80s, especially in America? How do you think the video for "Two of Hearts" impacted the success of the song? Your beautiful image and dancing couldn't hurt it, that's for sure!

Stacey: For better or for worse, MTV was music. The New Wave was one of the best things that ever happened to American youth. The "Two of Hearts" video was the #1 request on Dial MTV from the first day for months straight. I couldn't have gotten more exposure (for free) anywhere. Timing is everything. While good looks and dancing can't hurt, champagne and my dry wit (or smart mouth) could have sent it crashing down at any time, I suppose.


Stacey: What I remember best is going dancing with my best friend, Danny Medellin. When he died in 1988, nothing was the same. Especially my hair. The fact that I'm starting my ninth year on the Freestyle Explosion Tour is a reflection of the impact.


Q: I have to ask about The Facts of Life, too. How did you end up getting cast to play the character of "Cinnamon" for a 1986 episode? What can you tell us about your experience on the show and working with the girls in the cast? 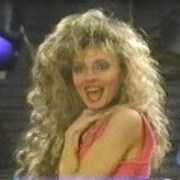 Stacey: The writers of 'The Facts of Life' called my record company and inquired about my availability. Since my life then WAS being Stacey Q, I ran out to Hollywood like my hair was on fire!The reception I received right away was that the last thing this show needs is another female. I couldn't have agreed more. I had never heard the theme song. They were mortified. Danny overheard one of them in make-up say, "She is just the type you wanna hate but you can't because she's so nice." Bless her, whichever one it was. I know which two it wasn't. If it wasn't for the great and glorious importance of ratings during sweeps week, you never would have heard of Cinnamon... or George Clooney...yet.


Stacey Q appeared on the fifth episode of season 8 of the sitcom The Facts of Life as a character named Cinnamon who beats out Tootie in a competition for the same role in a Broadway musical. She performed "Two of Hearts" in the episode (originally airing on November 1, 1986) which added to the exposure and popularity of the song. Here is that scene from The Facts of Life...


Q: On a later episode, you ended up dating the character played by a then-relatively-unknown George Clooney. In fact, his character decided to follow you on the road. Anything you can share with us about your brief time working with Clooney? 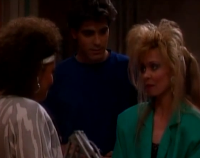 Stacey: He kept calling my name and singing to me this silly song over and over every day. It was getting embarrassing which made me giggle and we would laugh. It loses something in the translation without the little vaudeville melody. But it went, "I know that you know, that you know that I know, and I know that you know," and on and on everyday all day. Still don't know what that means, but who cares? It's George Clooney! Singing to me! Rosemary, he wasn't, friends.


Stacey Q returned for another episode of The Facts of Life later that season. The episode entitled "A Star Is Torn" (originally airing on January 31, 1987) was used to explain George Clooney's character "George Burnett" leaving the series. Near the end of this episode, she performs her second single "We Connect" which was a minor hit itself peaking at #35 on the Billboard Hot 100 and #14 on the Dance chart. Here you can watch that entire episode to see Stacey, Clooney and more...

She continued that sitcom run also appearing on a 1988 episode of Full House and a 1989 episode of Mama's Family. Sustaining the success she had with her Better Than Heaven album proved difficult, however; unfortunately neither of her subsequent Atlantic albums, 1988's Hard Machine nor 1989's Nights Like This, produced another major hit.

Q: Please tell us a little about where your career has taken you since the '80s. How have your priorities or goals changed over the years? What are some of your proudest professional accomplishments? 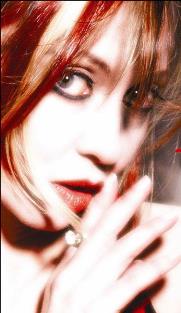 Stacey: Somehow, it all led me straight to my Tibetan friends. [She converted to Buddhism.] My fearless leaders. I'll die trying to repay their kindness. I have never been goal-oriented. So that has not changed. If I cannot have pride in it, I prefer not to do it. I am proud of it all from beginning to end. Just wish I had done more of it. Maybe I will do more. You never know.


Stacey Q is also one of the few Westerners formally trained (and authorized to teach) by the Masters themselves in Tibetan Lama Dance, or Cham (an ancient, sacred, monastic ritual). She is still recording and performing music and acting.

Q: What else is Stacey Q up to nowadays? Any remaining ambitions or regrets?


Stacey: My ambitions are for all of us to have long, happy lives!


I am so pleased that Stacey was able to take some time to answer some questions so I could share them with you here. Special thanks to Troy Bronstein for helping coordinate this opportunity. I want to take this occasion to again thank Stacey Q for her contributions to '80s pop culture especially through "Two of Hearts" and, even more, for going back to the '80s with us here for a little while as well.