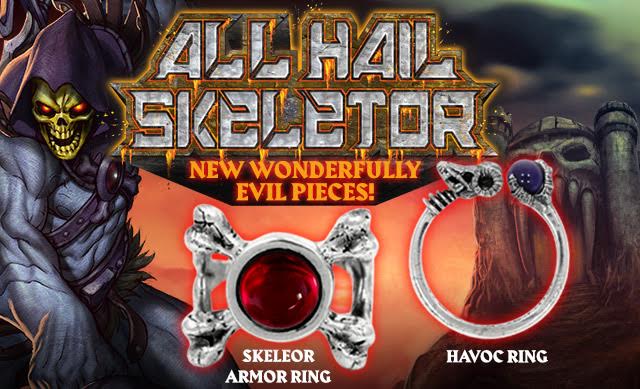 Pop culture designer Han Cholo is taking us back to the '80s and the Land of Eternia to face off with the evil and almighty Skeletor! Everyone knows Skeletor's lust and need for total domination of the land and is never one to skimp on his weapons. Now you can use his power to be in control of your own destiny as well. Always rolling out with new and iconic pieces, Han Cholo’s new micro collection is here with two new rings based on He-man's nemesis.

Dropping to the Han Cholo site on March 22 is the official licensed Skeletor Armor Ring, based off the almighty Skeletor's chest plate. This ring features a red cabochon stone in the middle along with an adjustable band so its a "one size fits all" ring for any Masters of the Universe collector. 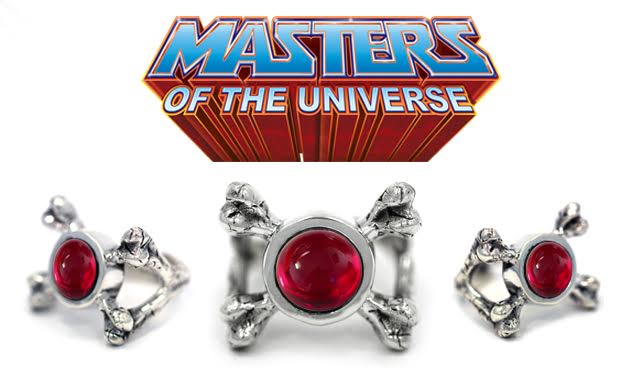 The second piece is the elegant Havoc Ring, also officially licensed. You’ve seen the Havoc cuff from Han Cholo based on Skeletor's might staff and this ring is all that and more in a smaller package featuring an awesome Purple Cabochon stone. This is a ring that will not be trifled with! 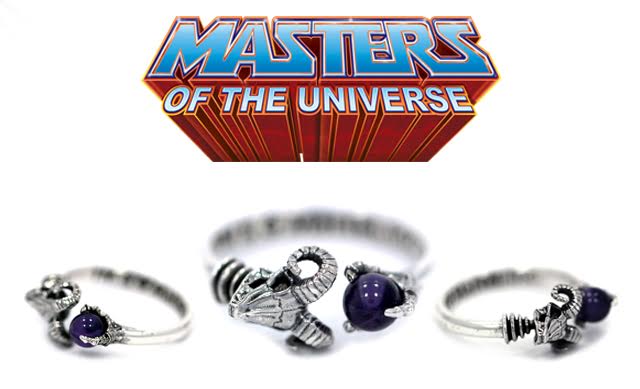 To see these new amazingly evil, badass rings and more, check out Han Cholo's Masters of the Universe collection right here and you too can HAVE THE POWER! Tell them that Rediscover the '80s sent you by entering the promo code "RD80" at checkout and save a whopping 15% sitewide until March 31, 2018! Also browse the selection of enamel pins, pendants, and cuffs to take advantage of the savings!

Plus, be on the lookout next week as Han Cholo will be celebrating Women's History Month with another micro collection based on the Princess of Power herself, She-Ra! Other '80s-themed officially licensed pieces include Star Wars, Transformers, Dungeons & Dragons, and Voltron.