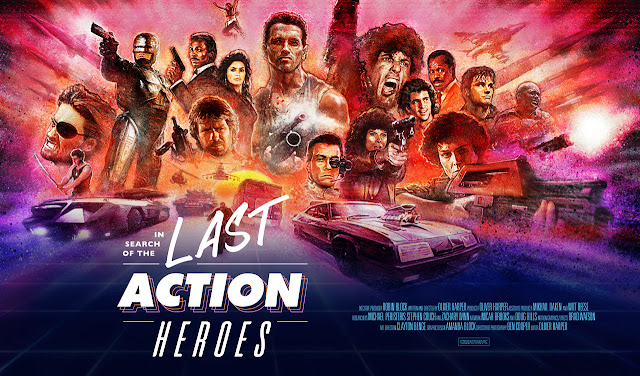 Stallone, Schwarzenegger, Norris, Van Damme; these are just some of the names synonymous with action movies of the '80s. The film genre really hit its prime during the decade where success extended from the box office to the toy shelves. Adults wanted to be the hero that rescued the girl while kids imagined beating down the bad guys and saving the day. Well, no matter what age group you were in when the latest '80s action flick hit the theaters or the local rental store, everyone's appetite for fisticuffs, guns, and car chases was at an all-time high.

UK-based YouTuber Oliver Harper has been developing retrospective reviews on '80s and '90s films for several years now on his channel. He is now seeking your help on Kickstarter to produce his first feature-length film on the '80s action genre titled In Search of the Last Action Heroes. For more about it, watch this video...


There are many reasons why I’m so excited about this project. On a personal level, it’s an opportunity to see if I can make the transition from YouTuber to filmmaker. I’ve produced hundreds of hours of content about the action genre, but ‘In Search Of The Last Action Heroes’ is not only going to dig deeper than I’ve ever gone before, we’re also going to speak to the people who were a part of the boom. I see the film as being more than just a love-letter to fans of the genre. I am expecting to uncover story threads and details that will resonate with any viewer, whether you grew up with the films or are learning about them for the first time.

In Search Of The Last Action Heroes will take a wide lens to the action landscape, detailing how the genre rose to prominence and why it couldn’t sustain that success. Oliver will explore the locations and give voice to the artists and stars of the time.


I am excited to see Oliver's vision for '80s action films and the good news is he has nearly reached his budget to produce the film! The project currently stands at 94% complete and needs your help to push him over the finish line. Visit the In Search of the Last Action Heroes Kickstarter Project now to pledge and be one of the first to see the film when it is complete.