Rediscovering The 'Brick' Cellular Phone From the '80s 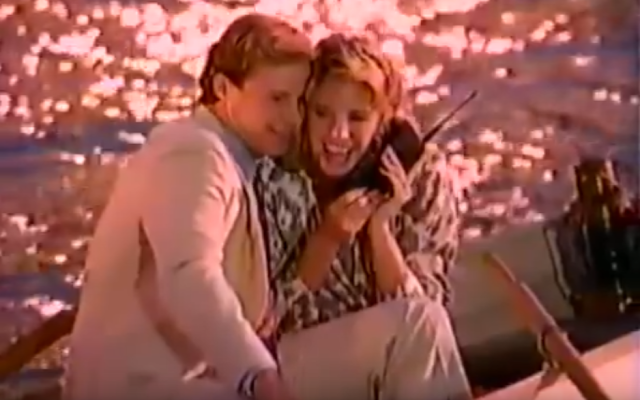 Back in 1985, the mobile phone made its appearance for the first time. You would've had to be pretty well off to afford one, as prices ranged between $3,000 to $7500. The purchase price alone was out of most people's range not to mention the exorbitant cost of the calls themselves which averaged $0.50 cents a minute in 1987.

If you were able to buy one when they were initially released, you wouldn't have only found them from a few start-up businesses which primarily sold their merchandise through the classified sections of the national newspapers.

Just like the smartphones of today, the mobiles of the '80s were a status symbol for many. But even though they were described as "lightweight compact phones that could be carried in a briefcase, handbag, or pocket," they were more part of the "Yuppie" lifestyle.


Even today there are collectors that seek out the classic yuppie brick as one of their ultimate possessions. The very first hand held portable device, the Motorola 8000X, is the most prized with reported prices reaching up to $2000 on eBay. Collectors paying that much is pretty amazing since there aren't any analog networks for the phone to even function, making it just a pretty ornament. Joining Motorola were companies like Phillips and NEC followed by Nokia and Ericsson.

Fast forward to today and what a difference 30 years can make. Who would have guessed how far portable devices would advance to become more like portable computers. We browse, pay for goods and services, bank, keep an eye on our health and keep in touch with family and friends via our favorite social media sites. It also has become our source for entertainment online like Conquer Online Casino. Playing on sites like Conquer Casino would have been unthinkable just a few years ago as games would crash on a regular basis, screens were small, and the quality of game play was, quite frankly, awful.

Now we can enjoy mobile games in HD or OLED with graphics, audio and video clips that fully immerse us into the games. And because gaming laws have changed, we can also play in complete safety and security as well as whenever or wherever we choose.

In fact, our smartphones are so ingrained into today's society that to lose one or have it stolen is tantamount to a minor disaster. There are even new words in our language that have been adopted because of the smartphone phone with pubbing (or phone snubbing) being one of them.

It's true that nostalgia ticks a lot of boxes for a great many people, but when it comes to affordability, efficiency, class and the ability to ingrain itself into the modern world, you can't do better than the smartphone.
Newer
Older
Powered by