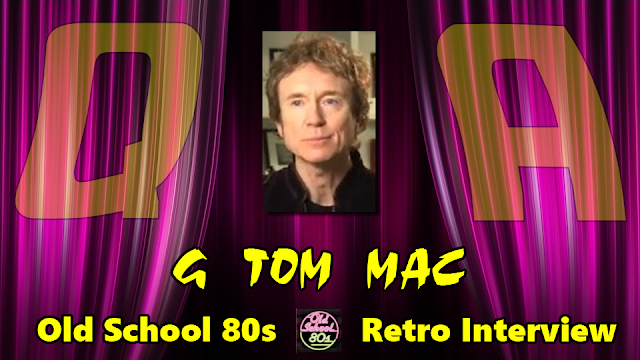 (This interview was originally published December 9, 2013 on the now-retired Kickin' it Old School blog. It is one installment in an incredible series of interviews we are republishing on Rediscover the '80s for posterity and your enjoyment. These are more than just interviews in a way; they are more like '80s timelines or oral histories on their respective subject matters. Please keep in mind the original date because some content could be specific to the time of the interview, though the majority should be timeless and totally rad.)

This time that awesomeness is G Tom Mac. You may recognize him better as Gerard McMahon (or McMann, he has since changed his name) or as the artist who performed and co-wrote the song "Cry Little Sister" for The Lost Boys soundtrack. The song provided the perfect gothic anthem setting the tone for the film throughout. He has released several solo albums, worked with many other accomplished artists and had many other songs in other movies and on television, but "Cry Little Sister" seems to be his crowning achievement and fans of the The Lost Boys absolutely adore it. Find out a little more about him, creating the song and more as we get on to some selections from my interview with G Tom Mac...

Q: When did you know you wanted to be a professional musician? When and how did you get your own start in the music industry? 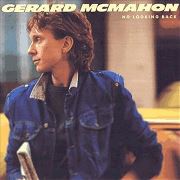 G: I didn't know what a professional musician was when I started. I got into playing music at the age of 12 and knew this was my calling and that I would do everything it took to be the best I could be at it. I obviously saw there was a living to be made from it but that was unclear until I started to get noticed in my late teens or early 20's for my singing, playing and song writing. That's when record industry folks were coming to my gigs in my new-found city of Los Angeles, courting me and eventually signing me.

Q: You co-wrote and performed "Cry Little Sister", the theme song to The Lost Boys. How did you end up working on this particular project? Did you write the song specifically for the film or were you given any specific direction by the filmmakers?

G: I had gotten a call from Gary LeMel, President of Music at the Warner Bros. film studio, asking me if I'd be interested in writing a theme song for this new vampire movie being directed by Joel Schumacher. They were already shooting the film at the time, so they sent me a script to read. Up to that point I'd always looked at a cut of the film before I'd write the music, but as it turned out I got inspired by reading the script and the events in my own life and wrote the song. The co-writer, jazz musician Michael Mainieri, came up with that beat and we were off!

Q: Please take us back to when "Cry Little Sister" was written and recorded. What is the back story about how that song was conceived and written? Anything help to inspire the lyrics or melody? Did you have any personal or emotional connection to it? How long did it take to write? 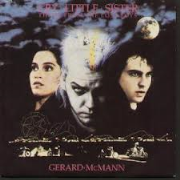 G: I certainly did have an emotional connection, as New York City where I was living at the time was in bad shape, much a Gotham-like vampire place in very dark times. The song was brewing in my head with the choir as a chorus backing me. That all seemed to come within half an hour. Mike Maineri had this hypnotic beat, we refined it together and my melody and chords melted right into it. Then I wrote the lyrics within an hour or two, recorded the demo, sent it to Joel [Schumacher], two days later got a call from him ecstatic by the song and saying, "You nailed my theme song to The Lost Boys!" He went on to say, "I can't believe you wrote this without seeing a frame of film!" I always say that if I'd have seen the film first, I would probably not have written "Cry Little Sister".

Q: The movie revolves around vampires. When you wrote it, did you intend the song to have any relation or connection to vampires in any way?

G: I didn't want the song to be specific to the vampire. I wanted it to be about the longing for family from a rejected youth's perspective, which I went through myself and that many of us have felt. Knowing much about the origin of vampires, they're a lonely yet lusty sexual being that mortality leaves in a world hunting in their loneliness. That's what The Lost Boysspoke to me; youth gone rebel-without-a-cause, with a great deal of angst and sexual lure.

The Lost Boys was released in theaters on July 31, 1987 starring Jason Patric, Kiefer Sutherland, Corey Haim, Corey Feldman and Jami Gertz among others. It was very popular especially with young audiences and has grown an even stronger cult following over the years. The film's soundtrack was also very popular and successful even reaching #15 on the Billboard 200 album chart. "Cry Little Sister" was considered the theme from The Lost Boys and was credited to Gerard McMann (instead of the proper spelling of his last name, McMahon, which it seems was often mispronounced). McMahon performed the song and co-wrote it with Michael Mainieri. The song is used at the very beginning of the film during the opening credits and then in some other cool scenes throughout the film. Here is the original music video for "Cry Little Sister" by Gerard Mc Mann (G Tom Mac) featuring scenes from The Lost Boys...

Q: Whose brilliant idea was it to use the children's choir in the song?


G: That was my brilliant idea of course! (LOL) What can I say, it was a moment of "let's turn the innocence into danger" and it worked.


The children's choir gives the song a unique quality and helps make it haunting yet somewhat beautiful at the same time. This is most apparent in the chorus when they exchange the following lyrics: 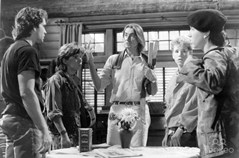 The beat, the melody, the lyrics, the choir; his creation simply works perfectly within the film and you can feel why "Cry Little Sister" seems to connect to so many.

Q: Any other interesting facts or memories you can let us in on from creating "Cry Little Sister"?


G: Yeah, I almost didn't get to sing my own song in the movie! The record company wanted a big artist to sing it, like Phil Collins. Seriously! Joel and Richard Donner wouldn't have any other voice but mine, as they declared to the record company that "my voice was 'The Lost Boys'".


Q: Did you have any feeling that "Cry Little Sister" was going to be something special when you wrote or recorded it? What were your feelings about the song back then?


G: I loved what I wrote, but never thought it would go on to have the life or following it has. It's gotten me thousands of fans that now know all of my other music and come to my shows. Q: Why was the song credited to Gerard McMann (and not McMahon)? Why have you since changed your stage name to G Tom Mac?


G: I got tired of people never pronouncing my name properly and when that didn't work I changed it to G Tom Mac in 1999. [G is a nickname that was given to him by his friend Roger Daltrey and his middle name is Thomas.] Now people know me as that and that's how it'll stay. You can call me G or G Tom either works.


G: As I said earlier, they were blown away. I felt their use of the song was spot on. I thought the film was fresh and made vampires way cooler than they had ever been portrayed before.


Q: The film's soundtrack was very successful. What response did you receive from fans of the film, the soundtrack and your song? 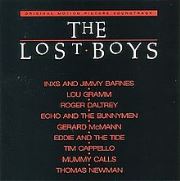 G: It's just one of those songs that has a tone to it,a lyric, people just relate to it. I've heard so many stories about how that song has affected people. And it's never the same story. It took a while for fans to register as to who the artist was and that it was me. I had already had three albums out previous to The Lost Boys and 16 movie credits as an artist, but was virtually unknown. By this time, I'd had it! I was writing songs for other famous artists as well as writing/producing songs for films and TV. I toured and had a devout small following but had all the wrong things happen in my career (I had no control of). But, hey, I'm more active as an artist now than ever. 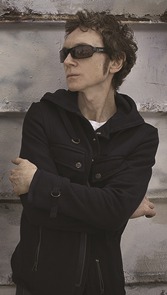 G: I am very proud of it and very happy it's brought me so many wonderful fans.


G: There was a great sense of adventure in music in the '80s; so much diversity. Its impact has carried over into artists today. Phoenix (the French band) is a great example, so many artists today revel in '80s culture.


Q: Please tell us a little about where your music career has taken you since the '80s. How have your priorities or goals changed over the years? What are some of your proudest professional accomplishments? 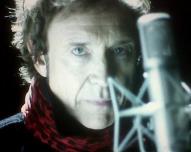 G: My goals are much the same as when I was 12; to thrive to be the best at all I do with music as a performer, writer, etc. I've had the incredible opportunity to have written and produced music for Roger Daltrey, KISS, Eminem, Ice Cube, and so on, as well as written songs in 48 movies and over 100 television shows.


Q: What else is G Tom Mac up to nowadays? Musically and otherwise? What can we expect in the future? 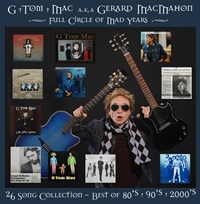 G: I'm writing and recording new music for an upcoming album and have a greatest 26 song collection out now entitled 'Full Circle Of Mad Years.' I have many live shows coming up in 2014. And oh yeah, I'm doing a Mini Cooper commercial! Please check out my 'Thou Shalt Not Fall' album; it is the definitive "Cry Little Sister" contingency.


I am so pleased that G Tom was able to take some time to answer some questions so I could share them with you here. To find out more about him and keep up with everything he has going on, please be sure to visit his official GTomMac.com website. I want to take this occasion to again thank G Tom Mac for his contributions to '80s pop culture especially through "Cry Little Sister" and, even more, for going back to the '80s with us here for a little while as well.