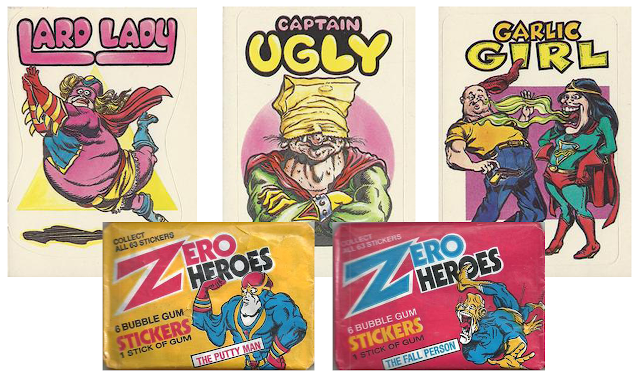 Two years before Garbage Pail Kids totally grossed us out in 1985, there was a set of anti-hero sticker trading cards that might be deemed equally offensive. Donruss and General Mills teamed up in 1983 to produce Zero Heroes which was comprised of 66 wild and wacky characters. Some designs are marvelously original like Hy Voltage aka “Electric Man” and the pants-less wonder “Captain Forgetful.” Others are based more on parody like the comic rip-offs “The Incredible Bulk” and Parker Penn aka “Beetle Man.” There was also the hapless stuntman "The Fall Person" and the sleepy soldiers of fortune "The Z Team." 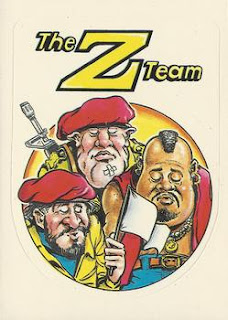 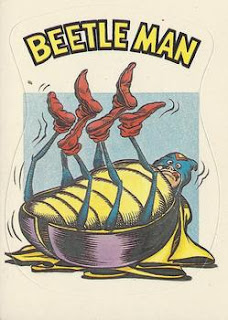 I'll have to admit that I never owned or even heard of this set until a recent delve into the Trading Card Database. It didn’t take me long, however, to appreciate the artwork and humor of this pre-Garbage Pail Kids set. There isn’t much history online but I wasn’t surprised to find that Zero Heroes has already been featured on my friend Shawn’s website Branded in the 80s. What I’d like to contribute is what I deem to be the 8 most offensive characters in the set based on their image and description on the back of the card. 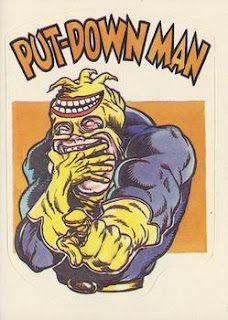 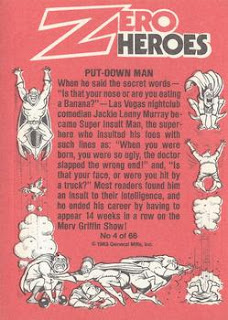 Put-Down Man
There's just no need to ask someone "is that your face or were you hit by a truck?" 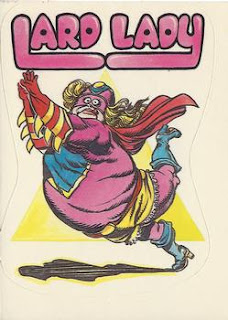 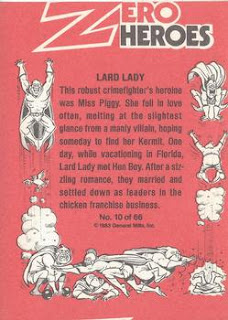 Lard Lady
Yikes, I definitely wouldn't be calling her by name in a crowd. 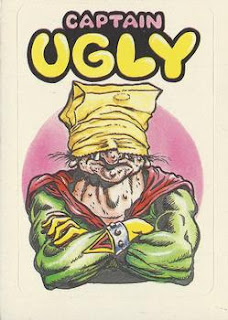 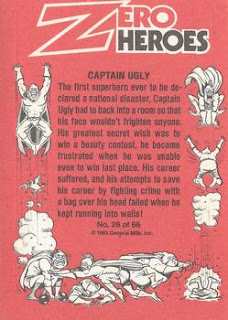 Captain Ugly
Living proof that beauty contests invoke way too much pressure on their contestants. 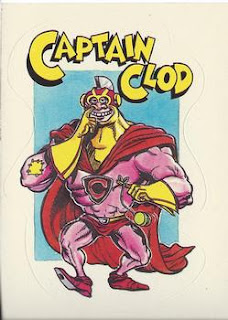 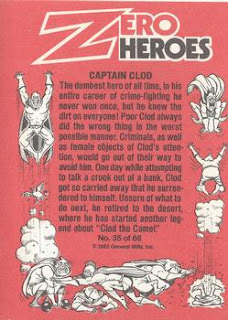 Captain Clod
Maybe he just had a learning disability and a sinus infection? 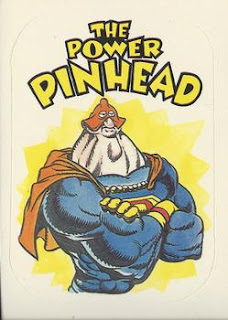 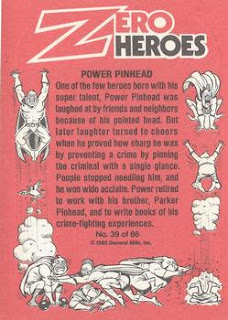 Power Pinhead
Another case of why you should never make fun of the neighbor kid with a birth defect. 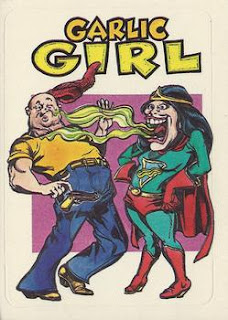 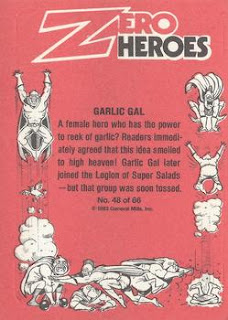 Garlic Girl
Hey, I can relate sometimes when I've had a good Italian meal. 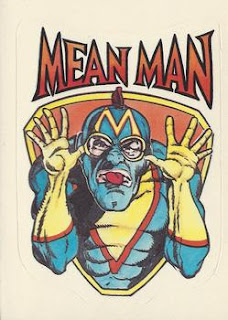 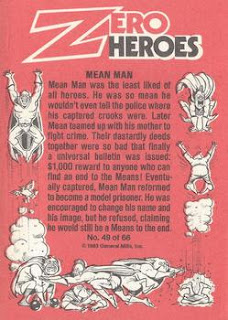 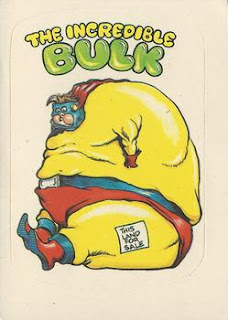 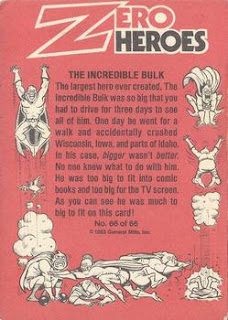 The Incredible Bulk
Just judging by the sign, it appears the frat boys at college are to blame.