Game Review: 'The VideoKid' is a Pixelated Love Letter to 80s Gaming 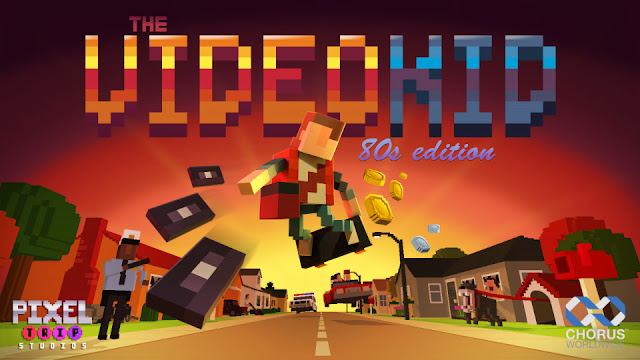 Remember playing Paperboy at the arcade? The unique handlebar controls were a nice change of pace from ordinary cabinets and helped it become a popular game for Atari Games back in 1985. It's arcade success brought ports to home consoles and computers in 1986 (and even a sequel in 1991.)

Building on the legacy of Paperboy and it's fun isometric gameplay is the new title The VideoKid for Steam, Xbox One, and Nintendo Switch. Packed with more references that you can find in just one encounter, The VideoKid is '80s to the nth degree and a true retrogaming experience. PixelTrip Studios gave me an opportunity to discover the game first hand, but before I give my review, check out the description and game trailer below:

Test your skills to the max with this fun & challenging arcade style skate game set in a retro 1980s neighbourhood filled with danger...

Skate, hitch and grind your way through hazardous streets; dodging 80s bikes, cars, trucks, trains & more. The Videokid is jam packed with 80s nostalgia. Relive classic moments of all your favourite movie, tv and cartoon characters and remember... the further you get the more epic the references become!

The goal is simple: Avoid being busted by the cops, pull off sick tricks and complete crazy combos to earn bonuses; all whilst trying to stay alive just long enough to deliver your pirate video round and get to your girl in time! From retro arcade style sound effects, to the incredible 8bit inspired soundtrack (written by DJ Savant) the VideoKid pays pure homage to your favorite games of the golden era. 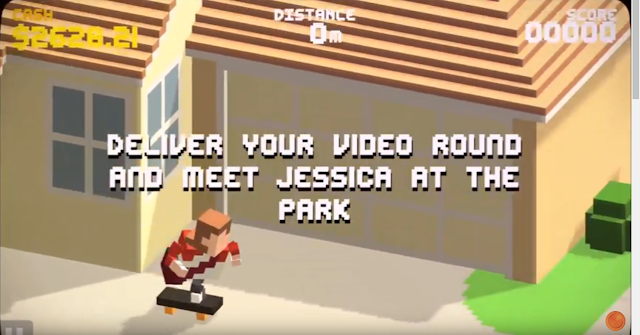 RD80s REVIEW: There is so much to appreciate about this game. It's loaded with '80s references throughout the game, so much so that I found it distracting when trying to play! The game's story is almost centered around a quasi-Back to the Future world with the Marty-like main character design, his house, and meeting "Jessica" (more like Jennifer) at the park. Throughout the delivery run, you'll see the DeLorean Time Machine at least twice (once at 88 MPH), Marty's black truck, Doc's van being chased by the Libyans, and the Lone Pine Mall parking lot.

There are too many vehicle sightings to even list here but some of my favorites are B.A.'s van from The A-Team being chased by the military police, Lion-O driving the Thundertank, and the Ghostbusters Ecto-1 with the guys leaning out to bust a huge Stay Puft Marshmallow Man walking down the street. 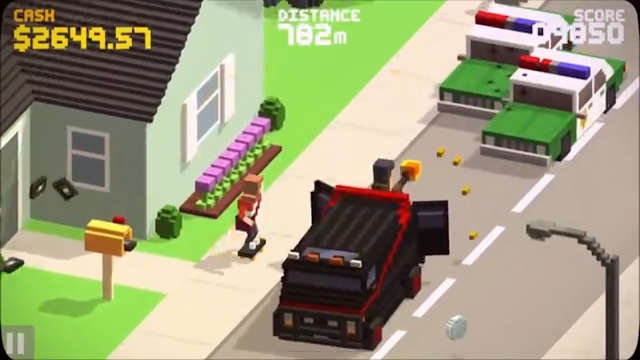 The character upgrades in the store are also very fun. You can get everyone from The Karate Kid to the Joker to Teen Wolf to She-Ra. And when you jump and do tricks during your run, you'll hear sound effects to coincide with your character.

Now, if you are also looking for a challenge and not just references then The VideoKid won't disappoint. It took me at least 6 sittings and probably 100 attempts to finally make it to Jessica. Again, the references are distracting especially when your kids are yelling them out while you play! Figuring out what you need to do to pass certain areas is the key, especially if you are going into this game without watching walkthrough videos. I did get frustrated but decided it was better to figure out the game on my own rather than seeking hints online. Plus, half the fun is just the mindless smashing of things with your VHS tapes like windows, garbage cans, and Care Bears on a park bench.

After I beat it, I was kinda bummed that there was only one level so the main motivation for continued play is getting your name in the Top 25 scores. Since this is "The VideoKid: 80s Edition", I would assume other levels based on the '70s or '90s might be developed later which I would definitely play (instead of VHS tapes, I guess you'll deliver compact discs or 8-tracks?) 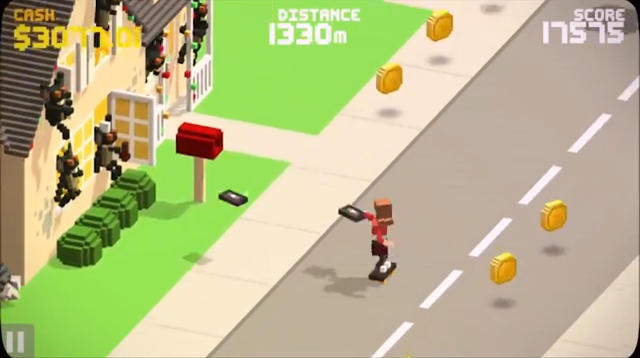 Overall, The Video Kid gets a big thumbs up for its tribute to '80s culture and gaming. Find it now on Steam, Xbox One, and Nintendo Switch for $4.99 (a mobile version is also coming soon!) Go snag it or if you have already experienced it first hand, tell me your thoughts in the comments below.