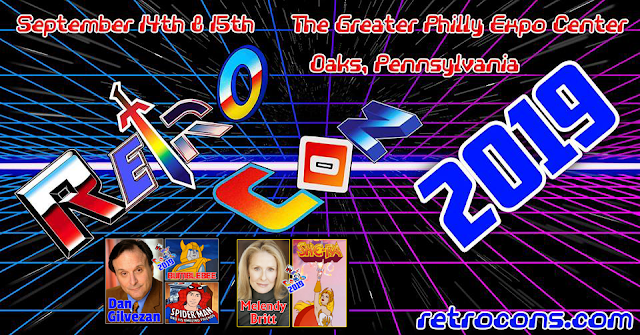 2019 is here and it's never too early to be planning for Retro Con 2019! This year's show dates are already set, September 14-15 at the Greater Philly Expo Center in Oaks' PA. Vendor tables and weekend passes are available at the Retrocons.com website. Show hours are 10am-5:30pm on Saturday and 9am-4pm on Sunday. Weekend passes are $25 in advance with at-the-door admission available (kids 12 and under are free with paying adult!) 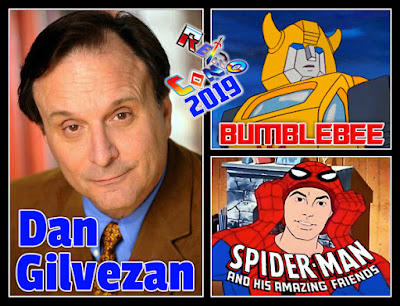 While we are still several months away, two guests have already been announced for this year's show. With "buzz" surrounding the new Bumblebee movie, you'll get a chance to meet the man who first voiced him in the original Transformers animated series! Dan Gilvezan will be on hand for autographs along with his book Bumblebee and Me: Life as a G1 Transformer. During his nearly 40 year acting career, Gilvezan has also voice Peter Parker/Spider-man in Spider-Man and His Amazing Friends along with other animated roles in G.I. Joe: A Real American Hero, Jem, Sectaurs, and Pound Puppies. 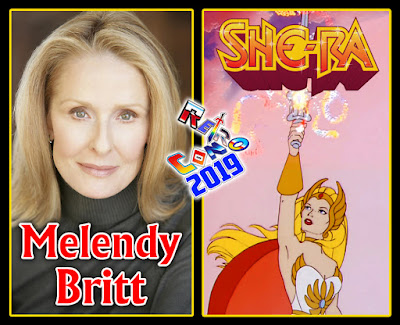 Melendy Britt was a late cancellation for Retro Con 2018, but she is back on the guest list for 2019! Britt is best known as the voice of Princess Adora/She-Ra in the original She-Ra, Princess of Power animated series. She also voiced several other characters in the series as well as roles in other cartoons like G1 Transformers, Plastic Man, The New Adventures of Batman, Flash Gordon, and Avatar: The Last Airbender.

Some great guests for Retro Con 2019 with more announcements to come throughout the year! Stay tuned to RD80s and follow the official Retro Con 2019 event page on Facebook for all the latest information. Hope to see you in September!
Newer
Older
Powered by