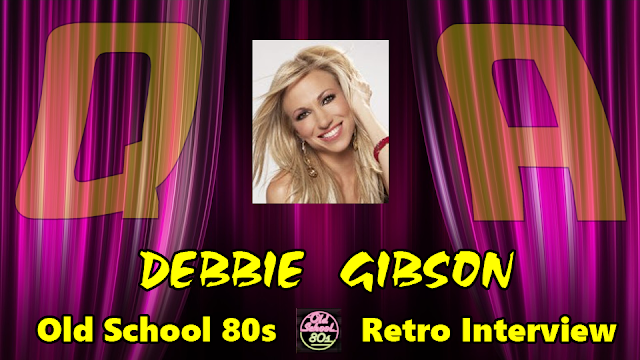 (This interview was originally published November 23, 2012 on the now-retired Kickin' it Old School blog. It is one installment in an incredible series of interviews we are republishing on Rediscover the '80s for posterity and your enjoyment. These are more than just interviews in a way; they are more like '80s timelines or oral histories on their respective subject matters. Please keep in mind the original date because some content could be specific to the time of the interview, though the majority should be timeless and totally rad.) 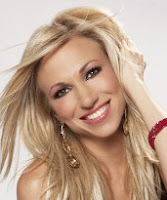 This time that awesomeness is Debbie Gibson. Anybody who grew up in the '80s certainly remembers Debbie Gibson who burst onto the music scene in 1987. She became a pop princess and teen idol at the age of 17 after her debut album became a worldwide sensation. There were not too many issues of 16 or Tiger Beat in the late-80s that did not have Debbie Gibson on the cover. She's had two #1 albums and two #1 singles, sold over 16 million records worldwide, performed sold out concert tours and even had her own perfume. In addition to her award-winning singing and songwriting, she's gone on to acting and performing in movies and on Broadway. I wasn't able to ask her all of the questions I would have liked, but you can still find out a little about her '80s success and more as we get on to some selections from my short interview with Debbie Gibson...


She was born in Brooklyn and grew up on Long Island in New York. Gibson began performing by the age of five and by the age of 16 she would be recording what would end up being a multi-platinum selling album that would change her life forever. 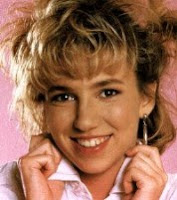 Q: You started your career at such a young age. I imagine that this came with quite a few sacrifices on your part. What memories do you have of your transition into becoming a young artist?

Debbie: When you are young you are so out of your own way! In retrospect, I can see there were sacrifices but I did not feel that way at the time. I was always involved in professional shows from the time I was seven so I was used to missing some school and parties, etc. 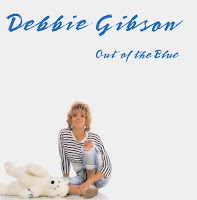 At just the age of 17, Gibson released her blockbuster debut album Out of the Blue in August of 1987. The album would generate four Top 5 singles while going triple platinum and selling over 8 million copies worldwide. The first single was "Only In My Dreams" which she actually wrote a couple years earlier and was released in December of 1986. It climbed the Billboard Hot 100 and peaked at #4 rightfully establishing Gibson as a new pop princess. Many young girls became instant fans and many young boys had instant crushes. [I was one of the latter.] Here is the music video for "Only In My Dreams" by Debbie Gibson...


Q: When you were recording the Out of the Blue album, did you have a feeling it was going to be something special?

Debbie: I had a blast doing the demos! To be able to take it up a notch in production with the amazing Fred Zarr was a thrill but I was so far from focused on if it would be a hit or not. I was just having fun!

One of the amazing aspects of Gibson's success is that she both wrote, performed and sometimes even produced her own material at such a young age. "Shake Your Love" and "Out of the Blue" peaked at #4 and #3 respectively. Even a more impressive feat was achieved when her fourth single from Out of the Blue, a ballad, reached the top of the charts in June of 1988. "Foolish Beat" set a record making Gibson the youngest artist ever to write, produce and perform a Billboard #1 single. This record stood for 19 years when it was broken by Soulja Boy Tell'em in 2007, but she still holds the record for a female artist. Here is the music video for "Foolish Beat" by Debbie Gibson...


Q: Which of your hit songs are your personal favorites?

Debbie: They are all my kids! The ballads, "Lost in Your Eyes" and "Foolish Beat" can mature with me. That is cool. 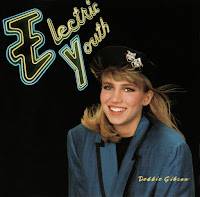 Gibson released her second album, Electric Youth, in March of 1989. The first single, "Lost In Your Eyes", was released in January of 1989 and would become her second hit to reach #1 on the Billboard Hot 100 when it spent three weeks there in March of that year. This helped garner her another remarkable honor when she shared the 1989 ASCAP Songwriter of the Year Award with Bruce Springsteen. Here is the music video for "Lost In Your Eyes" by Debbie Gibson...


Q: I have to ask the Debbie or Deborah question. I know for a while you made a strong effort to go by Deborah instead of Debbie. Recently, I have seen more Debbie again. Which do you prefer now?

Debbie: My friends and family have always and will always call me Deb or Deborah. I was called that until my first record came out. Debbie was a stage name. I went back to my REAL name Deborah but people got confused so professionally it is back to Debbie! 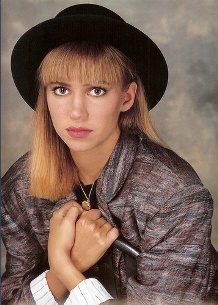 Q: Some '80s pop superstars "run away" from the '80s and some embrace the success and fans from that decade. How do you personally deal with and keep the '80s alive and in perspective?

Debbie: I don't overthink it. I wrote those songs, people love to hear them live, and I love to do them. It is not the only thing I am about but a very significant part of it!


Q: Last year, Mega Python vs. Gatoroid aired on SyFy starring you and Tiffany. This created a ton of buzz especially for us '80s fans. What can you tell us about your experience making this film and working with Tiffany?

Debbie: I LOVE her! She is a cool chick and both her acting and singing blow me away. I can honestly say I was way more over-the-top in my acting. You can tell I did a lot of theater because I was projecting to the balcony. Tiffany had more real moments and subtleties in a very non-subtle movie. 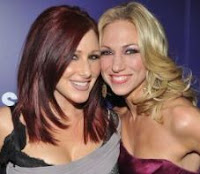 Mega Python vs. Gatoroid premiered on the SyFy channel in January of 2011. It is significant here because it starred two former '80s pop princesses in Debbie Gibson and Tiffany. The film is intentionally campy and a little cheesy as would be expected, but overall entertaining. There is an outstanding cat fight scene between the two of them which I am sure was a dream-come-true for many of those who grew up in the '80s. Here for your viewing pleasure is that wonderful scene from Mega Python vs. Gatoroid...

Q: Were the two of you really rivals back in the '80s who did not like each other?

Debbie: NO! Who had time to think about anyone else? We were both on our paths. In fact, I was happy there was someone else doing it for me to relate to and I was always a fan of her records.


Q: What can we expect from you as far as music goes in the near future?

Debbie: I have written my most inspired songs to date and will record this year. I am versatile and a fan of many genres and this group of songs reflects that. I am not trying to fit any mold... it is authentic, melodic, some sensual, some playful, some piano-based, some more sparse and urban... I cannot wait! 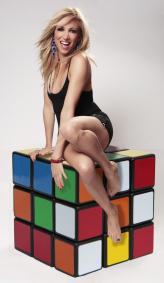 Q: What else has Debbie Gibson been up to lately, both musically and otherwise?

Debbie: I constantly perform. I dabbled in reality TV on Celebrity Apprentice. I do tons of charity work and shows. I have been doing recording and songwriting bootcamps with kids. I did 17 musicals in 17 years - Broadway, The West End, and tours. I feel myself reciting my resume and feel tacky so I am going to stop and say if you want any more to Google me baby!


I had so many more questions that I wish she could've answered, but I am still pleased that Debbie was able to take some time to answer the ones she did so I could share them with you here. Special thanks to Elizabeth Neff for helping to coordinate the opportunity.

To find out much more and keep up with everything she has going on, please check out the official Debbie Gibson website. I want to take this occasion to again thank Debbie Gibson for her contributions to '80s pop culture as a teen idol especially through her hit songs and, even more, for going back to the '80s with us here for a little while as well.