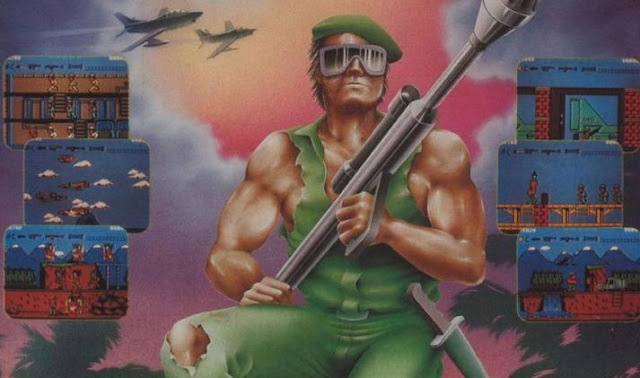 Bazooka Bill is a 1985 side scrolling computer game developed by Melbourne House and released in the UK for the Commodore 64. It was later ported to the ZX Spectrum computer platform in 1987. The following promotional ad caught my eye in the Nov 1986 issue of Computer and Video Games Magazine: 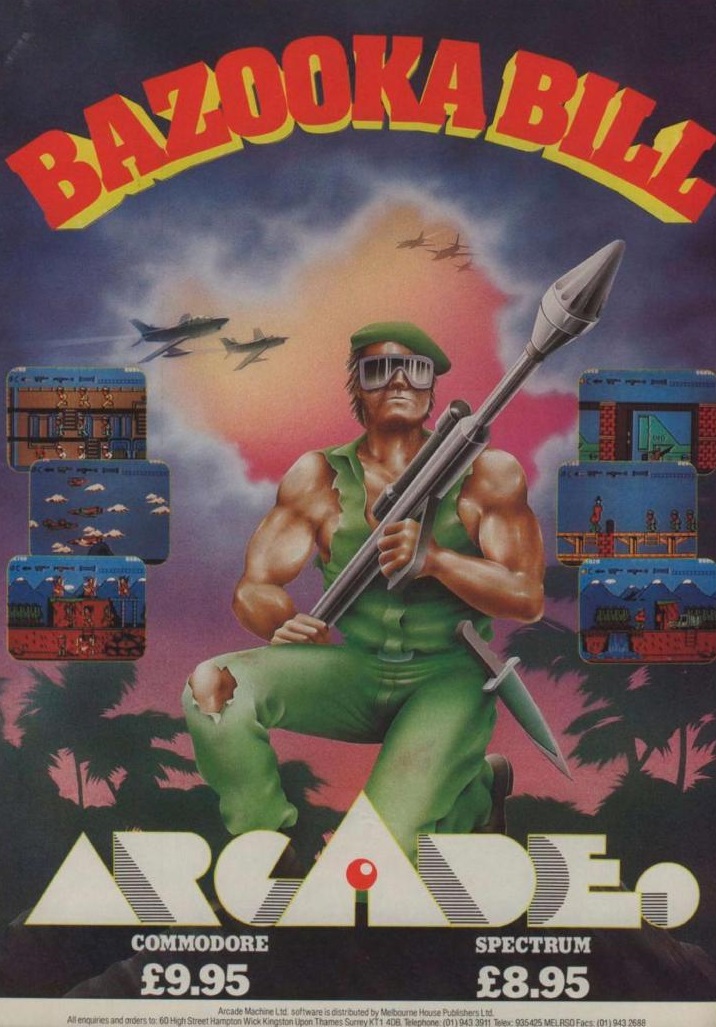 Released in the prime era of G.I. Joe (or Action Force if you lived in the UK,) the Bazooka Bill character depicted in the ad looks like he could've been the love child of Lt. Falcon and Low Light. I couldn't find any information on the artist but in my opinion, they deserve a medal. For more on Bazooka Bill, visit Moby Games and also watch the Weird Video Games review on YouTube.