Before Gameboy, LCD Handheld Games Entertained Kids of the '80s 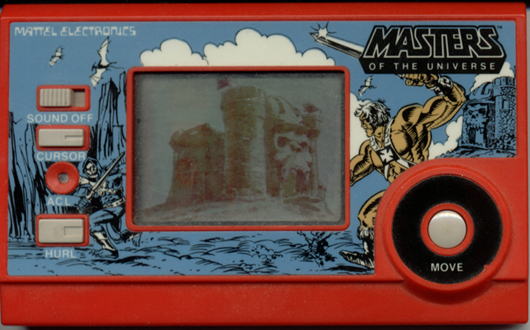 Back in the '80s, Radio Shack was the place for all things electronic. And while the Sears Wishbook was the catalog was king, Radio Shack's catalog and flyers where something all kids looked through for the latest remote control cars, boomboxes, watches, and calculators. They also sold video game consoles, game cartridges, and handheld games.

Before Nintendo's Gameboy came to North America in August 1989, LCD (Liquid Crystal Display) handheld games were the most popular way to play video games on the go. And while most were really basic, handheld games at least made long car trips a little shorter. Radio Shack and Tandy provided dozens of games throughout the '80s which made great cheap gifts for rambunctious kids on family vacations. And while Gameboy, Sega's Game Gear, and Atari's Lynx quickly made LCD games obsolete, they still managed to entertain kids into the early '90s. 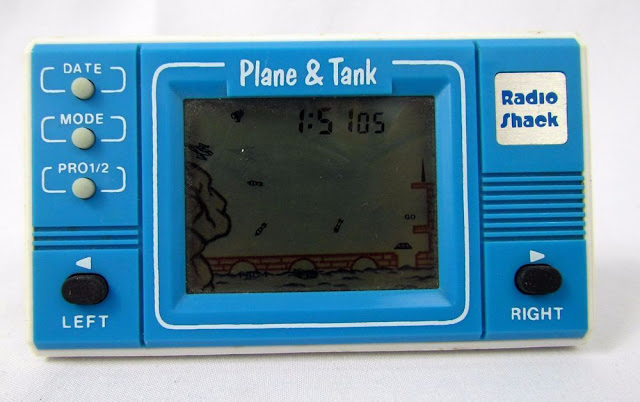 Radio Shack, Tristar, and Mini Arcade brands released a series of handhelds with a middle LCD screen and basic left/right motions. Most also include the date and time with different difficulty modes. A few of the popular titles included Plane and Tank (above,) Sea Ranger, Volcano, Submarine, Climax, and Highway which you can play online. 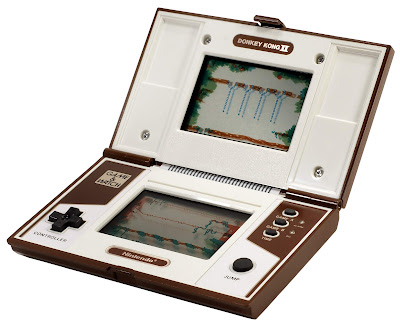 Nintendo Game and Watch was another popular LCD series of games. Some had a wide screen similar to Radio Shack games while others opened to reveal two split screens which interacted together. 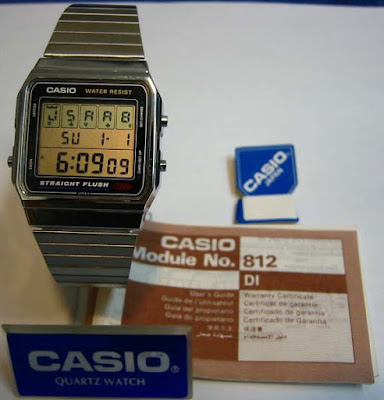 Casio produced over 150 handheld games in the '80s including several unique wristwatches. Before you could play some of the best casinos online, Casio had the Straight Flush watch that could let you play poker right on your wrist! 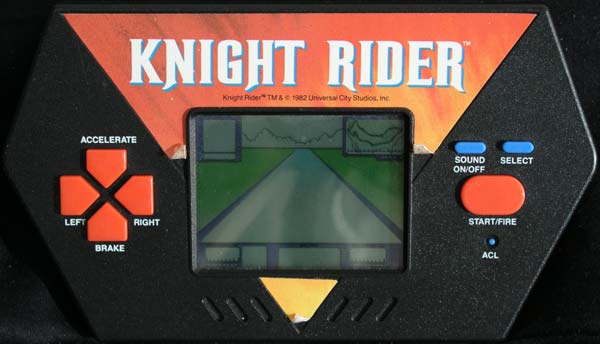 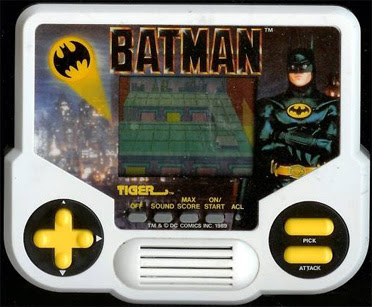 The company that made the most LCD games throughout the '80s and early '90s was Tiger Electronics. Original concepts and licensed properties were both used among the nearly 200 games produced by Tiger Electronics. Some games like baseball also included the "talking" variety which featured play-by-play commentary.

Many more companies were innovators in LCD gaming during this era including Konami, Texas Instruments, Tomy, and Vtech. What LCD games do you remember owning during the pre-Gameboy era?