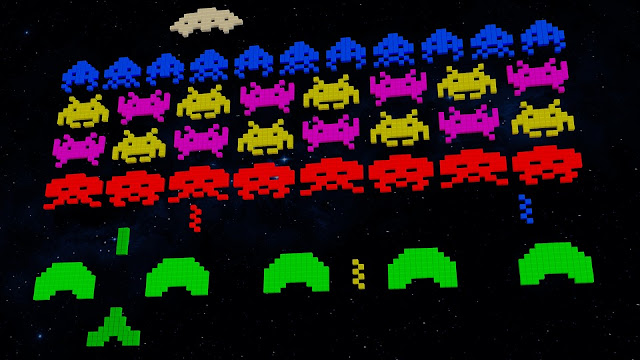 Remember Contra? How about Pac-man and Super Mario Bros.? Gaming has been on a constant evolution from the 1950s and has led it to become a leading entertainment industry worldwide.

The early 1970s saw an increase in personal computers as well as gaming consoles. It was during this time that Intel developed the world’s first microprocessor. Knowing the power a microprocessor holds today, you can bet this was a milestone achievement.

In fact, it’s what led to the first multiplayer game, Gunfight in 1975. Forget Call of Duty for a second, because Gunfight brought the world to a standstill. Why? Players could shoot using one joystick and use another for movement.

Afterward, courtesy of the microprocessor, programmers developed a new game called Space Invaders intended for the Atari VCS. This was in 1980 and signified the next level in gaming and sales. As a result, sales from the Atari 2600 hit 2 million units the same year.

Space invaders caused a stir in the gaming community and this led to a rise in gaming companies trying to develop games for the new market. However, gaming companies released games that didn’t interest the masses.

Eventually, this caused a saturated market and a video games crash was inevitable. This was in 1983 and companies incurred massive losses and a ton of games had to be dusted under the carpet. At this point, the gaming industry needed a miracle to get back on track.

It was at this time that other consoles started gaining popularity. They include the Apple II, The Commodore 64 and Vic-20. They were affordable and the developers labeled them as being more family-oriented. 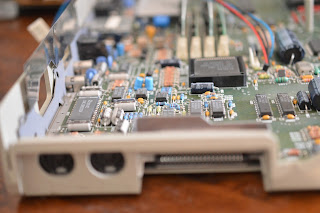 The main reason, though, why they gained massive popularity was their powerful processors. This ushered in the next generation of gaming. These consoles allowed gamers to create their own games using the BASIC code shared all over by gaming magazines.

In addition to offering a way of creating games, these computers also opened up the world of multiplayer gaming. Something that revolutionized gaming. This was in the late '80s where Macintosh came with the ability to connect to another console.

The MidiMaze released in 1987 for the Atari ST came with functionality that allowed a maximum of 16 consoles to be linked. They did this through one MIDI-OUT port to another MIDI-IN port.

Pathway to Darkness released in 1993 was the real beginning of multiplayer gaming over a network. It grew even more after Marathon was released for Macintosh in 1994. Quake, a first-person shooter game hit the stores and at this point, Windows 95 was already out, and Ethernet cards were affordable, thus increasing the LAN gaming’s popularity.

Nevertheless, the internet was the gamechanger in multiplayer gaming. This allowed multiple gamers to compete and also interact from various locations. In fact, this is what sparked the development of online gaming on consoles.

Before Nintendo and Sega ever dared to venture in online gaming, there had been numerous attempts at using telephone lines to transfer data between consoles. In 1982, during the Consumer Electronics Show in Las Vegas, William Von Meister revealed to the world a new modem transfer technology. 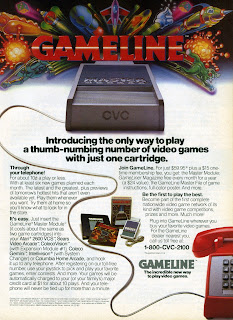 The CVC GameLine allowed users to download games and software through telephone connection and store in a cartridge that could be inserted into the Atari console. However, it didn’t get proper support and the 1983 video games crash buried it.

Attempts continued but a breakthrough came in 1993 when the internet became a public domain as we know it today. Two years later, Nintendo unveiled the Satellaview, which was a satellite modem device for the Nintendo Super Famicom console. With this, users could download games, cheat hints, and news straight to their consoles using satellite.

Up to 1996, the dream to conquer online gaming seemed elusive mainly because of slow internet connection and issues with cable providers. In 2000, Sega Dreamcast broke through the glass ceiling with their first-ever internet-ready console.

This device came with a modem capable of speeds up to 56Kbps. In it was also a PlanetWeb browser, which made it internet-based gaming a major focus of its setup. However, due to the high cost of accessing the internet, Sega had to incur all the massive bills as they used the in-built browser.

According to experts, the device failed because it was way ahead of its time not to mention the fast evolution of PC technology. Nevertheless, it opened doors for next-generation consoles including the Xbox released in the mid-2000s.

Since the turn of the millennium, the internet has seen rapid growth and processor technology has seen new advancements. Every game comes with advanced graphics that seem to surpass logic and expectations. In fact, according to a Computer and video games industry report released in 2015 by ESA, over 1.5 billion people with internet access play video games.

Today, almost all games including casino games have an online section that improves interactivity and gameplay experience such as what CasinoClassic.com offers. In fact, multiplayer first-person shooter games such as Call of Duty Modern Warfare led to the rise of gaming factions around the world.

The groups can have a few members or even hit thousands of online gamers. They can meet on various online platforms where they can rate and compete against each other.

In 2007, app stores and smartphones invaded the market, and this ushered a new generation of gaming. Similar to how PCs and processors evolved within a short period after 2000, so did the mobile phones.

The Future of Gaming

Mobile gaming opened a whole new world of gaming that many people didn’t anticipate. While millennials find it convenient due to their busy schedules, there are certain limitations to mobile gaming. First is the screen size, then there’s the issue of limited internal memory not to mention processor speeds.

Recently, revenue growth on mobile gaming has taken a back seat with distribution costs on the rise in the past few years. While mobile gaming may be slowing down, two new technologies have taken the driver’s seat – artificial intelligence and virtual reality.

These two have it made possible for increased interaction and immersion through a 3D world. Such advancements in technology signify an impending change in gaming as we know it. From the '80s and before to today, gaming has been through multiple waves and the next frontier promises to be even more exciting, so sit tight and enjoy the ride!
Newer
Older