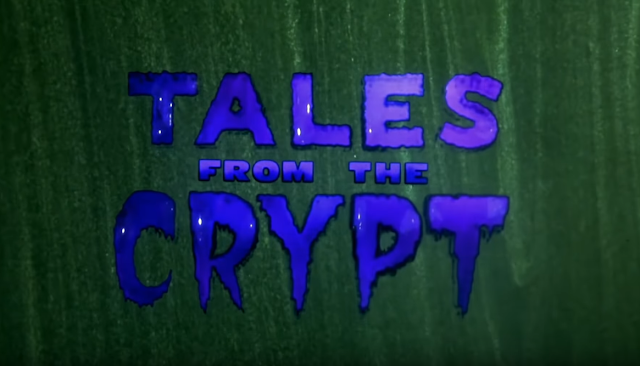 The '80s was a decade of vivid styles and alternative thinking, a time marked by big cinematic questions. Back to the Future (1985) hit the scene followed by its sequel in 1989, but we also got E.T. the Extra-Terrestrial (1982), Ghostbusters (1984) and Aliens (1986). One commonality between these movies is the idea of humanity tackling forces and entities beyond its understanding. There were a select few TV shows too that encouraged the same contemplation of supernatural possibilities and an enjoyment of such stories.


The brains behind this gem of a series was none other than Steven Spielberg. Each season has over 20 original stories of fantasy, comedy and horror, featuring famous '80s actors and directors. The intrigue of this show was in its unique ideas and perspectives, such as that of a dog tormented by its suburban family, the only animated episode in the series. Another story, The Amazing Falsworth, dealt with the popular theme of psychics. The titular character, after sensing a serial killer in his audience, attempts to identify and stop him.

What’s attractive about such a story is that it sheds a practical light on a supernatural concept. This episode’s particular scenario is an extreme example, but it demonstrated a genuine psychic’s core skill: heightened intuition. Spiritual themes have always fascinated us; the rising popularity of sites offering clairvoyance or online tarot readings just goes to show that spirituality remains more popular than ever, with many people seeking insights into everyday situations. In a way, '80s TV shows like Amazing Stories educated people on these fascinating topics which were not as well understood by the wider public previously. The sheer variety of stories it presented helped to broaden people’s minds further.

This show, headed by Frank Mancuso Jr., took Spielberg’s vision and fitted it into a greater narrative – completely unrelated to Jason Voorhees. An antiques dealer, Lewis Vendredi, dies after breaking his pact with the Devil to sell his store’s cursed stock. His niece and her cousin take over Curious Goods, discover the truth and alongside an occultist friend of Lewis’s try to reclaim items that have already been sold. All of them, however, cause havoc by cursing their owners or being used for evil purpose. The show’s sudden cancellation is still lamented today, but it did manage to leave behind some memorable scenes and lessons.

This last point seems to come up in almost every production involving supernatural entities. The overall message of series that follows the premise of Friday the 13th is to not mess with powers you don’t understand, especially for personal gain. In fact, the whole genre of horror has developed quite the reputation for valuable life lessons, such as avoiding a basement with a mysteriously flickering light, running at the first signs of a haunting or the sight of Jamie Lee Curtis. Many people unconsciously live by some of these rules today, a trend amusingly celebrated in productions like the Scream franchise. The '80s contributed to the evolution of horror culture.


HBO's horror anthology series Tales From the Crypt used stories of what could be reality and jolted them with the supernatural. Based on the comic book series from the '50s, the premium cable show had the freedom to inject more R-rated content into it's tales. Coupled with its Cryptkeeper host and several familiar guest stars, Tales From the Crypt had the perfect recipe for success which extended beyond television to movies and even an animated series geared toward kids.


Building on the success of the feature film Creepshow, director George Romero and Laurel Entertainment created the anthology series Tales From the Darkside. The series escaped the comic book licensing and limitations of Creepshow by delving into horror, fantasy, and science fiction.

Episodes featured short stories, some from popular authors like Stephen King and Clive Barker. In 1988, the book Tales from the Darkside: Volume One was published which featured novelizations of the television episodes. The popularity of the series also led to a movie in 1990 starring Christian Slater, Debbie Harry, William Hickey, Steve Buscemi, and Julianne Moore.

A range of incredibly imaginative and thought-provoking TV series and movies were delivered and embraced in the '80s. In addition to enlightening viewers on otherworldly topics they may never have even heard of, all of the shows mentioned above turned an inquisitive gaze on what was considered normal and real in the non-fictional world.
Newer
Older
Powered by