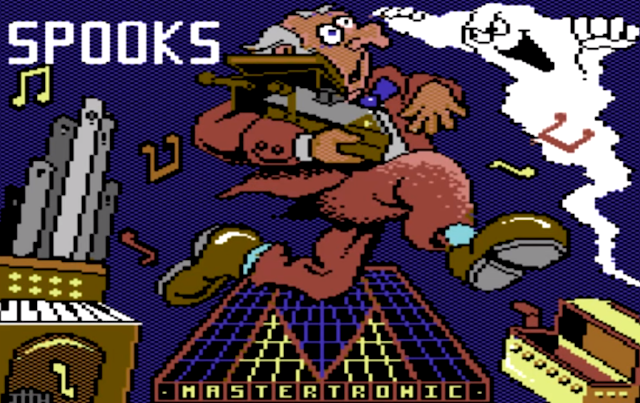 Haunted house attractions have been around since the early 20th century in America, when parents encouraged each other to distract their kids during the Great Depression era. Keeping kids away from mischief and vandalism started at home with groups of parents decorating their basements to scare their children.

The biggest pop culture impact came from Disney’s Haunted Mansion which opened in 1969. From there, attractions began popping up nationwide for the Halloween season. And as the popularity of haunted houses grew, they became more prevalent in entertainment like horror movies and eventually video games as the industry grew.

Gamers in the modern era can find horror themed games on mobile apps, virtual reality, or online slots via trusted casino sites. But back in the ‘80s, we played spooky games in arcades and on our home consoles. Let’s take a look back at nine early haunted house games from the ‘80s.

Originally titled "Nightmare Manor", Haunted House was one of the first examples of a survival horror game. Per the instruction manual, the object of the game was to navigate the mansion of the late Zachary Graves and find 3 pieces of a magic urn. Randomly scattered throughout 24 rooms of the mansion, you look with a pair of eyes while avoiding bats, spiders, and ghosts. 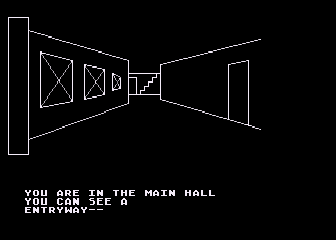 An early print ad for the first-person RPG The Haunted Palace says "A body has been discovered in the furnace. Choose one of six characters to find out who is responsible." Atari even offered a $500 bounty for the first gamer to solve the mystery in the 3-D mansion that had 640 possible views. 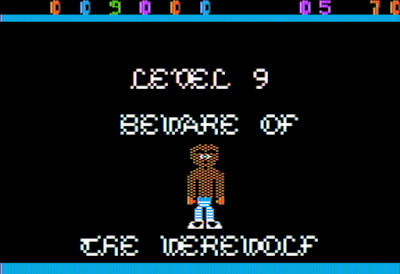 In this Haunted House computer game, players controlled a rabbit character who wielded a 100-shot gun and jet pack to defeat jack-o-lanterns and bats. Each level featured a boss based on a classic monster including Frankenstein, Dracula, a mummy, a ghost, The Blob, The Invisible Man, a zombie, a witch, and the Mad Scientist which was the final goal. 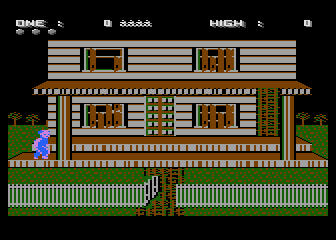 Players control Harry the Ghost Chaser whose mission is to get rid of all the ghosts inhabiting Fairport Manor. He must traverse 16 locations in and under the house including the attic, the kitchen, the library, and the sewers.

The adventure game Spooks is set in a mansion haunted by four ghosts. To drive them out, you must collect eight music boxes and play them at the exit.

Players take control of Mick who must find the family jewels hidden in the Ghost House. But before you can escape, you must unlock 5 coffins and defeat the mighty Dracula.

The first arcade game in the Castlevania series, Haunted Castle finds hero Simon Belmont in a quest to rescue his wife Selena from Dracula. He uses his trusty whip and one additional weapon to defeat skeletons, zombies, and bats throughout 6 levels and face off against Dracula. 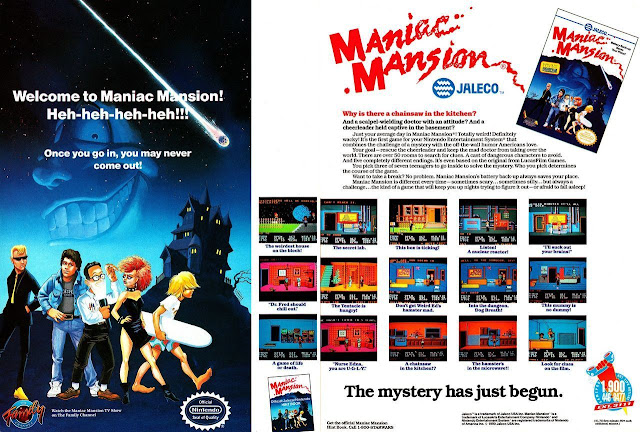 Developed and the first self-published game by Lucasfilm Games, Maniac Mansion follows Dave Miller in his mission to rescue his girlfriend from a mad scientist. The game was a hit and spawned a
Family Channel TV series that lasted for 3 seasons in the early '90s.