Go Behind the Scenes of the Best Thanksgiving Movie With This 'Planes, Trains, and Automobiles' Featurette 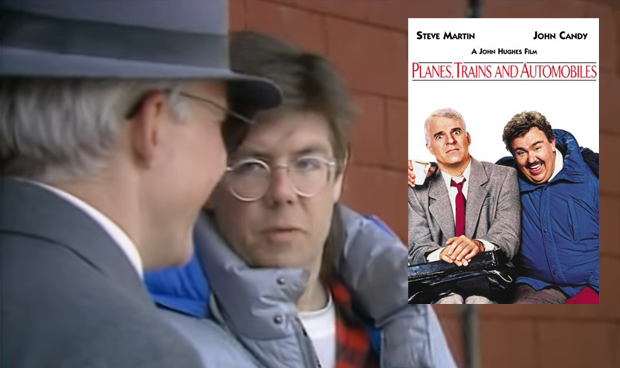 Thanksgiving is approaching and for many of us, it's the time of year to rediscover the John Hughes film Planes, Trains, and Automobiles. It's a movie I've watched many times but actually never owned as it seemed to be playing on cable networks every holiday season. Over the past several years (without cable) I usually find myself hunting it down on streaming services to no avail. Finally this year I caved and just purchased a digital copy of the film.

Planes, Trains, and Automobiles still holds up over three decades since it's original release on November 25, 1987. I've gone a little deeper with this year's viewing, looking up the film's history and little known facts. While digging, I found a great featurette on the film that was previously released to Blu-ray titled Getting There is Half the Fun: The Story of Planes, Trains, and Automobiles. The short film was new to me so I figured it might be new to some others who like me, always try to find the film at Thanksgiving.

The behind-the-scenes documentary features excerpts from an interview with John Hughes, Steve Martin, and John Candy at Paramount Studios. It also interviews several of the cast and crew with their stories on making the film.

I hope you enjoy the video and have a Happy Thanksgiving!