The 5 Most Ridiculous Episodes of The Smurfs 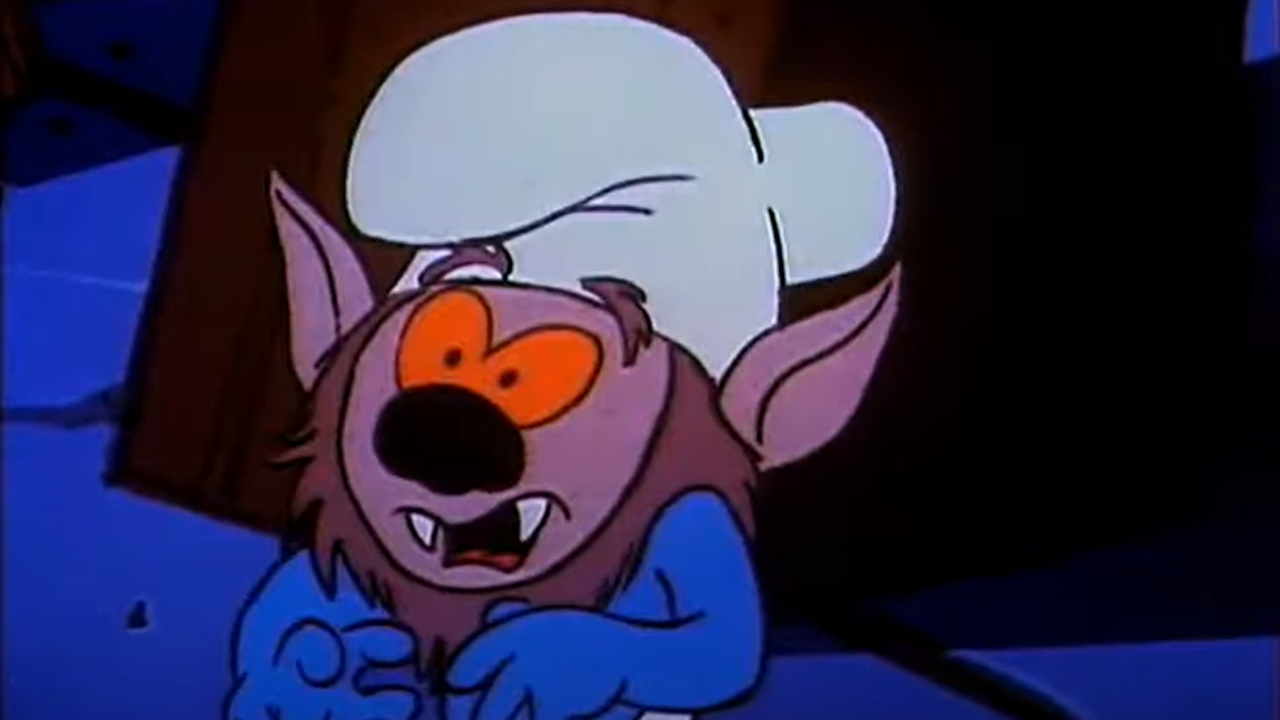 I was a huge fan of The Smurfs as a kid. I have many happy memories of watching the cartoon series on Saturday mornings in the early '80s and collecting the small figurines in department stores. From 1981-90, The Smurfs produced a whopping 256 episodes. As they increased in popularity, NBC would broadcast episodes in 90-minute blocks on Saturday morning for 5 straight years.

I've purchased some of the DVD collections over the years (impulse buys mainly) and watched Smurfs episodes on YouTube to show my kids where the story began, before they got into the feature film business. After rediscovering several episodes, it doesn't take long to realize that there were some really jacked-up storylines!

Then after digging into a Smurfs episode guide, I realized that there were some insane criminal acts and even torture happening in the name of children’s entertainment. What exactly did I find? Smurfs making fun of the afterlife, becoming mutated beasts, and wearing drag. No joke.

Here's a list of five ridiculous episode plots from The Smurfs that you can rediscover for yourself:

The Smurfs begin their day as usual, hard at work on a suspension bridge. After being warned by overbearing foreman Papa Smurf for leaning too much on his shovel, Lazy decides to help by cutting down some trees. After a few minutes, he is tormented by a purple fly with vampire-like fangs.

In a fit of rage, he chases after the fly like an axe murderer, but the fly manages to escape and bites Lazy on his tail. Lazy then turns into a purple, zombie-like “biter” and begins terrorizes the village yelling “G-Nap! G-Nap!” Several Smurfs scramble to capture Lazy, tying him up in his house. But Lazy breaks free and begins biting more Smurfs, slowing spreading the purple pandemic in the village.

After several failed attempts by Papa Smurf to find an antidote, the purple Smurfs surround his lab. Papa realizes it’s too late as he finds himself as the final blue Smurf. All hope is lost as Hefty sets Papa’s lab ablaze and then bites Papa. His lab explodes, luckily mixing the right ingredients to make an antidote smog which covers the village and cures all the Smurfs. Whew, that was a close one!

As Gargamel and Azriel feel that today is the day they’ll finally catch some Smurfs, they stumble upon several who are gathering firewood in the forest. Gargamel gives chase and tangles his large net on a limb which falls on top of Azriel, knocking them both unconscious.

Jokey enjoys seeing them in this state and decides to play a practical joke on them. He shares a plan with the other Smurfs to make Gargamel believe he is six feet under. The Smurfs spring into action by making fluffy smoke and heavenly costumes before Gargamel wakes up from his fall. When Gargamel comes to, he asks the heavenly Smurfs if he has “passed away.” They affirm his greatest fear and inform him that he will be headed to the hot place unless he agrees to start being kind to the Smurfs.
After seeing a couple deviled Smurfs with horns and pitchforks, Gargamel agrees to become a slave laborer to the Smurfs back on “earth.” After a few Smurf angels visit Gargamel that night with a list of chores for the next day, he discovers the whole thing is a trick when some fake wings are left behind.
He keeps up the rouse until the next day at the village and unleashes his own hell. Papa Smurf then uses a floating cloud trick to get Gargamel to leave the village and teach the jokester Smurfs a lesson in the process. Let’s see…tricking people into thinking they are going to Hell so they can work while you live in the lap of luxury… did Jim and Tammy Faye write this episode?

“Smurfette For A Day”

When the Smurfs decide to build a new playground for Baby Smurf, Clumsy accidentally falls down a hole which happens to be the home of a worm-eating gnome. Upon meeting the Smurfs, the gnome takes a liking to Smurfette. They take him back to the village where Greedy provides some food for the gnome.

Coming on strong to Smurfette again, the little hole-digging perv tells her he’s going to take her as his wife once he finds the “cavern of gems.” With the other Smurfs trying to protect Smurfette and her feeling like she can handle the situation herself, Handy devises a plan to lie to Smurfette to get her out of the village so they can dress up the strongest Smurf in drag to deceive the gnome.

The plan works, as the gnome kidnaps the blonde-haired Smurf with a Hefty surprise and the other Smurfs scramble to attempt her…err…his rescue. Wow. Okay, why didn’t the strongest Smurf in the village tell Handy to go sit on his hammer with a plan like that?

An evil wizard, who feels his skills were snubbed in the latest wizard power rankings, seeks to cast the ultimate spell that will earn him a little respect. However, this spell requires a special ingredient…Smurf sweat. After disparaging over his lack of Smurf intel (and probably throwing up a little in his mouth) the wizard gets a stroke of good luck by finding a traveling Peewit at his castle door.

The wizard soon learns that Peewit is a friend of the Smurfs and scares up a plan to obtain his missing ingredient. He uses Peewit’s appetite and some wolf gravy (that just happened to be in his pantry) to turn Peewit into a raging werewolf by moonlight. The wizard commands his new pet to bring back 3 Smurfs to complete his spell.

The very next night, the werewolf rampages the Smurf village, leaving the other Smurfs and friend Johan to rescue their friends and defeat the beast. You know what else is creepy about this episode? It debuted just 3 weeks before Michael Jackson’s “Thriller” video. Coincidence?

Everyone prepares for the Smurf talent show. Jokey tells everyone he has a “secret act” that’s sure to be a big surprise. He goes around the village, borrowing materials from many Smurfs to build a Gargamel dummy. He gives a good scare to Brainy and everyone agrees the act will be a hit at the talent show.

Later in the forest, the real Gargamel stumbles onto Jokey’s act as he shows Sassette. Less than pleased, Gargamel uses his new spell book to make the dummy come to life and set a trap for the Smurfs. Back at the Smurf Village, the wooden terrorist begins vandalizing huts and for his grand finale, rigs all of Jokey’s exploding presents together to blow the village to kingdom come.

Jokey then disguises himself as the puppet to trick Gargamel into giving him the reversing spell. I’ve heard that producers rejected the follow-up episode in which a girl dummy created by Smurfette tries to bring the Gargamel dummy back to life.
I'm just scratching the surface here with crazy Smurf plots. Do you remember any other Smurfs episodes that were ridiculous or creeped you out as a kid?


Note: I originally wrote this article for UnderScoopFire and is republished with permission.
Newer
Older
Powered by