Posted atFebruary 19, 2020Posted by:RD80s StaffLabels#80s, #Ms. Pac-man, #video games
Share
Video games and gaming in general have evolved in a really fast manner. Yet, it's not difficult to remember a time when home consoles and arcades were a relatively new concept. Today, we will look back at some of the classic games we all remember, and in some sense, made us fall in love with electronic games.

Get comfortable and let’s explore some most beloved videos games from the '80s! 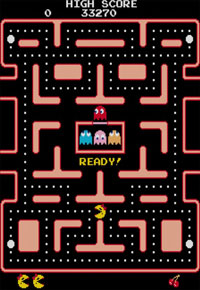 1982 was a great year for many reasons. Michael Jackson’s classic album “Thriller” was released, David Letterman aired his first “Late Night” episode and the movie E.T. was shown in cinemas all around the world.

But perhaps the biggest event of the all was the launch of the classic arcade game Ms. Pac Man. The release was a sequel for the game Pac-Man but came with a few small changes.

The main difference was Ms. Pac Man was introduced with a red bow on her head and actually showed some insights into the relationship between the two with segments in between levels.

Next on the list is Super Mario Brothers from 1985, which is a personal favorite for many gamers around the world. 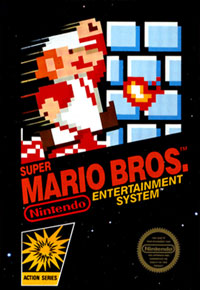 The Nintendo game was a follow up of the Mario Bros, the arcade classic published in 1983. Eventually, Super Mario Brothers became so popular it was included on the Playchoice-10 cabinet featured in arcades.

Super Mario Brothers is commonly known as one of the best video games ever made and has sold more than 40,000,000 copies since 1985.

What’s cool about Super Mario Brothers is that the franchise still lives on with new releases and “re-releases” of old games on modern consoles.

Another cool thing about the Mario game series is the Super Mario Slot from Super Mario 64 DS. This casino game was one of Luigi’s minigames, which in reality was a slot machine with three reels where you could win coins, up to 20 times the bet size.

Since then, many casino games inspired by '80s retro games have released, and to be honest, it was probably the Super Mario Slot that gave them the inspiration first. If you’re into slots with fun themes, see this guide to casino games online.

Donkey Kong from 1981 follows the lead character “Jumpman” trying to rescue his girl Pauline from Donkey Kong, the ape protecting her with rolling barrels. 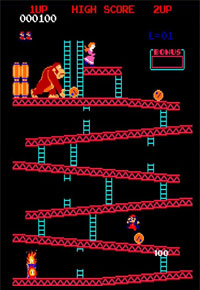 The game series was a success, and 30 sequels has since then been released (the last one was released back in 2015.)

What’s really cool about Donkey Kong is that the character has appeared in other games as well; the Mario Kart games and the Super Smash Bros to name a few.

Donkey Kong was also featured in the 1996 slot machine “Donkey Kong”, produced by Maygay on the license of Nintendo.

The main objective of the Donkey Kong slot machine was to get the jackpot bonus by climbing up to the top of the machine. Of course, loads of barrels and ladders was in the way making things harder.

One cool feature in this particular game is the Super Mario Button which, if pressed, would give you extra coins, more lives and opening up closed of ladders. 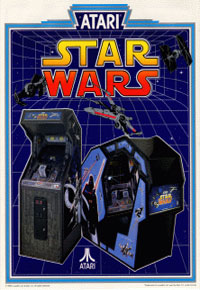 The Star Wars arcade game from 1983 by Atari was a big hit. As a player, you got to control the totally awesome X-wing fighter and its captain, Luke Skywalker.

Star Was was featured in arcades as both a stand-up cabinet and a sit-down cockpit styles.

What was unique about this game was the fact that you did not have to fight (and beat) all enemies on all levels to go on to the next level. Instead, you had to survive the enemy attacks for a specific period of time.

Just like the movies, the Star Wars video game is a classic that will forever be remembered as one of the greats. 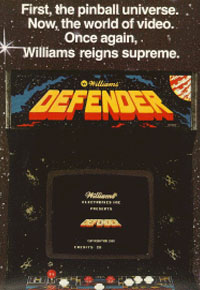 Another awesome game from the '80s is the space themed Defender from 1981.

The objective of the game is to protect astronauts by defeating waves of hostile aliens, which might sound easier than it is.

In reality, this game is commonly known as the most difficult retro game from the 1980s.

However, the game was a massive success and sold over 50,000 units world-wide in its history and is still revered today.