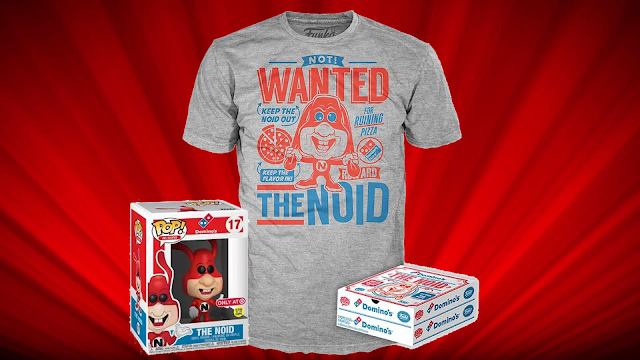 The latest edition to the Funko POP! Ad Icons is the Domino's Pizza mascot from the '80s, the Noid! Determined to delay your delivery beyond 30 minutes, the Noid was predominately featured in television ads beginning in 1986. Will Vinton, the talented claymation producer behind the California Raisins, also brought the Noid to life. Beyond Domino's Pizza commercials, the Noid would appear on all kinds of merchandise and even star in two video games.

Funko has now immortalized The Noid with a new collectors box available only at Target. Inside the faux pizza box, you'll find an adult-sized t-shirt (M-XXL) and collectible POP! vinyl figure. The figure, in his iconic suit, even GLOWS IN THE DARK! Click over and order the Noid POP! and Tee Collectors Box now at Target.com 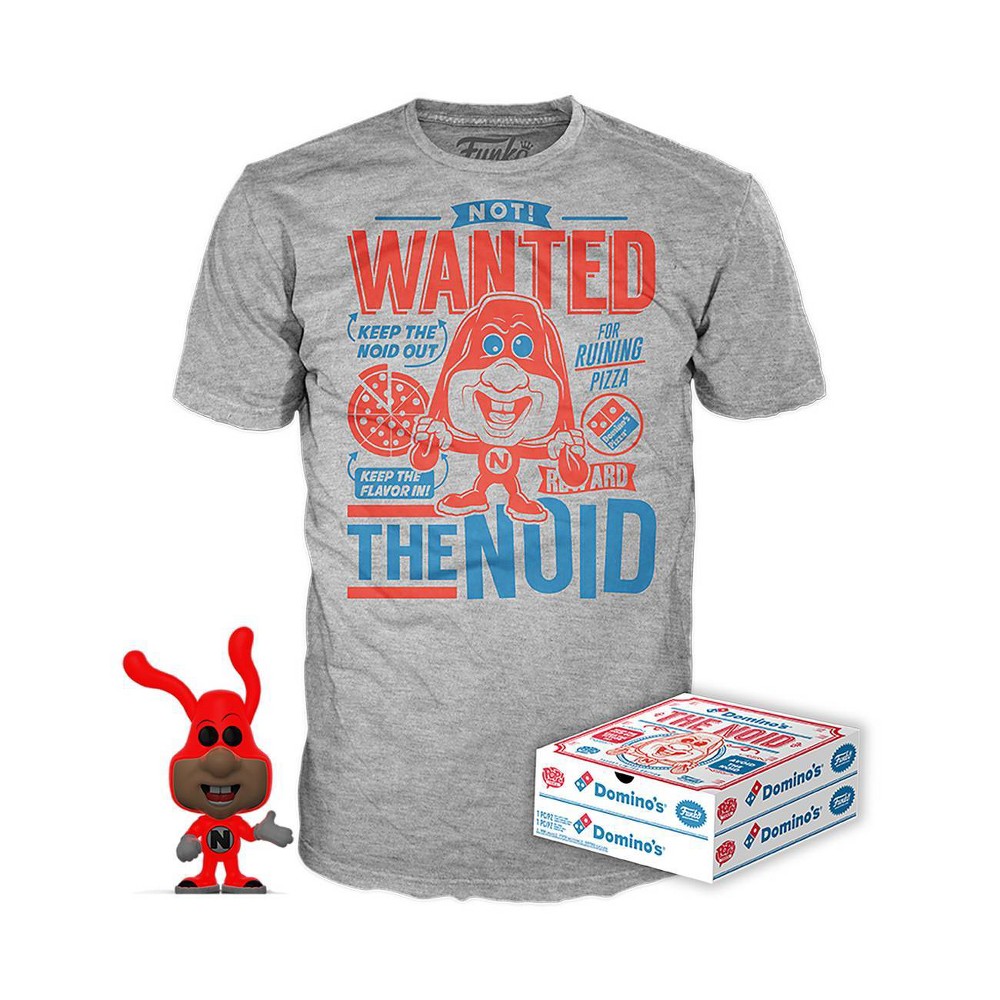 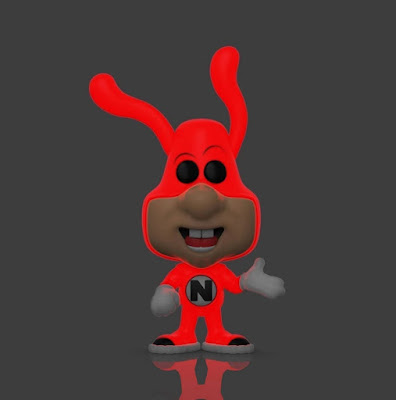