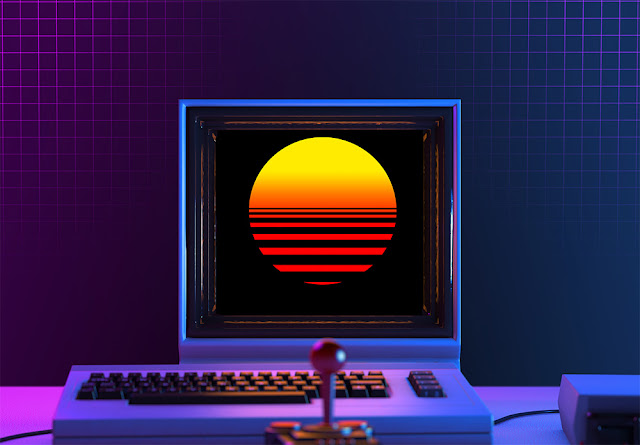 Today, the internet never far away. With a few clicks of your phone, laptop, or numerous devices we own we have access to a wealth of knowledge. However, this wasn’t always the case. Once upon a time, the internet was a very different place and the experience of users 40 years ago would be beyond a hassle to us today.

The internet was first created at the beginning of the '80s starting a revolutionary digital era that we know today. But what was the internet actually like in the '80s?

As stated, when you consider the internet today, you only have to power up your computer or open your phone. From there, you just have to click a few buttons and your internet provider takes care of the rest.

This wasn’t the case in the ‘80s. For one, most of the internet users - especially in the early ‘80s - weren’t private users. In 1981, there were only around 200 users of the early network CSNET. This is an insanely low number compared to the 4.5 billion (and growing) in 2020.

In addition, the early internet actually pre-dated the dial-up internet of the ‘90s. Instead, users in the ‘80s depended on a pre-dial-up option known as USENET invented by Tom Truscott and Steve Bellovin in 1979. Like dial-up, it accessed the internet via phone modems. This meant that the idea of being on a phone call on the landline and being on the internet were two mutually exclusive ideas and there were no efficient and customer-facing internet service providers back then!

The beginning of the decade also marked a change in the infrastructure of the internet. As already mentioned, CSNET was in use by many internet users in 1981 but the decade also saw the development of other protocols such as those by BITNET and by DARPA.

The most widely used protocol was TCP/IP protocols but they weren’t universal. DARPA worked hard to transition the network into this protocol while Bill Joy, an innovator at Berkeley, used the protocol to create the Unix operating system.

Today’s internet-enabled devices are made to be as convenient as possible. Aside from smartphones, many people use laptops smaller than a textbook and desktops that are comparable to small flatscreen TVs.

In the early days of the internet, this wasn’t the case. The technology used to make a computer run hadn’t been minimized yet and it took more space to hold all the hardware needed for the device to run.

Most people today have at least seen the box-shaped monitors of the '90s but in 1981, users were surprised to see the Osborne. This was about the size of a suitcase and weighed around 24 pounds. While this seems antiquated today, it was the first portable option for computer users and was revolutionary compared to the room-sized machines of the late ‘60s and ‘70s!

Computer Games In the 1980s

Today, with the revolution of platforms such as Steam and Origin, video games online are a commonplace sight. Many users even use online games as a time-waster when they’re waiting around.

Back in the 1980s, users weren’t a quick Google search away from games to play. Nowadays, it's easy to search for all kinds of gaming like online casino United States with just a click. Instead, most gamers in this era relied on MS-DOS or the Commodore 64 if they were going to play games on their computer at all. These 8-bit games were considered revolutionary at the time but likely wouldn’t engage someone who’s used to today’s graphics and design as well.

Even more interestingly, modern users would be surprised to see how little these games relied on the internet. While some did rely on this connection, it was more common that they relied on actual discs or cartridges.

The Spread of the Internet

The concept of the internet as we know it today started in California but it didn’t become a sensation right away. Today, there’s at least some popularity for the internet in almost every country. However, large countries like the United Kingdom, Japan, Mexico, Australia, and Germany didn’t fully come on board to the idea until 1989.

If you weren’t alive in the ‘80s or never had to use an older system, it can seem almost unfathomable to imagine a world where the internet existed by was much less popular and arguably more inconvenient. However, understanding the roots of a modern lightening technology is key to fully appreciating what it can do for you today.