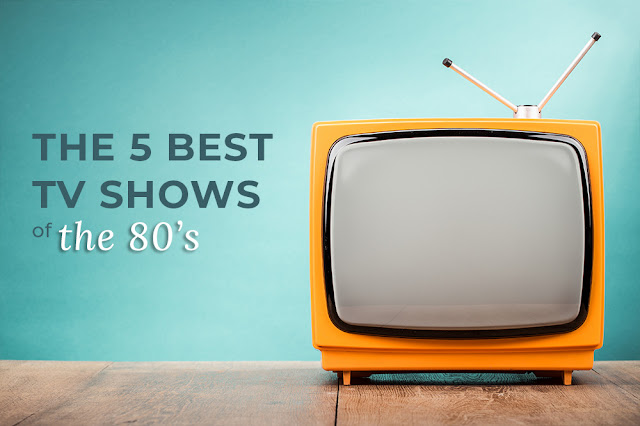 Classic shows give everyone a great chance to skip down memory lane and have a nostalgic binge session. The 1980s was a golden decade for TV but these are five shows that stood out above the rest to define the decade on the small screen.

No list of popular shows from the 80s would be complete without at least mentioning Knight Rider. The original show lasted from 1982 to 1986 and spawned a total of three other TV series, three movies, and five video games. One of the TV series aired as recently as 2009 under the original Knight Rider name but following the original protagonist’s son, Mike Knight.


The show starred Michael Knight who fought crime. The unique aspect of the show was its science fiction addition of Michael’s talking car, KITT. KITT was a car enhanced with artificial intelligence to not only be helpful but nearly indestructible as well with the full title Knight Industries Two Thousand. It was Knight Industries that sent Michael on his quest.

The A-Team broke free of the popular line of cop shows and sitcoms to be an action-adventure series all of its own. It’s cast included plenty of stars, most notably Mr. T who became one of the most iconic actors of the decade. Between 1983 and 1987, the show lasted five seasons and included 98 episodes.

Originally airing on NBC, the show was about an - unfortunately fictitious - U.S. Army Special Forces unit named the A-Team. The series started with members of the A-Team being court-martialed but all claiming that didn’t commit the crime tacked to their unit’s name. From there, they break out of the military prison they’re trapped in and the team starts a second life as a group of soldiers of fortune.

The Golden Girls is an ultimately timeless show that still sees regular reruns even today. You’ll find The Golden Girls on major streaming services and TV providers, as well as plenty of memorabilia and slogan t-shirts from the series more recently.

A large part of the reason that the sitcom that ran from 1985 to 1992 still stands up is its all-star cast. While Estelle Getty, Bea Arthur, and Rue Clanahan have sadly passed away since filming ended, the iconic Betty White, who played Rose, is still going strong.

It was also remarkable for its unique premise. Most of the sitcoms that ran in the '80s and '90s were about family life and featured some version of a family with a mom, dad, and kids. Instead, the story followed a set of four older women as they went about their daily lives. It helped that the women were all well-acted, witty, and most people still recognize the theme song, "Thank You for Being a Friend," to this day.

Miami Vice ran for five seasons with a total of 112 episodes. This drama followed the popular neo-noir crime series style that the decade enjoyed so much and starred Don Johnson and Philip Michael Thomas. The two played a pair of detectives from the Metro-Dade Police Department in Miami named James Crockett (“Sunny”) and Ricardo Tubbs (“Rico”), respectively.

This show stood out from its procedural cop show peers by being a little more modern for the time. The effects and New Wave music it used stood out and even earned it accolades such as a spot in People Magazine’s “Top 50 TV Shows” list.
The show originally lasted from September 1984 to January 1990 but it didn’t breathe its last gasp at the turn of the decade. Michael Mann, the executive producer of the original show, returned to release a film adaptation of the show in 2006.

Cheers was a sitcom that first aired on September 30, 1982, and finally ended on May 20, 1993. Over its lifetime, it produced 275 30-minute episodes spanning 11 seasons and was considered a popular cult show of the era.

The main setting of the show was a bar that shares the show’s name in Boston and focused on a group who came into the bar to relax, drink, and generally spend time together. The show used a theme song titled "Where Everybody Knows Your Name" which also served as a catchphrase for the show as well.

It was so popular that the show didn’t fully end with its finale either. It was followed by a spin-off show of equally high-caliber fame, Frasier. Other spin-offs included a Spanish version of the show by the same name and The Tortellis. There were also crossover episodes with Cheers characters on St. Elsewhere and Wings.

Each of these shows in the list has earned its place in not only TV history but many people’s hearts no matter what decade they were created in!
Newer
Older
Powered by