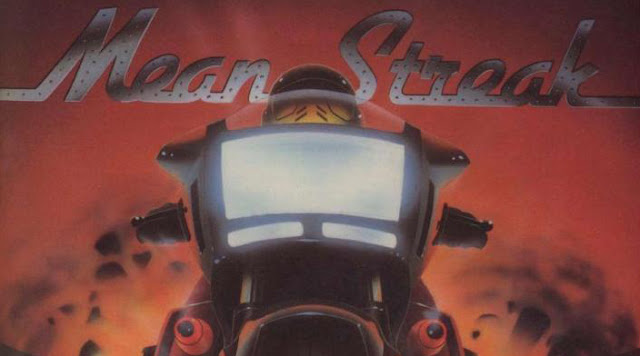 Mean Streak is a 1987 motorcycle combat computer game developed by Dalali Software and released for Commodore 64 and Spectrum ZX in the UK. It was published by Mirrorsoft and had the player take controls of a motorcycle which darted through this dangerous Mad Max style world. The following promotional ad caught my eye in the Nov 1987 issue of Computer and Video Games Magazine: 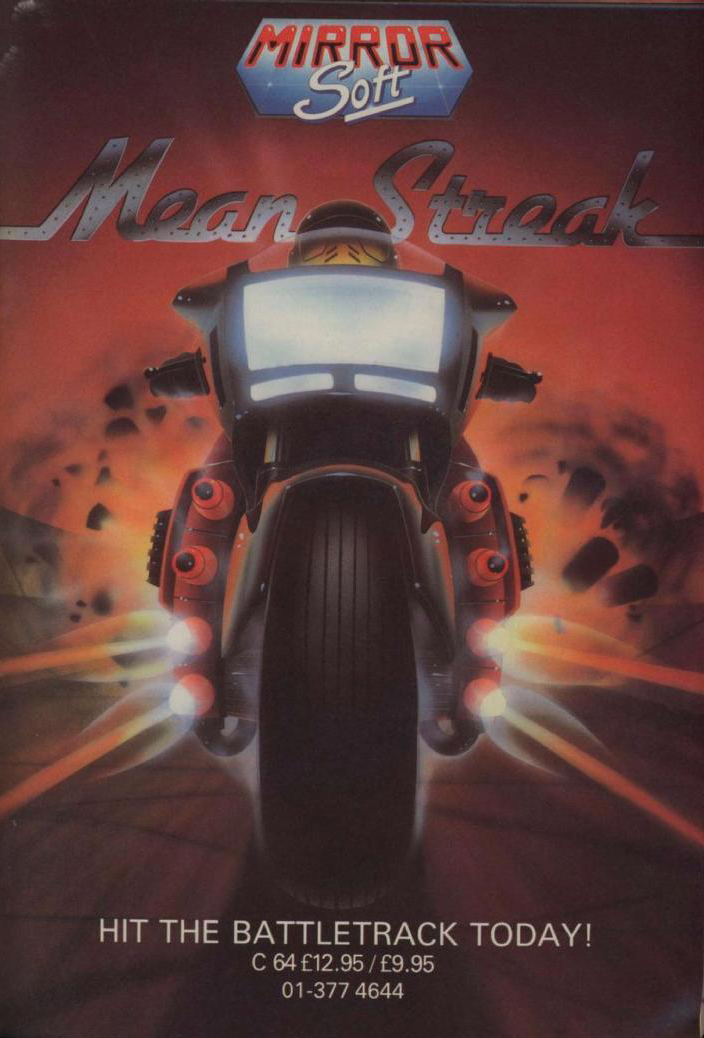 My love for the TV series Street Hawk is what primarily captured my attention to this ad. While Street Hawk had its own computer game a year earlier in 1986, Mean Streak's motorcycle is similar in style with its outcropping guns from the frame and rectangular headlamp. At first glance, the pilot seemed to indicate a Lego character but what I mistook as eyes are actually the breathing holes for the reflective helmet. For more on Mean Streak, visit Moby Games or play the game at the Archive.org emulator.