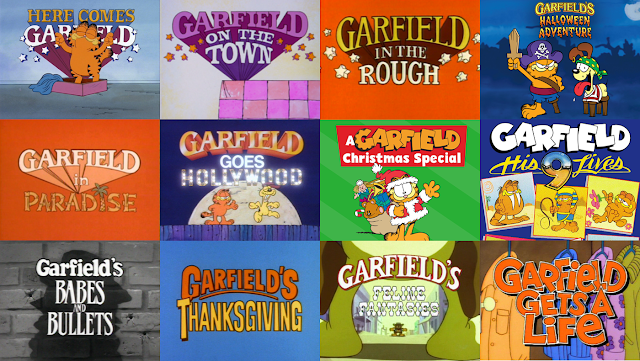 Before the Garfield and Friends animated series became a staple on Saturday mornings, the famed feline created by Jim Davis first appeared on television through animated specials. For nearly a decade from 1982-91, Garfield's TV specials were highly regarded as quality programming for kids. Each special was nominated for the Outstanding Animated Program Emmy award with four specials bringing home the trophy. Those beloved 12 Garfield TV specials are now available on Tubi to stream for free!

Garfield's holidays specials (Halloween, Thanksgiving, Christmas) are still an annual tradition in my household but beyond those three, it's been years since I've watched most of them. Some specials have popped up on YouTube for a time but the only sure way to watch the holiday specials was to own the Garfield Holiday Collection DVD set. Sadly, it appears the set I own is out of print but Amazon does offer two sets containing a pair of specials: Happy Holidays Garfield which has A Garfield Christmas and Garfield's Thanksgiving and Garfield's Halloween Adventure which also features Garfield Goes to Hollywood.

Thankfully, all 12 Garfield TV specials are now available on Tubi for our enjoyment! Here they are in chronological order:

Beyond the holiday specials, I have watched Garfield in Paradise on an annual basis just because it was also included in my DVD set. The other 8 specials will be a total rediscovery for me (or potentially a first time viewing) and I'm looking forward to binge watching a marathon of Garfield!

Click over to Tubi now to begin watching the specials under the Garfield and Friends header. What are your favorites?
Newer
Older
Powered by