The Greatest Card Games and Board Games Played in the '80s 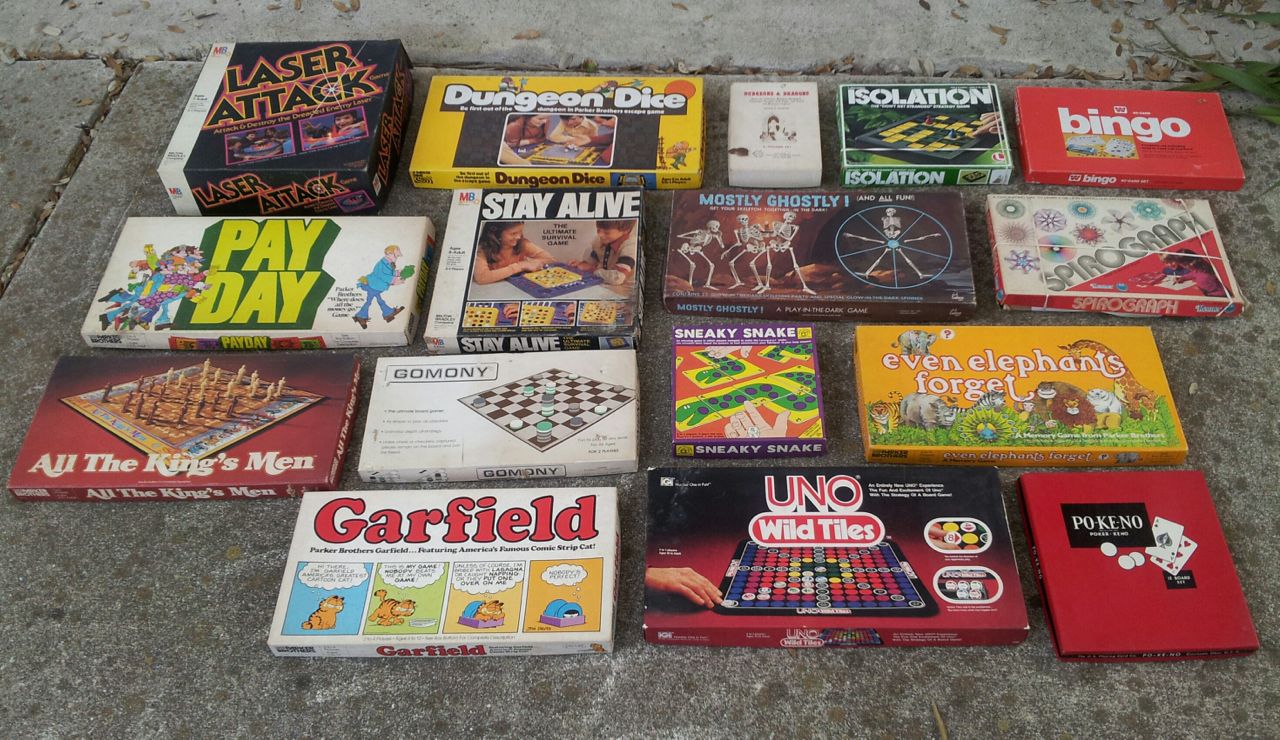 Do you still remember the best card games and board games from the '80s? Your answer must be ‘Yes’ if you belong to that era. Childhood memories are unforgettable. We all had great times with loved ones. Golden days when we all used to sit together and experience fantastic entertainment. There was a plethora of card and board games that kids from the '80s enjoyed during their early years.

Although the world has become modern and hundreds of innovative gaming solutions have been developed today, the charm of the old card and board games are still the same. In this article, we are going to recall some of the most inspirational board and card games played in the '80s. Some of these games were created in the '80s while other were created earlier and were still popular during the decade. So, let’s check them out without delaying any further!

Hungry Hungry Hippos is one of the greatest board games played in the '80s. This fun-filled tabletop game was produced by Hasbro under the Milton Bradley brand and introduced in 1978. 2-4 players can play the game without following any hard rules. No special skills are required to play and win the game. The main job of each player is to gather as many marbles as possible. The player uses his hippo to collect these tiny marbles. One complete gaming session doesn’t take more than 10 minutes. It means kids don’t get tired. The game is still very popular in today’s world. It has also been referenced in Toy Story 3 and The Simpsons. 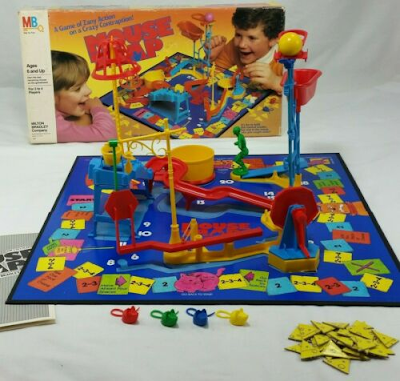 You can’t ignore Mouse Trap while talking about the best board and card games from the past. Originally released in the '60s, it was redesigned in the mid-70s and had a resurgence in the '80s. The addictive gameplay made this board game worth playing time. It can be played either by two or four players. In the Mouse Trap, players join hands together to build a mousetrap. After building a mousetrap, participants become opponents and try to trap each other’s game pieces. It’s really a fun thing to do when you have got some extra time to kill. The game is suitable for kids over 6 years and requires finger dexterity.

Gin Rummy is one of the oldest card games that involves 2 players. It has gained massive popularity not just in the United States but in many other regions of the Western world. It continued its popularity in the '80s with variations like Rummy Rumble and Scrabble Word Rummy. Created by C Graham Baker and Elwood T. Baker, Gin Rummy or simply Gin was enjoyed both as a gambling and a social game. It is still very popular among gamblers who love playing at a $1 deposit mobile casino. It is played clockwise and the average playing time is 15 minutes. The basic skills needed to play this game flawlessly are strategy, tactics, and memory. Two players play this game with a standard deck of cards. The main objective is to score 100 points.

Chess is one of those board games that need no introduction. It is still very popular among folks of all ages and had new variations in the '80s like the computer game Battle Chess and handheld electronic versions. It’s a two-player game. Participants need to think strategically to knock the opponent. There’s no hidden information included. Everything is on the table. Each player begins Chess with sixteen pieces including 8 pawns, 1 queen, 1 king, 2 bishops, 2 knights, and 2 rooks. Queen is the most dominant piece in the game. On the other hand, Pawn is established as the weakest element. The main objective of Chess is to checkmate. Anyone having logical thinking can take pleasure in playing Chess anytime.

Contract Bridge is a card game that includes a standard deck of 52 cards. It is also known as simply Bridge in some regions. Four players can play the game using their communication, tactics, probability, and memory skills. The game is played by thousands of people in tournaments, clubs, casinos, online, and even at home. It is equally popular among youngsters and seniors. Due to immense popularity, the Bridge is governed by the World Bridge Federation. In the 1980s, forcing-pass methods were popular especially in Poland (where they started), Australia, and New Zealand but were eventually banned in international play.

Go belongs in the ancient game category. No one knows about the true origin. According to some sources, it was invented over 2,500 years ago in China. The first international tournament was developed in 1989. Go is played by two participants. The main objective is to cover more area than the opponent. Many of us have played the game at some point in our lives. It is still very famous in different regions. After conducting a global survey, the International Go Foundation discovered that 46 million people knew how to play this game. Although it is a cosmopolitan game, it has an enormous craze in East Asia.

Humans have been interested in games from the beginning. The reason behind the early liking is that we like exciting activities. Board games with cards are considered to be a wonderful source of entertainment. That’s the reason they never get old. Auspiciously, the board and card game industry is making progress by leaps and bounds even in today’s age. This marks their bright future despite the innovation of the online gaming industry. No doubt, internet-based gaming has changed the world. However, you’ll still find millions of people focusing on board and card games. They are harmless to the eyes and strengthen mortar skills of children.
Newer
Older