Play Video Games From Your Keychain With Thumby, Now on Kickstarter 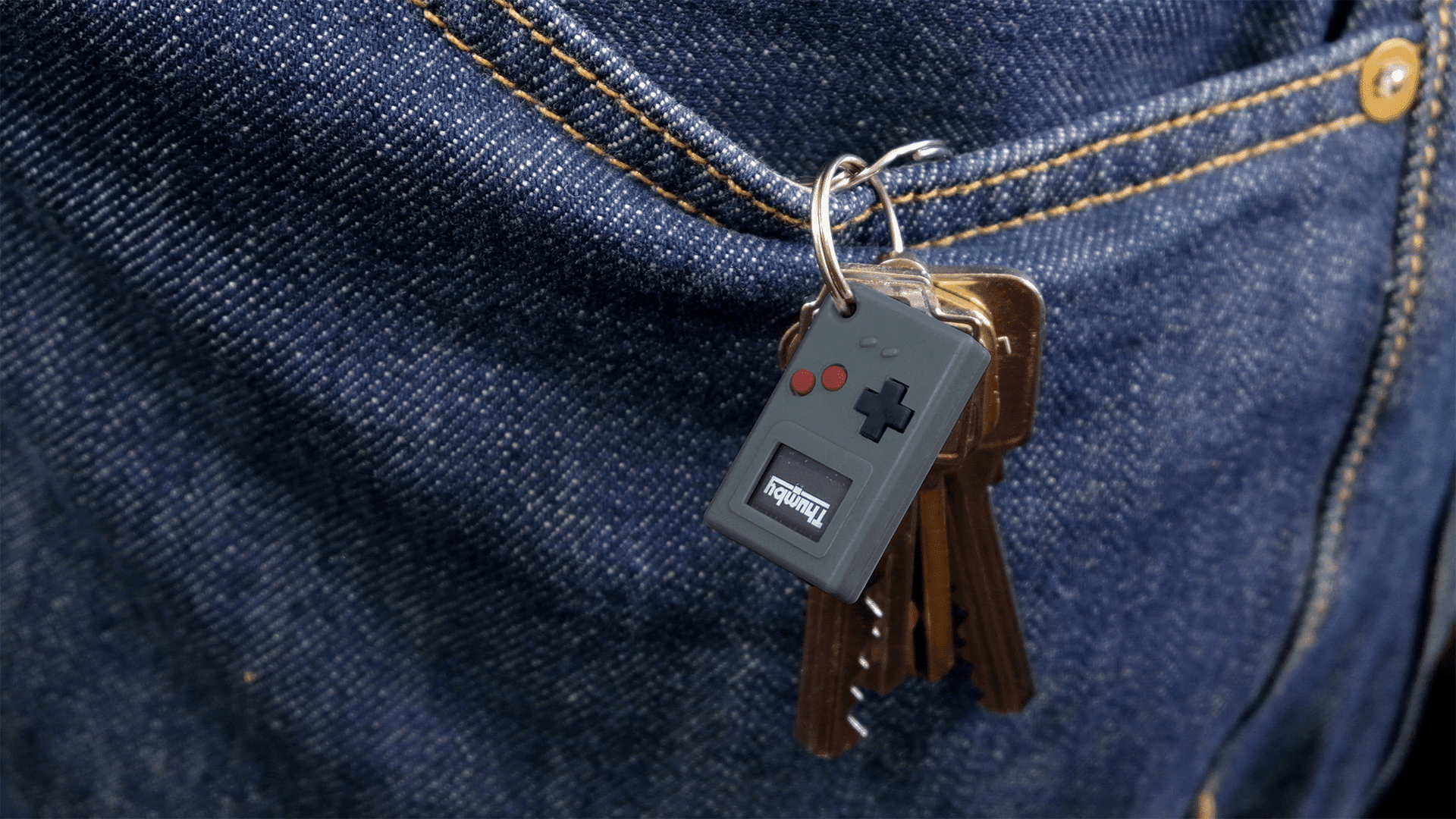 Those of who remember when video games became portable, probably think about the handheld LCD games like Nintendo's Game & Watch series and Tandy games from Radio Shack. While they had very limited gameplay, it made us gamers on the go and we could play as long as our batteries lasted.
When the Nintendo Game Boy came along in late 1989, the portable 8-bit console was a true game changer. Not only were the graphics and gameplay a vast improvement from LCD games, we could now play multiple games on one device! Atari Lynx and eventually Sega Game Gear would rival Game Boy but they couldn't quite top its popularity.
Nowadays, technology like Raspberry Pi has made tiny arcade cabinets a fun collectible product. TinyCircuits has now gone a step smaller in the tiny market with Thumby, a small Game Boy-like console that fits on a keychain. It comes preloaded with five games that you can play on its monochrome screen for true nostalgia kick on the go.
The Thumby Kickstarter Project is now live and retrogamers can one for just $19 or pledge a little more and choose your color! As of posting time, it is almost completely funded within hours of going live!
I was lucky enough to receive a prototype Thumby and you can see it in action during my review below:
Check out the official press release below for more details on Thumby.

Akron, OH – TinyCircuits is proud to announce the launch of Thumby, the tiny playable keychain, a throwback to the ‘90s, and a fun way to personalize your style. The Kickstarter will go live September 28, 2021.

Thumby was built on the Raspberry Pi RP2040 processor and has fully functional electronics, including a buzzer, battery, power switch, gameplay buttons, micro USB for charging and programming, and a 72x40 OLED monochrome screen. It comes preloaded with 5 retro games. But even more exciting – users can easily get involved in recreating their favorite ‘90s games (lookout for fun programming tutorials!).

“We’re all makers here and we’re able to make projects that don’t exist, but we wish would exist in reality. Thumby came from our nostalgia for ‘90s retro games (we have a collection of game cartridges and an arcade in the back). Wouldn’t it be cool to have a well-crafted, meticulously made small keychain that is actually playable and programmable? And we can make that happen because we specialize in tiny circuits and design and manufacture in house,” says Ken Burns, President of TinyCircuits.

“My goal with Thumby was to make the smallest game console,” says Ben Rose, Principal Engineer in charge of building both the software and hardware of Thumby. “When people see tiny, they think cheap. We designed a high-quality product with a powerful processor that defies its size.”
Ben continues, “Thumby started out as my personal project, but as we saw people’s reactions to the prototype, we knew we wanted to make it into a new TinyCircuits product so that more people can put it on their keychain, enjoy playing it, or even create their own games.”
Measuring at 1.2” x 0.7” x 0.3” (29.5mm x 18mm x 8.5mm), Thumby is TinyCircuits’ smallest and most powerful product yet. The initial color release will be a classic grey with a black directional pad and red A/B buttons. Stretch goals will release additional colors.
The regular price of a Thumby is $19. Only 50 limited early-bird editions will be at 50% off! Be the first to know when Thumby is available: add your email to the waitlist at https://bit.ly/3zm7MZX.

Based out of Akron, OH, TinyCircuits was originally started in 2011 by founder Ken Burns as AkroSense LLC, with the intent to develop cheap, smart (very easy to use), and tiny sensors.