Fun Activities You Can Do on Your Couch ('80s Style) 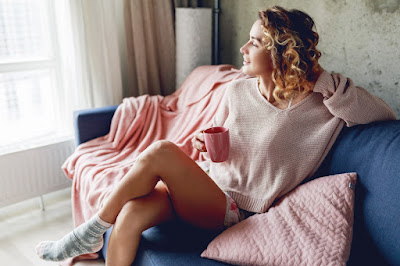 When people reminisce about the '80s, they’ll often say: "You just had to be there." Undoubtedly, it was one of the most fun, creative, and inspiring decades the world has ever seen.

Fashion (high waisted jeans, anyone?), haircuts (one word: mullets), and music (pop icons in their prime like Michael Jackson, Prince, and Madonna) peaked during the '80s, that’s for sure. It’s hardly surprising that nostalgia levels for this era are so high – if people had a time machine, many people would go back to the 1980s in a heartbeat.

Even though the '80s are now in the distant past, that doesn’t mean you can't do popular activities specific to the decade from your home – and even, your couch. Sound fun? Let’s get started.

Countless iconic movies were released during this decade. Thankfully, most classic 80s movies are available to stream on Netflix, so don’t hesitate to binge watch the very best ones in a day.

Here are some of the best '80s movies to choose from:

To get in the mood, you should stream some music from the '80s.

There are numerous singles and albums to choose from whether you tastes are pop, new wave, heavy metal or R&B. Songs from the Big Chair by Tears For Fears is incredible. Not to mention the most successful album of all-time Thriller by Michael Jackson which many critics also deem to be the best music project ever.

In case you didn’t know, casinos were insanely popular in the '80s, particularly in hotspots such as Las Vegas. The popularity of casinos was largely driven by Hollywood, as many movies around that time period would feature luxurious casino scenes. For example, Rain Man (1988) featured one of the all-time great casino scenes which helped to turn Tom Cruise into a global name.

From your couch at home, you can experience the magic of casinos by playing them online – all you need is a smartphone, tablet, or laptop. There are many online casinos that you can join, but for the best variety of games, you should sign up with Ruby Fortune casino.

When you’re chilling on your couch, you might not be looking your best, but that doesn’t matter: it’s time to take some '80s-inspired selfies.

Many apps, such as Snapchat, have tons of '80s filters that you can use, so make sure to favorite them!

Give yourself an '80s haircut

Gaming, movies, and music were some of the major high points of the '80s – but let’s not forget about the fashion, too. Recent world events led many people to test out their barber skills at home (some failed and some succeeded).

However, you’ll be relieved to know that '80s hairstyles – such as the mullet and rocker’s hair – are much easier to immaculate than modern-day cuts.

So, grab some scissors, hair spray, gel, and a mirror, and see what happens.
Newer
Older