Interview with Chris Difford of Squeeze 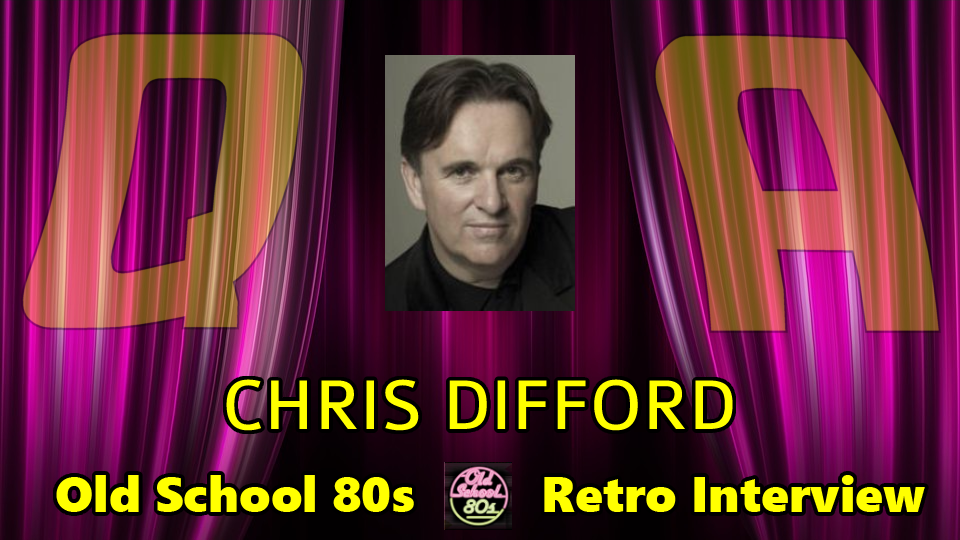 (This interview was originally published January 18, 2013 on the now-retired Kickin' it Old School blog. It is one installment in an incredible series of interviews we are republishing on Rediscover the '80s for posterity and your enjoyment. These are more than just interviews in a way; they are more like '80s timelines or oral histories on their respective subject matters. Please keep in mind the original date because some content could be specific to the time of the interview, though the majority should be timeless and totally rad.) 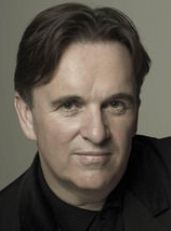 This time that awesomeness is Chris Difford. He is best recognized as one of the founding members of the band Squeeze. The songwriting due of Difford and Tilbrook co-wrote all of the band’s songs including their biggest hit, 1981’s “Tempted”. The English band was much more commercially successful in the UK, but “Tempted” became their first American breakthrough and is a truly special song, in my opinion. Find out a little about Squeeze, that splendid hit song and more as we get on to some selections from my interview with Chris Difford…

Q: When did you know you wanted to be a professional musician? Please tell us a little about what you did earlier in your career before Squeeze.

Chris: Before Squeeze, I was out of work and fresh out of school. I knew I wanted to be in a band from that age. I read about bands all the time and knew it was the job for me… despite parents who hated the idea.

Q: Please tell us a little about when and how you met Glenn Tilbrook. Did you just click musically right away? 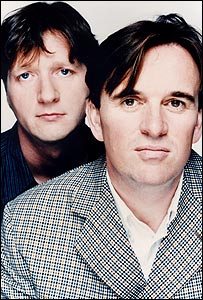 Chris: We met in 1973, and we seemed to get on pretty well and were soon writing songs together within the first three months. We inspired each other in very different ways, and we soon found how different we were yet so similar in the fact we both liked writing songs. We both wanted a band and a record deal, like most young kids.

Q: What can you tell us about Glenn Tilbrook as a musician and person? Please tell us a little about your songwriting partnership and process and how that dynamic worked. Was writing lyrics always your strength?

Chris: Lyrics has always been my thing. These days Glenn writes his own and contributes where he feels fit. Glenn is a loving person who knows how to make records. As we have grown older, our views have spread apart, but seem to be coming back together again now. I write the words, he writes the music.

Q: Then when and how did Squeeze come to be? Who came up with the band’s name and did anything inspire it?

Chris: Squeeze started in 1974 with Jools [Holland, keyboards] in the band. The name came out of a hat, nothing more than that I’m sorry to say. We were very much a band and everyone played equal parts in the early organic growth of the songs and the personality of the band, as eclectic as it was.

The band formed in Deptford, London and had several successful albums in the UK during the late-70s. A couple of their biggest hits were “Cool For Cats” and “Up The Junction” which both reached #2 on the UK singles chart in 1979, but neither cracked the U.S. charts. Keyboardist Jools Holland left the band for a solo career in 1980 and he was replaced by singer-keyboardist Paul Carrack as Squeeze went to record their fourth studio album, 1981’s East Side Story.  In addition to Carrack joining the band, Elvis Costello came in to co-produce the album as well.

Q: Squeeze had its biggest U.S. hit with “Tempted” which was released in 1981. Please take us back to when it was written and recorded. What inspired your lyrics? How long did it take to write?

Chris: It took 20 minutes to write the lyrics. The music took a week, according to Glenn. It was written in a taxi on the way to catch a plane. What you hear is what I saw and felt on that journey. 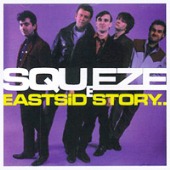 “Tempted” was the second single released from East Side Story. Even though most Squeeze songs featured Tilbrook on lead vocals, this one featured the buttery blue-eyed soul of Paul Carrack who, as the lead singer of Ace, had a hit song previously with “How Long?” The single had what it takes to catch the attention of Americans and cracked the U.S. chart for the first time peaking at #49 on the Billboard Hot 100. I am surprised that it did not chart much higher, because I consider it one of my favorite songs from the very early-80s. Here is the video for “Tempted” by Squeeze…

Q: How many of your songs come from personal experiences? 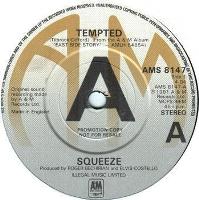 Chris: Most of what I write comes from the heart of my imagination, what I see and feel is what I write. I make up things.

Q: As I told you, I have always loved “Tempted” even though the second line “A flannel for my face” took a while to make any sense to me. Do you get questions about that line often especially from Americans? Did you ever consider a different word there?

Chris: No, never considered changing that because it makes sense to me. I like the idea that in America things seem different in songs written in the UK, just like “sunlight on the lino” [short for linoleum from their 1978 song “Goodbye Girl”]. 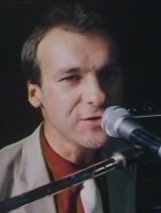 Q: Why was the decision made to have Paul Carrack instead of Tilbrook sing lead vocals on “Tempted”? I love Carrack’s voice. What can you tell us about Paul Carrack and your experiences working with him?

Chris: Paul is a wonderful person. I love his voice and his being. He joined the band for just one album. We shared a manager at the time. Elvis [Costello] thought Paul should sing the song. How right he was and that has put many a crust on the table.

Q: Elvis Costello produced the album and even sang a couple lines in “Tempted”. What role do you feel Costello specifically played in the success of this single? What can you tell us about Elvis Costello and your experiences working with him? 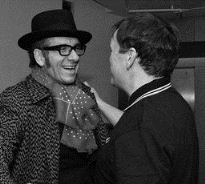 Chris: Elvis is a very generous person and his work on the album makes it what it is today, a time piece. My favorite album. Having a producer is vital with a band, someone needs to make things even and help channel everyone’s thoughts. Elvis is so great at inspiring people, he certainly did me.

Q: Did you have any feeling ahead of time that the single was going to be something special or have the success (especially crossover into the U.S.) that it did? 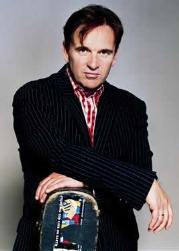 Chris: I knew it was going to get radio play, and it did. Apart from that, it’s been used in many TV commercials. All good if you own the masters, but we don’t.

Q: Other than that, what are your feelings about “Tempted” now over 30 years later?

Chris: As a song, it grows and grows. It’s been a dear friend. Even I can sing it these days.

Chris: I can’t remember the '80s but I must have been there. I have seen the bills and the divorce papers.

Carrack left the band after the release of East Side Story and he went on to have success singing for Mike + The Mechanics and had a solo hit single in 1987 with “Don’t Shed a Tear”. About a year after that, Squeeze decided to break up in 1982. Difford and Tilbrook continued to work together and even released an album in 1984. They decided to re-form Squeeze in 1985 and after several line-up changes over the years, they ended up breaking up again in 1999 as Difford and Tilbrook pursued separate solo careers. Then in 2007, Difford and Tilbrook decided to re-form Squeeze once again. They are continuing to tour while also writing/recording new music.

Q: What is the status of Squeeze today? 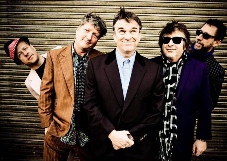 Chris: Squeeze has just been in a busy year, three tours and recording. Right now it’s resting while we talk about where it goes next. It’s like a circus, we wait until we can find an emotional field to put up the tent again.

Q: What else is Chris Difford up to nowadays?

I am very honored that Chris was able to take some time to answer some questions so I could share them with you here. I focused primarily on the band’s biggest U.S. hit, but be sure to check out the band’s official website to find out more and keep up with everything Squeeze has going on now – SqueezeOfficial.com. You can also keep up with Chris specifically at his site ChrisDifford.com. I want to take this occasion to again thank Chris Difford for his contributions to '80s pop culture especially through “Tempted” and, even more, for going back to the '80s with us here for a little while as well (even though he said he couldn’t remember the '80s).